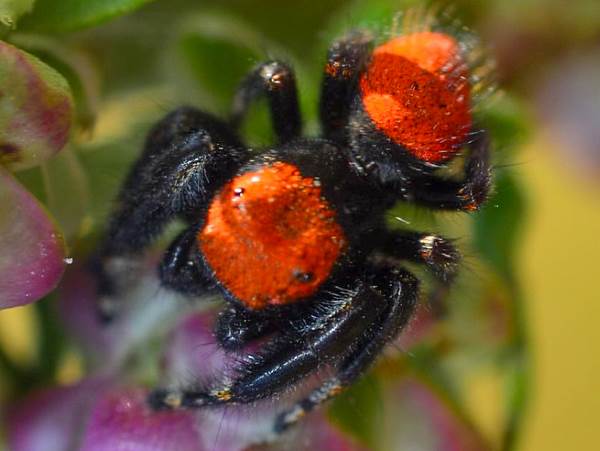 Welcome to the New Mexico spiders page. Researchers at New Mexico State University sure do know their spiders. Their database of Southwest spiders contains over one thousand species that covers 57 spider families. (insert the relevant Go Aggies here:)

That’s a lot of spiders, and the warm climate for many areas of the state translates into spiders year round. This introduction provides an overview of basic types of New Mexico spiders. Please press the green spider ID button for pictures and descriptions covering many more species.

Organizing the presentation in order to make it easier to grasp starts by stating approximately eighty percent (80%) of New Mexico spiders fit into one of ten spider families.

The common names of some of these spider families such as jumping spiders, cobweb spiders, orbweavers, wolf spiders and crab spiders sound familiar to most people because they are present year round in many yards from Las Cruces in the south to Albuquerque in the center of the state.

In cooler areas of the state, especially in the north and mountain areas, the spider season probably lasts from early spring through late fall.

The picture at the top of the page shows a jumping spider in the Phidippus genus. They are probably the largest and most colorful of the jumping spiders and therefore stand out on the back yard bushes and flowers. Twenty five species have been documented in the state.

Red head and abdomen are clues to a few Phidippus jumpers such as the Cardinal Jumper, Whitman’s Jumper and the Apache Jumper. Looking for patterns on the body helps with spider identification down to the species level.

The lack of a white band around the red abdomen suggests the Apache Jumper, phidippus-apacheanus. It’s common in the Midwest from North to South, and West to the Rocky Mountains. 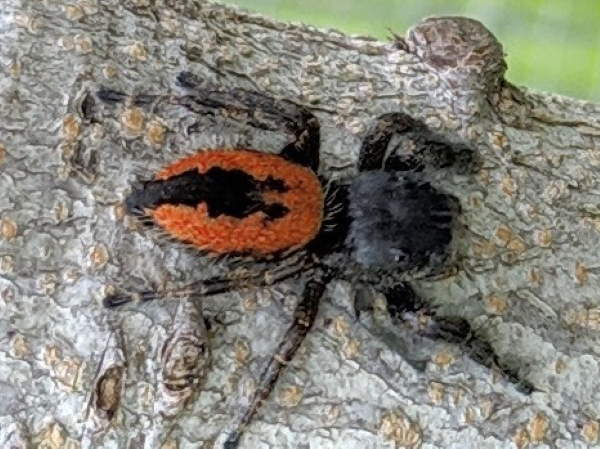 Compare it to the picture directly above of Phidippus johnsoni, another jumping spider with a red body. The lack of a red head and the presence of a pattern on the abdomen help distinguish the two species. 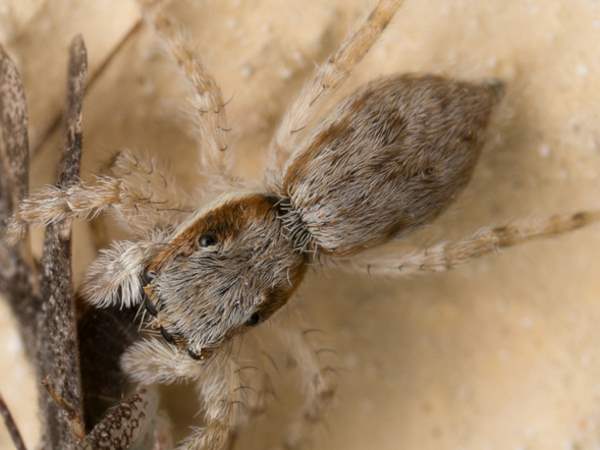 Gray Wall jumpers can be found on the sides of homes and other buildings in most areas of the state. 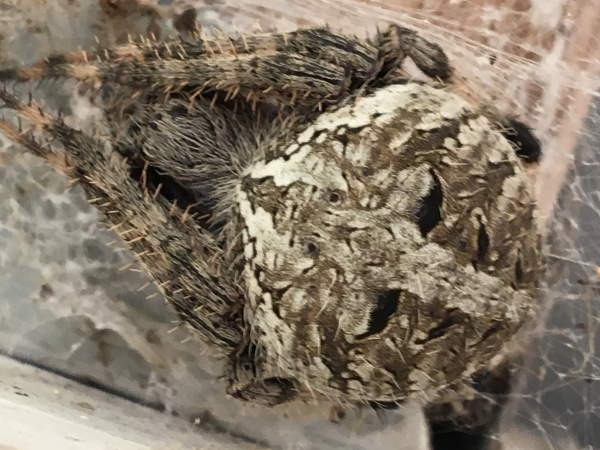 Round webs hanging on trees and shrubs in the yards are common in all New Mexico residential areas. Araneus, Argiope and Neosconna represent the three most common genera of New Mexico orbweavers, although species from each genera do not always have a state wide range. 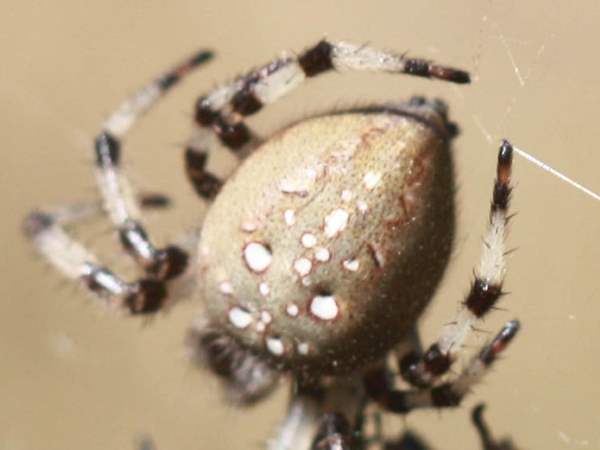 With a name like Shamrock Orbweaver, one might expect a spider with a green body. In fact, this is one of the most colorful of the Araneus spiders. Female bodies come in a variety of colors including green, red, orange, brown, tan and gray.

The circles on the abdomen and the banded legs are good field identification guides. Look for them in the forested areas of Northern New Mexico.

One of the common types of web spiders around the house go by the name funnel weavers. Over one hundred species have been documented, most with a limited, regional range.

Two groups of funnel weavers, with common names, grass spiders and a few with house spider names, often wander inside the house.

The picture shows a typical grass spider. Most species also look very similar with thin, striped brown bodies. The long spinnerets at the end of the abdomen help differentiate them from the wolf spiders. Outside the house, early morning dew often brings out their funnel webs in the yard.

While New Mexico has many wolf spiders, truth be told, with the exception of spider experts, most spider enthusiasts do little in terms of identifying them down to the species level.

The Rabid Wolf Spider in the picture counts as a general exception to the rule. It’s medium sized, about an inch in length. The bold stripes on the body give it a distinct look, unusual for most wolf spiders.

To date, five Brown Recluse spider species have been documented in the state. All look very similar with shades of brown bodies. The presence of a violin looking pattern on the thorax serves as the key identification clue on the otherwise brown body.

Fortunately Brown Recluse spiders do not want to engage with humans, and bites from them almost always happen by accident when a spider is hiding in clothes or shoes left around and put on without checking.

Most of the New Mexico species are outdoor species that live under rocks, trash and cacti. Three of the five species have a range limited to the southern area of the state, including Donna Ana county and the Las Cruces population.

Most concerns about cobweb spiders in New Mexico deal with the Western Black Widow. There might be Brown Widows in the state, however researchers have not documented them.

Because of the toxicity of female black widow bites, discussions about them tend to focus on their habitat. In residential areas they might pop up round the yard around sheds or objects not often disturbed by human activity. For example, the bottom of lawn chairs that are not occupied or moved for long periods of time might make a nice place for a web. 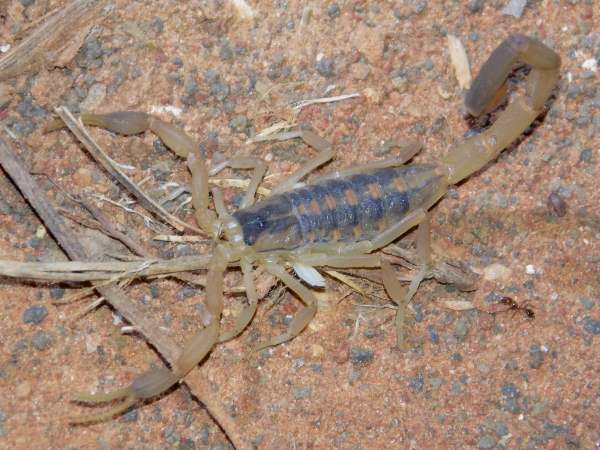 Only the Arizona Bark Scorpion, found in the southwest corner of the state, is poisonous.