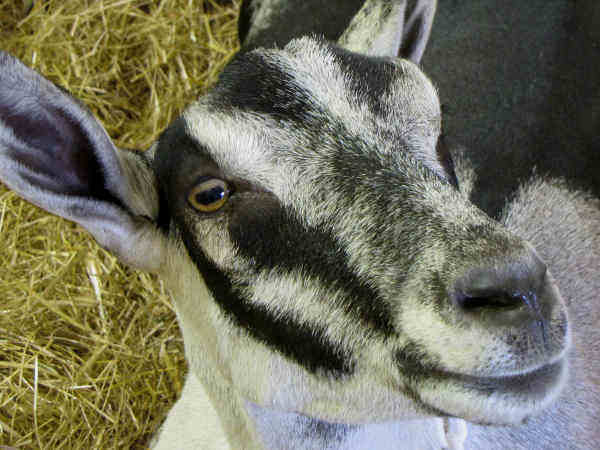 
Interest in animals extends across most sectors of society. Case in point, hardly a day passes without a mention of a favorite sport’s team and its animal mascot. Add in discussions of family pets and culinary discussions and it seems as if animals slip into discussions morning, noon and night.

Two types of animal talk dominate practical conversations. Practical home discussions commonly deal with critter management questions such as how to deal with unwanted rodents (rats, mice, raccoons, squirrels) the critter category, such as rodents, raccoons and the like. Outdoor recreation and travel topics organize the second kind of animals conversations.

Scientists organize their thinking and research about mammals by further dividing them into orders, or groups, that share additional physical characteristics. Depending on the source used, anywhere from twenty six to twenty nine orders of mammals live on earth constituting approximately 5,500 species. Some mammal orders are better known that others. Cross cultural perspectives often produce different lists of favored and unfavored mammals.

With the exception of one or two families, most people, for example, easily recognized the carnivores, especially the larger ocean and land families such as bears, cats, seals and sealions. 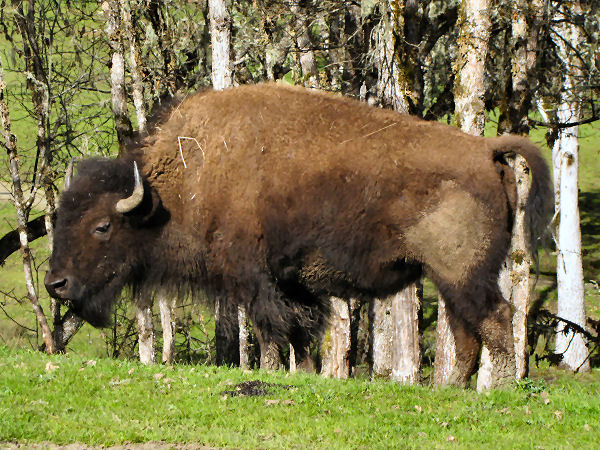 We know them as our favorite farm animals, cows, horses, pigs, sheep and goats. Formally they are called ungulates, a general term given to both the domestic and wild hoofed animals.

With the exceptions of Australia and New Zealand, wild ungulate populations inhabit most of the world’s grasslands and some forest areas. Outdoor travel and recreation that includes visiting local ungulate populations is the stuff of American song. Deer, antelope and more ungulates graze the fields from coast to coast. Here are some representative species, starting with the iconic buffalo, whose story runs deep in the country’s culture and history.

At one time, tens of millions of wild bison roamed American grasslands. Western expansion and the wholesale bison hunts that came with it, ultimately reduced the population counted in hundreds. Many of the remaining bison were bred with cattle, leaving a small pure bred population to survive in Yellowstone National Park and a few other areas. The Yellowstone bison population, first protected at the turn of the nineteenth century, now fluctuates from 2300 to 4500 animals, and the park remains a popular buffalo tourist destination. 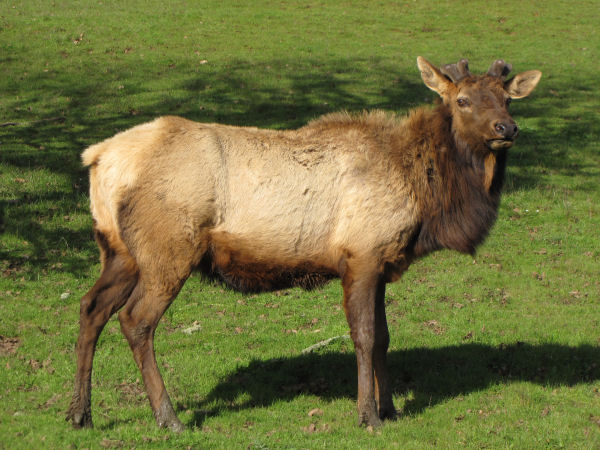 Roosevelt elk (Cervus elaphus roosevelti), one of the remaining subspecies, live in the coast forests of the Pacific Northwest and California.

The species is known not only for its size, second only to moose in the deer family (Cervidae), but also for its white rump patch. Males, like the one in the top picture, can weigh up to one thousand pounds. Their annual antler growth makes them a formidable foe against all natural predators in their territory, save humans.

In 1938 President Franklin D. Roosevelt signed legislation creating the Olympic National Park, on the coastal area of Washington State’s Olympic Peninsula, intending it to be an elk sanctuary. Seventy years later, the park is home to a thriving elk herd. 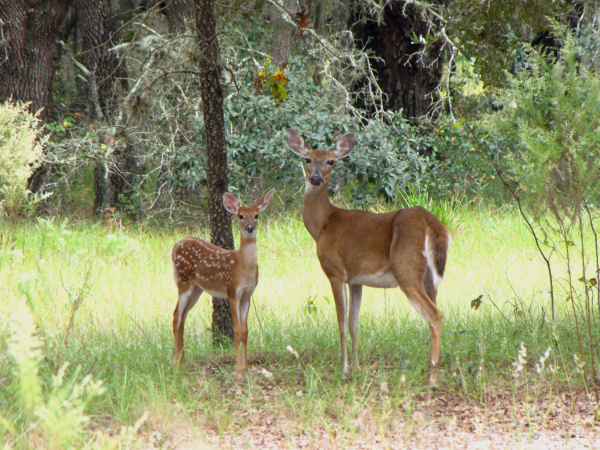 Without a doubt, the White-tailed Deer (Odocoileus virginianus) receives the title of the most wide spread of all North American ungulates. They can be found inhabiting grasslands and woodlands from Canada, south through Mexico, and even into northern South America.

Their wide range translates into close to forty different documented subspecies, with most sharing some basuc physical traits. Generally white-tailed deer are medium sized animals, about three and one-half feet tall, weighing about 250 pounds. Males grow antlers from March-August and shed them on an annual basis. 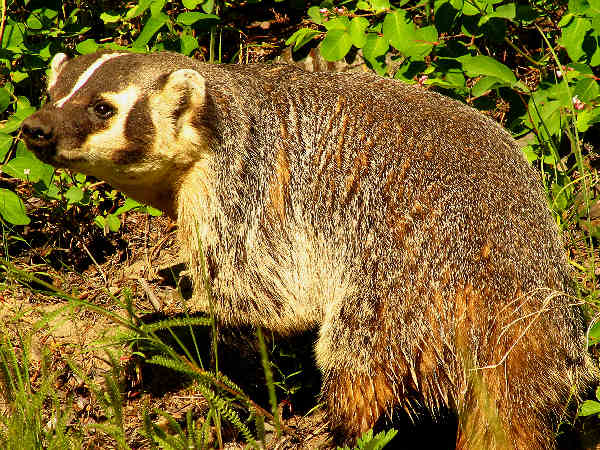 Eleven mustelid species inhabit North America. The sea otter and black-footed ferret are listed as endangered under the Endangered Species Act. Finding any mustelid species in the wild can be easy. All local, state and national park information web sites provide information on local wildlife viewing opportunities. The large number of mustelid species means at least one species can be spotted in most wild areas from coast to coast. 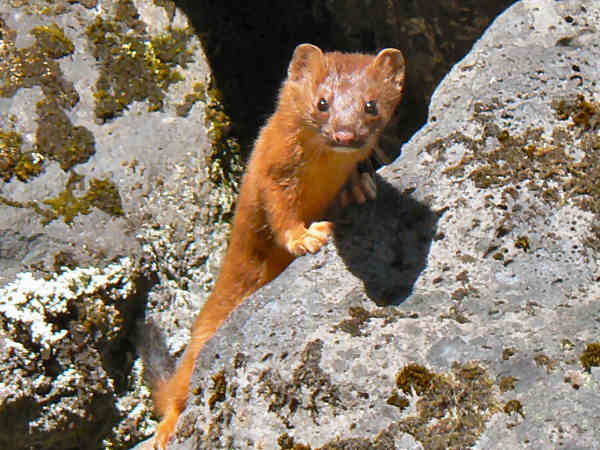 The Long-tailed Weasel (Mustela frenata), ranks as both the largest and widest ranging of the three North American weasels, making a spotting of one in the wild more probable than not.

Most open space with rocks or abandoned burrows that offer adequate food and water sources serve as suitable habitat.

Mature males grow up to two feet long, including the black tipped tail.

While often nocturnal, the picture shows they make the occasional day appearance to investigate visitors in their territory.

Elephants Many of the world’s larger animals such as bears, big cats, primates and elephants, are endangered. Formally the phrase endangered species usually refers to animal and plant species that have a high risk of going extinct in the wild. Most experts cite habitat loss as the major factor that creates stress on animal populations. An increase in the global population, along with the habitat destruction, including a changing climate, that accompanies modern economic development, continues to stress world animal and plant life.

On a global scale, the International Union for Conservation of Nature and Natural Resources (IUCN) researches and collects statistics on biodiversity and population statistics for the natural world.

Their Red List of threatened species provides facts on the status of individual species, genera and families, organized in an easy to use data base.

17,291 species out of the 47,677 assessed species are threatened with extinction

When the species are grouped into defined categories, IUCN scientists estimate that all of the endangered species break down into

Dealing with endangered species on a global level presents coordination difficulties, often because of cultural, economic and institutional differences among states.