Many types of dragonflies and damselflies, insects in the scientific order Odonata, inhabit water areas throughout the United States. In fact, the presence of Odonata species in an area provides an indicator of water quality.

Size differentiates damselflies and dragonflies, with dragonflies (suborder Anisoptera), the larger group of the two.

Dragonfly identification and damselfly identification starts by noting that in addition to size, wing position also helps differentiate between the two. Usually dragonflies rest with their flat, like an airplane.

Most damselflies at rest keep their wings closed against their body or a bit above the body. Spreadwing Damselflies represent the exception to the general wing position rule.

United States dragonfly diversity remains fairly strong, with close to 350 species in the seven different dragonfly families documented to date. Over one-third of native dragonfly species, approximately one hundred and ten (110) belong to the family Libellulidae, or skimmers, the ever present dragonflies at local ponds. The gray buttons at the top of the page lead to additional pictures and information covering many of the species from selected dragonfly families. Scroll down for more information covering damselfly identification. 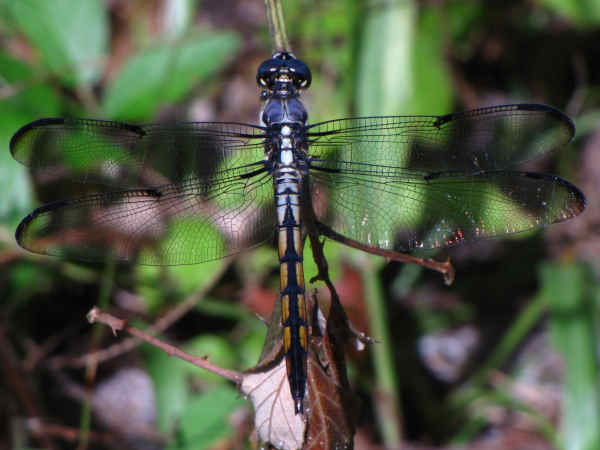 Skimmers, the common name for the approximately 105 species in the Libellulidae family, constitute North America’s largest dragonfly family. As the video clip of the Common Whitetail demonstrates, they tend to perch in the sun and therefore are easy to photography and video. That trait helps with skimmer identification.

Species identification begins by finding them and then following a few general identification rules of thumb. Finding them can be a relatively simple task. Most skimmers live in and around slow moving water areas such as ponds and wetlands, often content to perch on vegetation in full view of hikers. 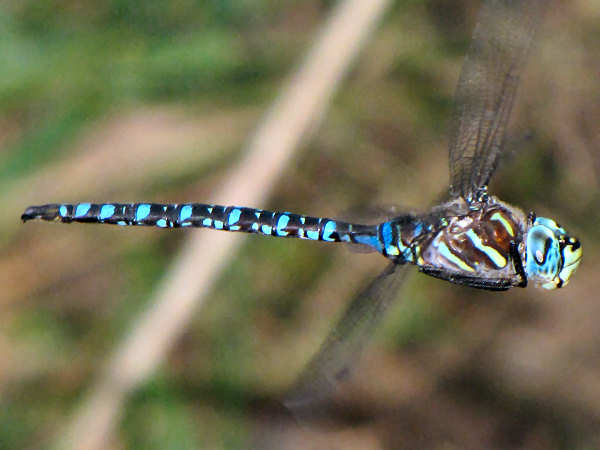 The large, often blue spotted, and indefatigable fliers found around the ponds, streams and lakes of the United States, go by the common name darners.

While the family breaks down into approximately forty different species, divided into thirteen genera, almost forty per cent of the species belong to the genus Aeshna, or Mosaic Darners.

For convenience sake, think of darner identification in terms of two general rules of thumb.

The absence or presence of thoracic stripes (top and side), along with their shape when present, serve as the second leading mosaic darner identification clue. 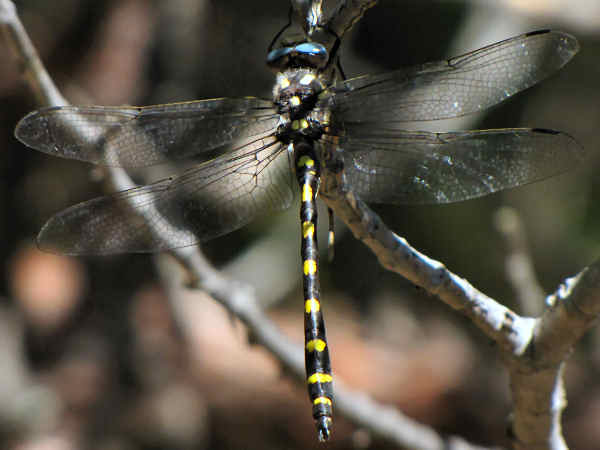 With only eight or nine species found in the United States, Spiketails, the common name for dragonflies in the Cordulegastridae family, rank among the least populous of the dragonfly families.

All the species belong to the Cordulegaster genus, and six of them are indigenous to forest and stream areas east of the Rocky Mountains.

Cordulegaster species are characterized as large dragonflies with thin black or dark brown abdomens covered with a bright yellow pattern. Like their fellow Aeshnoidea, the darners, they spend most of their day flying. Coming across one that is perching in the sun is always a treat.

The Pacific Spiketail (Cordulegaster dorsalis), pictured above, is the most common Western species. 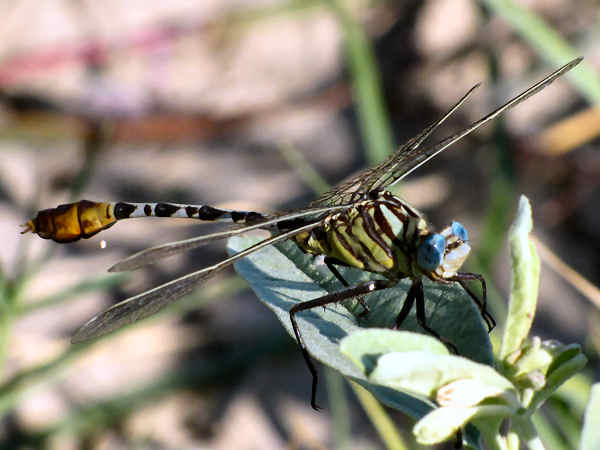 Second only to the skimmers (Liebellulidae) in number of species, approximately one hundred clubtail species (Gomphidae) fly around the water areas of North America.

Some, but not all clubtail species get the common name based on the, comparatively, irregular appearance of the tail at the bottom of the abdomen.

Species in the Gomphus genus account for perhaps one-third of the entire North American Gomphidae population. 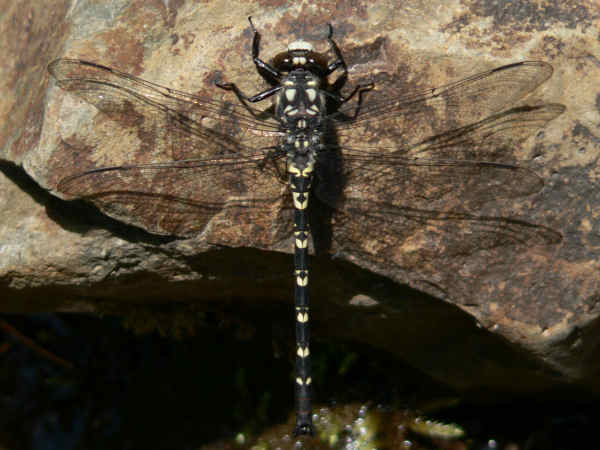 Petaltails, native dragonflies of the Petaluridae family, are believed to be the oldest of the dragonfly families. Fossil records date them back one hundred and fifty million years.

In total, only eleven species are documented world wide, two of which are native to the United States.

The Black Petaltail (Tanypteryx hageni), pictured above, is found along the West Coast, mostly in sunny habitats near streams or rivers. 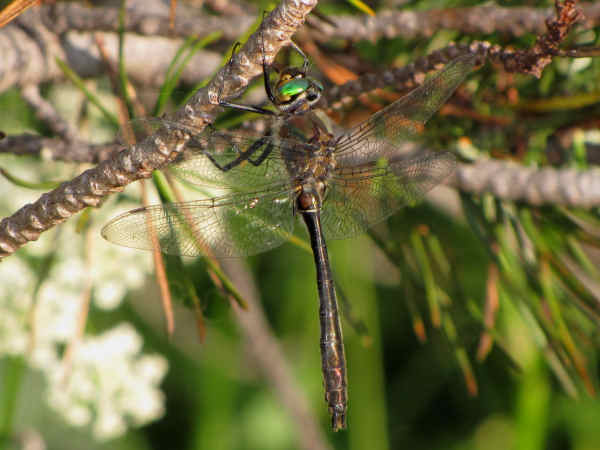 Emeralds (family Corduliidae), or the green-eyed skimmers, fly in most areas of the United States, although the types of dragonflies in the family will be greatest in the north.

Found in lake and bog habitats near wooded or forested areas, they are known as an early bird dragonfly that flies from early spring through late summer, depending on altitude. 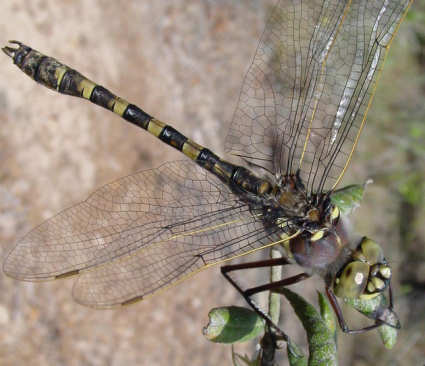 Their habit of cruising up and down roads and rivers explains the common name for dragonflies in the family Macromiidae, commonly called cruisers. 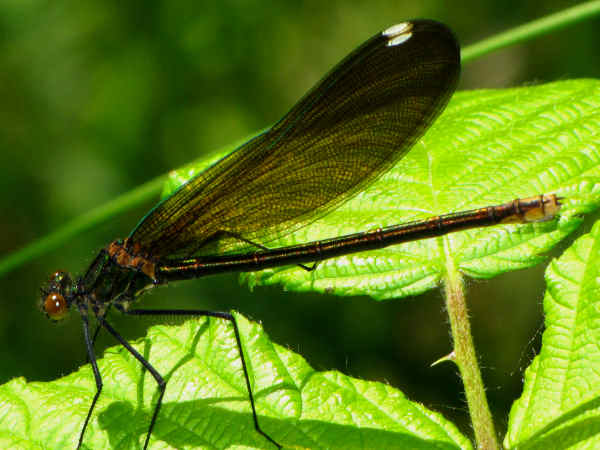 The two North American genera of broadwinged damselflies (Calopterygidae) are known for their large size and showy colors.

The wide wings on the River Jewelwing (Calopteryx aequabilis), explains its placement in the broad-winged damselfly family.

It’s one of a handful of Jewelwing species, and fairly common in the northern half of the United States.

River Jewelwings are typically the largest damselflies in any given area, and they generally display physical characteristics such as metallic green bodies and large, spotted wings.

Females, like the one in the top picture also have white pterostigmas, or wing tips on the dark spots. 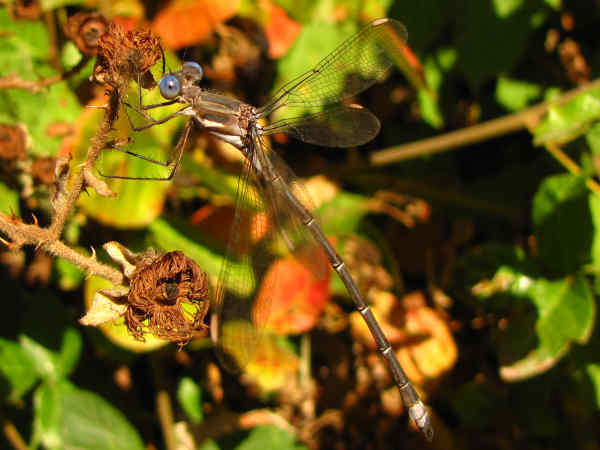 Identifying one can be a fairly easy task given the fact that they prominently display open wings while at rest.

Like most damselflies, they prefer still or slow moving water habitats, where they perch and fly in search of both food and mates. 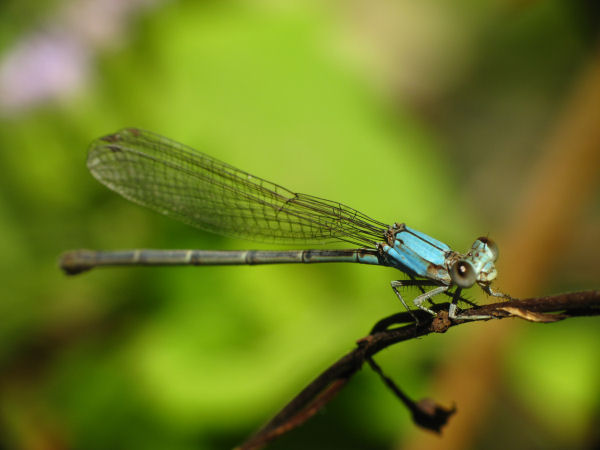 Narrow-winged damselflies account for the bulk of both the world’s and the native damselfly population. Scientists estimate that approximately 1,000 of the world’s 2,500 damselfly species belong to the family Coenagrionidae.

In the United States, Coenagrionidae account for approximately 100 of the 125 identified species.

Sometimes called pond damselflies, they are typically found near ponds and other slow moving water bodies. As a group they tend to be weak flyers.