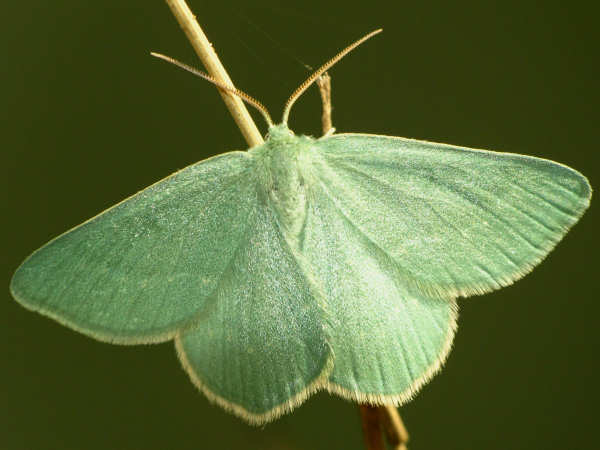 Like butterflies, moths belong to the family Lepidoptera, yet they display some of their own unique physical and behavioral characteristics, and often those characteristics help organize discussions of the different types of moths common in the United States.

The “large moths” button to the left provides a great sample of moth species to highlight that point.

The video clip of a Texas Wasp Moth highlights their diversity. The wasp moth is a wasp mimic that comes out during the day to nectar on flowers.

As the wasp moth video also shows, while moths get the reputation as creatures of the night, there are exceptions to that rule.

Moth physical features, like having thicker bodies than butterflies, and the absence of a club (or ball) at the end of the antenna helps with moth identification. 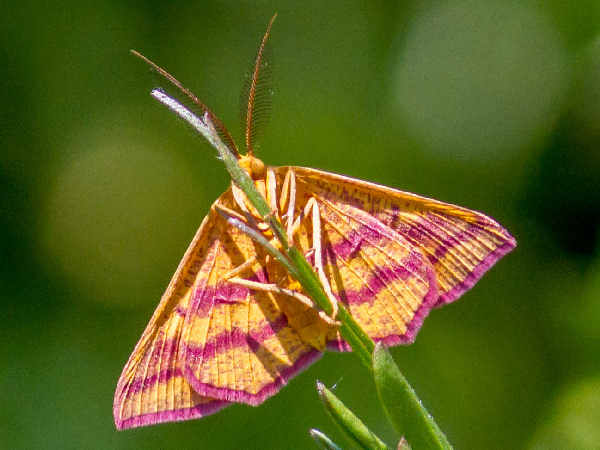 Colorful wings represents another general rule of thumb for differentiating between moths and butterflies. That generalization holds for many, but not all moth and butterfly species.

A high percentage of butterfly species in the Hesperiidae family (skippers) and Riodinidae family (metalmarks), for example, have brown color wings. The Emerald Moth in the top picture demonstrates the colorful wings of many moth species. The yellow and red wings of the Chickweed Geometer moth tells another story.

In terms of population size, Smithsonian Institution estimates place the number of moth species in the eleven thousand range. For comparative purposes, the approximately six hundred butterfly species found in the United States means the number of moth species far surpasses the number of butterfly species. Because of the population differences, the types of moths found in the United States fit into a larger number of families, approximately forty, compared to their butterfly relatives. Here’s a brief run down of a handful of the more easily recognized moth families. 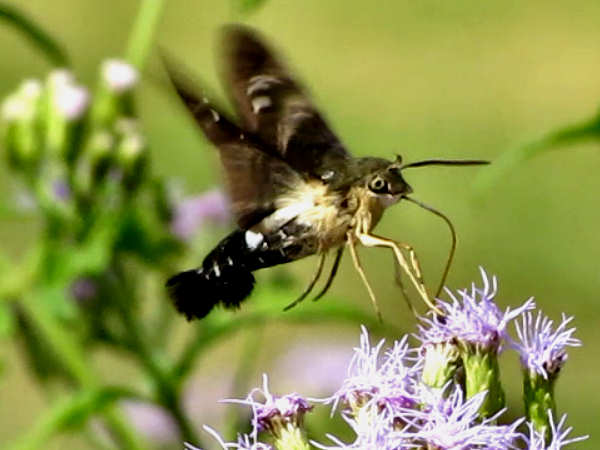 People who think of moths as the dull and boring relatives of butterflies might possibly never experienced the fun of watching hummingbird moths hover from flower to flower on a sunny day.

The Genus Hemaris in the Sphinx Moths family consists of four native North American species that go by the name Hummingbird Moth. The Snowberry Clearwing (Hemaris diffinis), for example, a common visitor to gardens across the country, often gets typed as the typical hummingbird moth.

Hummingbird moths also come from other Sphinx Moth genera. with the hummingbird moth in the top picture, the titan moth (Aellopos titan) as a prime example.

The White-lined Sphinx Moth (Hyles lineata) in the picture provides another example of hummingbird moth diversity and color.

Hummingbird moth diversity translates into their occupying a variety of areas across the United States, from fields and forests to residential gardens.

Unlike the nocturnal habits of many moth species, hummingbird moths are day moths that enjoy the sunshine and flowers. 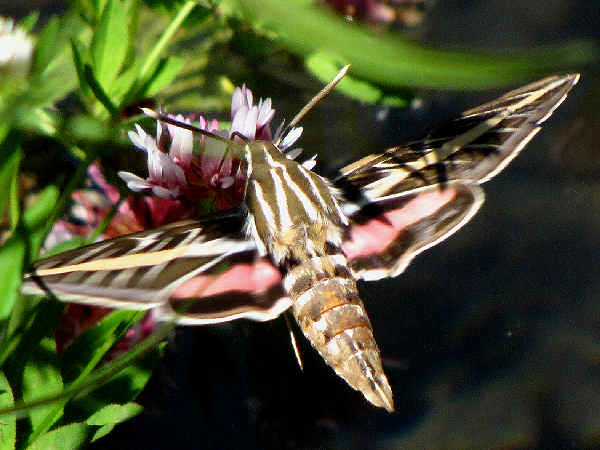 Like all Sphinx moths, they are characterized by stout bodies that taper at the end. Their wings are a colorful pink and brown mix, with a distinct white line across the wings and white lines along the thorax. 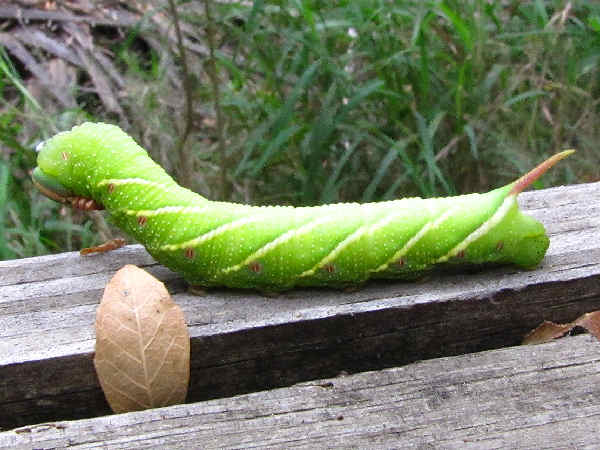 The tail at the end of the hummingbird moth caterpillar also catches the eye.

Problem Moths in the Home and Garden 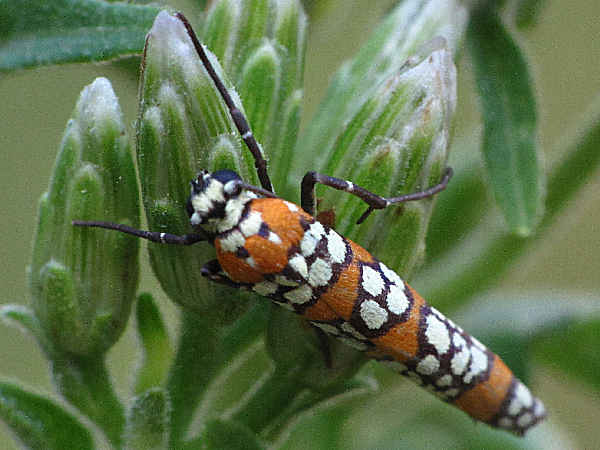 Unlike butterflies, many moth species get labeled as yard pests because their larvae have the potential to defoliate shrubs and trees. Ermine Moths and Tent Caterpillar Moths (Family Lasiocampidae) fit that bill.

The caterpillars of both groups build and live in large, silk tent structures attached to tree limbs. Different species inhabit different areas around the United States. Homeowners need to determine on a case by case basis how to handle any tent caterpillar presence in the yard. 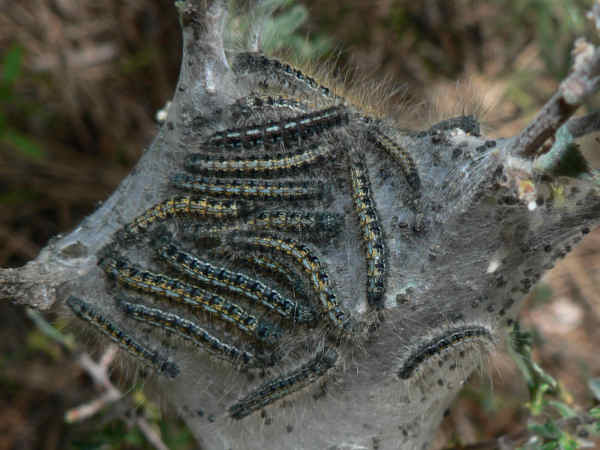 The moth with the orange wings is a tropical ermine moth that is common in the eastern United States, especially areas of the South. The second picture shows a tent caterpillar tent filled with caterpillars. 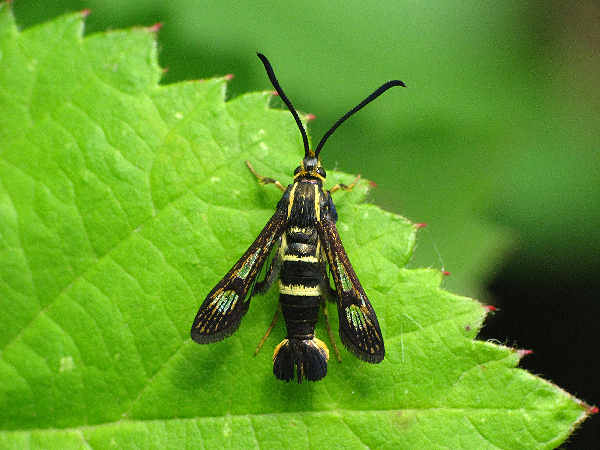 If all moths were as easy to identify as clearwing moths, there would be little reason to fear trying to identify any of the eleven thousand native species. Clearwing moths (family Sesiidae) bring some ease to the moth identification process because their name matches up closely with a physical characteristic of having clear, or see through wings. Additionally, many species also have colorful bodies that mimic wasps and/or butterflies.

Species can be found across the country in most residential areas and they can be a problem because their larvae develop within trees and garden plants. Around the garden, some species such as Squash Vine Borer, for example, can cause damage. See adult clearwing moths in the garden is a good indication of potential infestation. 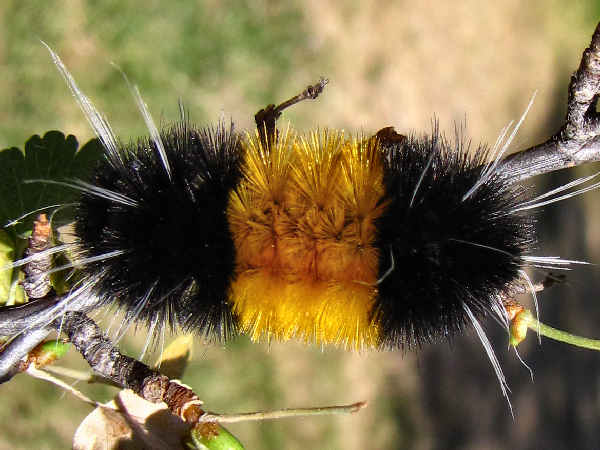 Tiger Moths: Family Arctiidae – This family is known for its woolly bear caterpillars.

Despite the differences in population levels, all the moths and butterflies undergo a similar metamorphosis, from egg to caterpillar to pupa (chrysalis) to adult. 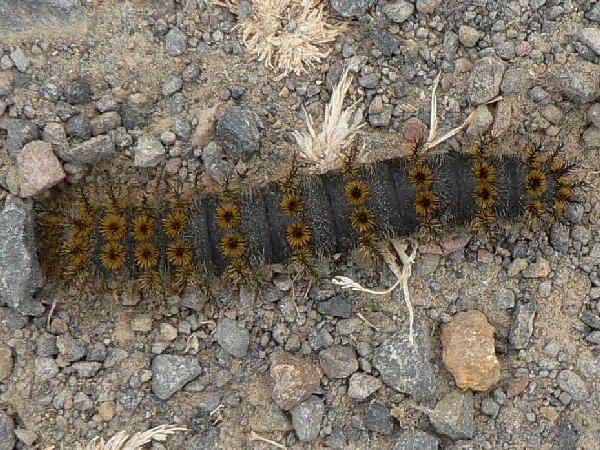 Stinging caterpillars belong to one of the types of moths groups that also deserve some recognition.

In fact, victims unaware of the stinging caterpillar phenomena might assign blame for the bite to the mythical ‘spider bite’ category.

A discussion of stinging caterpillars begins with a genus of moths collectively called Buckmoths. They belong to the same family (Saturniidae) as the Giant Silkworm and Royal moths.

Many such as the Elegant Sheepmoth have colorful wings and/or bodies. Stinging spines on Hemileuca caterpillars make identifying them an important health issue.

The picture at the top of this section shows a western sheep moth caterpillar. Their bodies are usually hairless with the exception of patterns of small spines encircling the body segments. 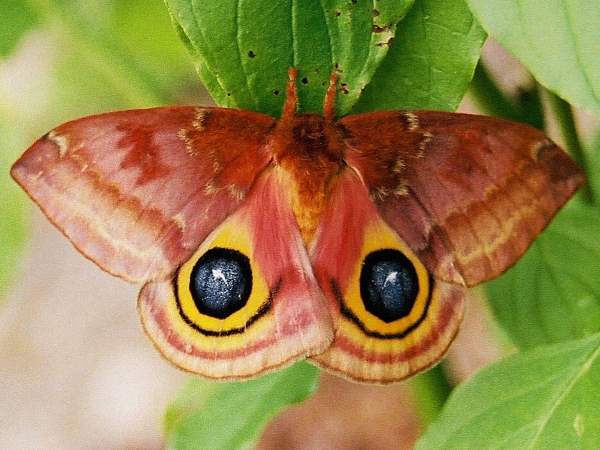 Here’s a picture of the very colorful IO moth, another of the Buckmoths. It’s found in most areas east of the Rocky Mountains because the caterpillars are not picky eaters and consume leaves of many types of trees.

Seeing the moth almost guarantees the caterpillars are present. Typically they have green bodies with a white stripe down the side. The hairs on the top of the body are a good signal to stay away. 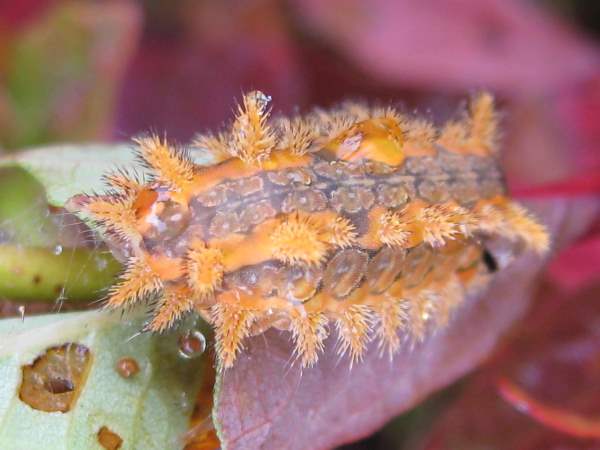 The picture shows a Spiny Oak Slug caterpillar. Slug Caterpillar Moths get their name from the slow motion of the larvae. Not all of them are stinging caterpillars.

It’s a common species across the Eastern United States. Stay away from this particular species. 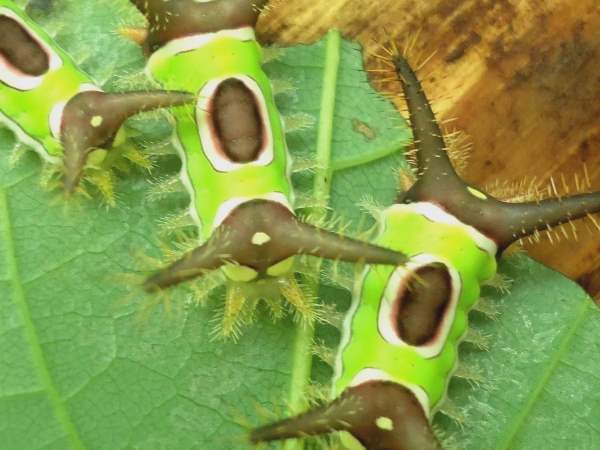 Saddleback caterpillar also belong to the Slug Caterpillar family. The green looking saddle on the back of the caterpillar makes them easy to identify. 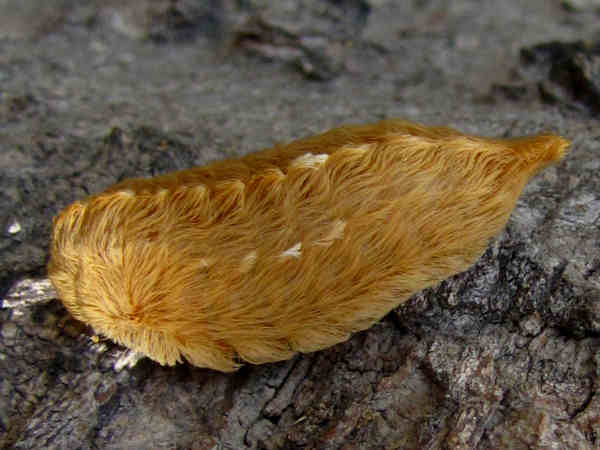 Warm and fuzzy would not be the proper phrase for describing the Puss Caterpillar (Megalopyge opercularis), also known as an Asp.

This larvae of the flannel moth feed on leaves from a variety of broad-leaf trees and shrubs in the Southeast United States, especially during the late summer and fall.

Body contact with the caterpillar results in a sting, producing a severe pain that can easily extend beyond a one hour time frame. Several medical reports state patients also experience shortness of breath, nausea and other symptoms requiring medical attention.

While puss caterpillars mostly remain on leaves, they sometimes wander on the ground and, as the picture shows, on picnic tables.

Wearing long sleeved shirts and pants, along with shoes and socks, prevents unwanted stings for individuals who wander around puss caterpillar territory.