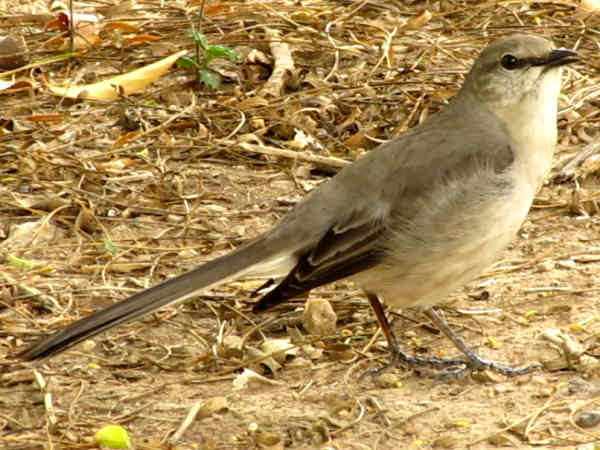 Texas does everything big, including Texas birds. Even casual birders come to quickly learn that Texas ranks number one in the number of bird species found in a state.

The numbers change from time to time. To date, over 650 have been documented on the Texas bird checklist. That number represents roughly two-thirds of the total number of North American bird species.

Visitors to Texas will find a very friendly birding community. Almost every city and park district is happy to hand out a brochure or bird checklist of the local birds and their seasonal availability. Better yet, arrive at many parks during migration and discover that bird identification is as easy as asking one of the many expert birders present.

Seasonal migration plus year round birding opportunities means Texas is for all the birds, including the Northern Mockingbird, the official state bird. It’s an abundant year round resident in most areas of Texas.

A centralized location along two migratory flyways accounts for most of Texas birdiness. Eight separate ecoregions also mean the state has habitat to accommodate many different types of birds.

Consider the most western part of the state, El Paso. It’s a metropolitan area Situated in the Chihuahuan Desert, and it’s surrounded by mountains and water areas. This desert region with multiple habitats hundreds of species. The El Paso birds checklist is now approaching the 400 species mark. 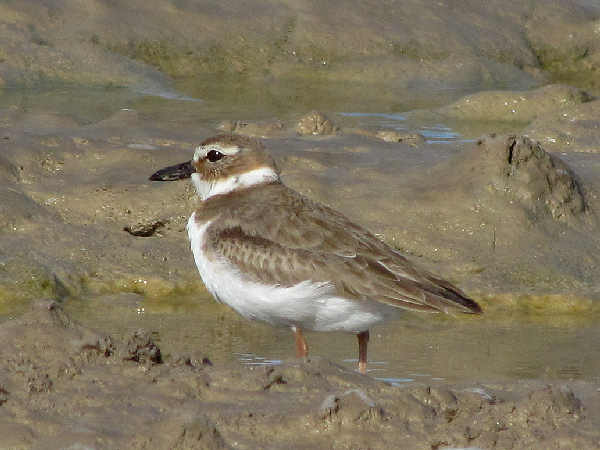 Having miles of shoreline along the Gulf Coast also means Texas supports a healthy population of beach birds. A multitude of waterbirds, wading birds, gulls, terns and shorebirds are abundant along the Texas coast every season of the year. 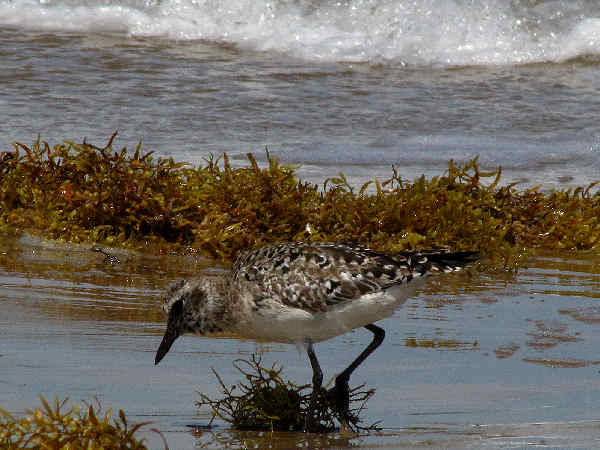 Check along the coast during the winter, for example, to catch a peek at the ten plover species. Wintering plover populations such as the Wilson’s Plovers and American Golden Plovers (pictured) exhibit a calm enough demeanor to allow for easy photography opportunities.

The Texas north coastal area is a great place during migration. It’s front and center of the Central Flyway, along with being a land intersection for birds who follow the Gulf Coast on the way to and from the Atlantic Flyway.

Hawk migration picks up steam a bit south of the intersection in Corpus Christi. It’s one of the premier hawk watch destinations in the country, where upward to one million hawks have been counted during the fly by on their way to their southern winter grounds.

Speaking of raptors, Texas owls represent a good example of how to organize ones thinking about Texas birds in general. While state records list a dozen different owl species, the types of owls birders can see depends on where they bird.

Generally speaking, Barn Owls and Great Horned Owls are the only species with a state wide range.

Some owls, like hawks, are year round residents of the state. The video shows a Burrowing Owl. It’s a ground nesting owls of the open areas throughout the Western United States.

West Texas serves as its eastern most range and there is both a year round and migratory population.

Eastern Screech Owls and Barred Owls are fairly common residents of East Texas, north to south. Screech Owls can be found as far north as the Panhandle, where ever they find trees with cavities for nesting.

Finally, Ferruginous Pygmy Owls are another subtropical owl species with a year round presence in South Texas. Elf Owls are the smallest of the native owls (five inches) and they breed in Texas along the upper and lower Rio Grande river.

South Texas and its subtropical climate add an additional elements of diversity to the Texas birds theme. The border with Mexico also forms the northern boundary for a handful of endemic species.

As a result, for many birders, nothing says birding like birding South Texas. It’s home to over 540 bird species, or 86% of the state’s total number of species.

The video shows a nice sample of birds commonly on the average birder’s must see list that either live full time or migrate through the area.

For example, there are close to two dozen flycatcher species that make their way through the Lower Rio Grande Valley and South Texas during migration. The video starts with four members of the family. Couch’s Kingbird and the Tropical Kingbird look very similar except for the beak. The first bird in the viedo is too far away to make a definitive ID. These kingbirds along with the next bird, the Great kiskadee, are South Texas specialities. The next two flycatchers, Vermilion Flycatcher and Scissor-tailed flycatcher, have ranges that extend a bit beyond the Texas borders. Tourists will still be happy to see them.

Some type of Jay visits everyone’s back yard. Here’s the resident Green Jay taking a bath.

Black-bellied Whistling Duck – In large groups the whistling sound sure does travel.

Golden-cheeked Warbler: an endangered species that breeds in the oaks of Central Texas. During migration a few fortunate people can see them passing through.

It’s hard to find a back yard anywhere in the United States without a chickadee or titmouse. It just so happens that South Texas has the Black-crested Titmouse.

Travelers with a limited time budget, would choose wisely by spending a day roaming the Santa Ana National Wildlife Refuge.

Known for its tropical climate, around four hundred different bird species call the refuge their temporary or year round home.

Fall through spring provide excellent weather conditions for hiking. Visitors can enjoy strolling one of three different trails, with the looping Chachalaca Trail the shortest.

Practically speaking, it takes little more than a walk from the parking lot to the visitor’s center to begin the birding experience. On any given day, birds are present almost everywhere.

Be advised that keeping ones eyes peeled in the trees and bushes for birds can be difficult. Butterfly species galore, along with a host of additional wildlife, also call the refuge home.

From November through April, Tram rides are available to visitors seeking a less strenuous refuge tour. All visitors are encouraged to bring binoculars, water and the sometimes dreaded DEET (to keep the critters from biting).