The remainder of this article highlights some of the most common Tennessee snakes, again with names such as ratsnakes, milksnakes, gartersnakes and watersnakes, that are familiar to all. Odds are that checking out these snakes first will help with most snake identification questions.

Tennessee hosts two species in the racer or whipsnake family. Of late there is debate about whether to place these snakes in the genus Masticophis or genus Coluber, the racers. Any internet search using either genera will bring up these snakes.

Black Racers (Coluber constrictor) live all over the state, and can even be found in residential areas. They are long, thin snakes with a black body, and as the picture highlights, white chins.

Coachwhips or Whipsnakes (Masticophis flagellum) rank as the most common species, with subspecies living in states from Florida, west to California. Many of the subspecies have different color patterns from red to yellow to brown to dark to tan. Body color in these snakes is very much a function of geography and climate.

To the uninitiated, the muted brown colors of the Prairie Kingsnake could easily lead to a misidentification of the snake as a faded milksnake. Milksnakes do come in a variety of colors. However, this species is in the same family, and it’s a completely different species.

Prairie Kingsnakes spill over into Tennessee from their Midwest home range. They inhabit open areas of fields and forests.

Many Tennessee snakes can be found along its ponds and lakes. The common name Water Snake applies to the five species in the genus Nerodia that live in the state. Northern Watersnakes (Nerodia sipedon) are the most common with a range across the entire state.

In the South, the venomous Water Moccasin shares a similar habitat and slightly resembles a few water snake species. The shorter and thicker body of the Water Moccasin can normally be used as field identification clues to distinguish between them. 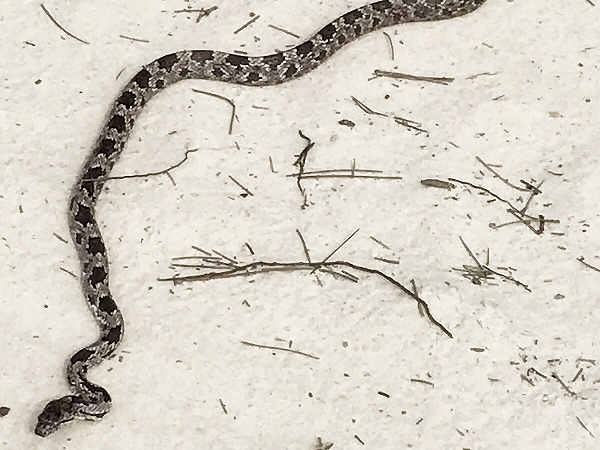 Gray Rat Snakes are also very common across the state. Like other rat snakes, they grow to be very large, over six feet in length. The common name gray is really a very generic gray. They varies in color with some populations having light gray and others having dark gray bodies. Their bodies also have a pattern.

The corn snake (Pantherophis guttatus) are most plentiful in the longleaf pine forests of the Southeast. 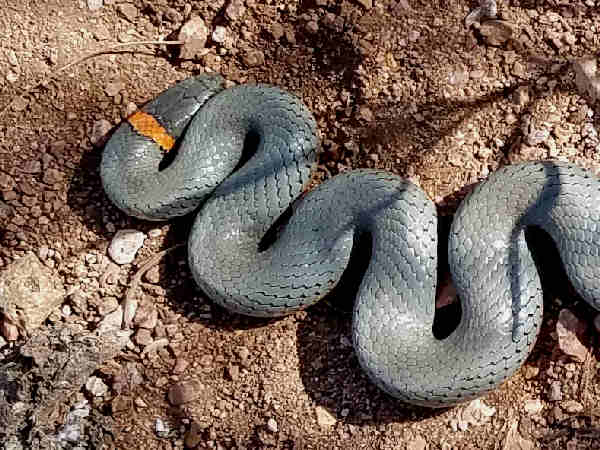 Tennessee Garter snakes show the same minimal diversity as most of its eastern neighbors where the the Common Garter Snake or Eastern Garter Snake is the dominant species. The picture is a rather bland looking species and easy to identify by the stripe dows its back. Two ribbon snakes, the Western Ribbon Snake (Thamnophis proximus) and the Ribbon Snake (Thamnophis sauritus) inhabit Tennessee.