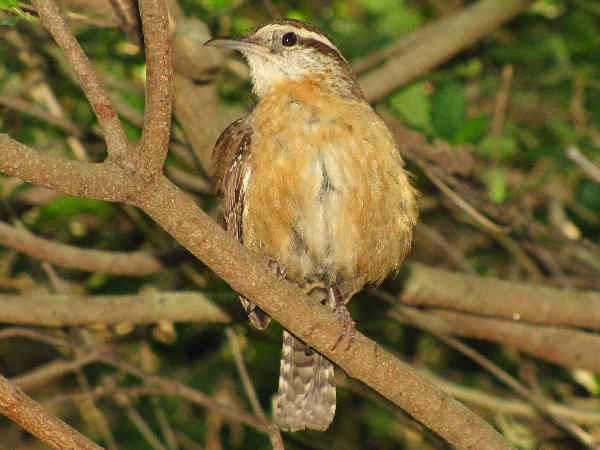 All tourists who take a quick look at the map see more than the major coastal tourist areas from Mrytle Beach, south to Charleston. The South Carolina map, in combination with the South Carolina birds checklist also shows a state comparatively small in territory but holding it’s own with close to four hundred and fifty different species.

Part of the diversity can be explained by its multiple ecosystems from the beaches on the east to the Blue Ridge Mountains on the western boundary. The mountains are covered in the traditional southern forest style of Pine-Oak and Hickory. Woodpeckers and songbirds thrive in the area.

In the neighborhoods between the coast and the mountains, the state’s residents host a multitude of birds in their back yards. None so loud and proud as the official state bird, the Carolina Wren. They are a common year round resident in most areas east of the Rocky mountains. The tan breast and white stripe across the eye help with identification. 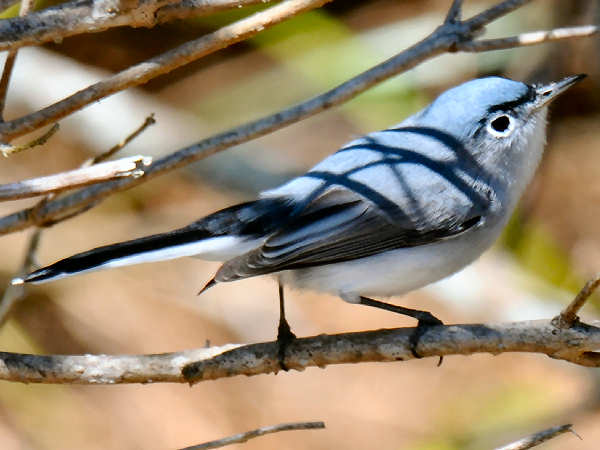 The Blue-gray Gnatcatcher also shares space and trees with the Carolina Wren in many South Carolina back yards. With a common name gnatcatcher, the visual of a bird flitting about the trees of South Carolina neighborhoods helping clear the area of its pesky gnats comes to mind.

Along the with perching birds that visit the feeders and consume the insects in back yard across the state, South Carolina also has the pleasure of watching the annual spring songbird migration. Around thirty different warblers sing their tunes during South Carolina springs, adding an additional touch of birding cheer to the state. 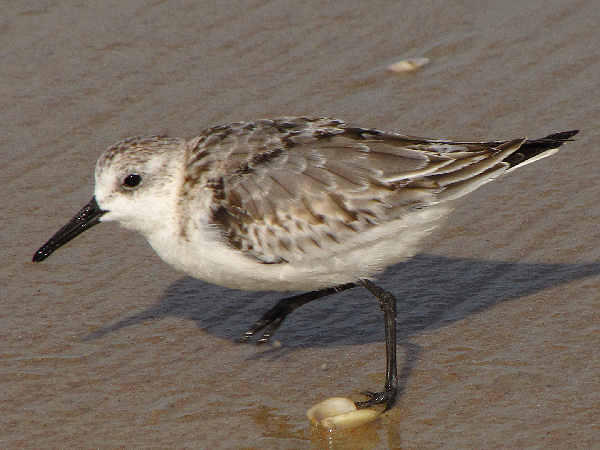 Situated along the Atlantic flyway also insures the state receives more than its fair share of bird species. Of course, South Carolina tourism is often associated with Mrytle Beach and that’s not bad for birds. In fact, the state’s mild climate means that when birds fly south for the winter, they often fly to South Carolina, especially the coastal areas.

Tourists flying to Myrtle Beach for some winter fun can always add a birding outing or two to the mix. The South Carolina birds checklist has about forty different shorebirds on the list. It’s difficult to miss the ever present Sanderlings as they run back and forth with the rhythm of the waves in search of insects, marine worms and other invertebrates that pop to the top of the sand as the waves move over the area.

Add in some waterfowl species and the regular year round residents and voila, a very promising day with the South Carolina beach birds is always a possibility.

Most residents are familiar with the Ruby-throated Hummingbird, the breeding species in South Carolina.

Keeping the feeder clean and filled with the four to one water to sugar solution helps insure that they return to the back yard summer after summer.

Residents might not know that some hummingbirds over winter in the state, making it totally appropriate to keep the feeder out year round.There are a few reports of species such as Black-chinned, Rufous and Calliope hummingbirds making winter visits.

Getting video of the local hummingbirds can also be fairly easy. As long as humans do not rush them, they do not spook easily. Simply place a camera pointed at the feeder. Make sure the sun it at the back of the camera pointing at the feeder in order to optimize video quality.