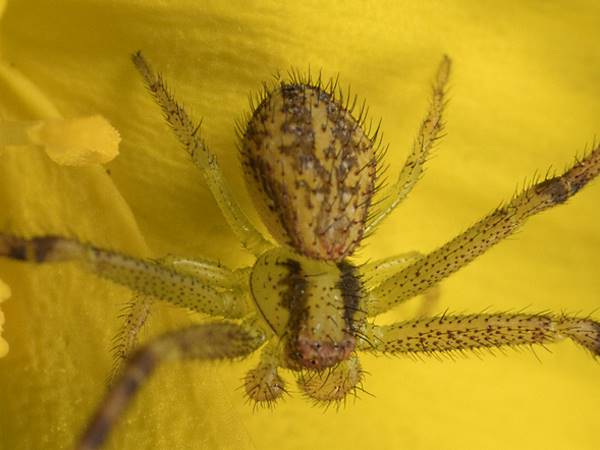 Lack of enthusiasm among the general bird and butterfly enthusiasts for compiling lists and pictures of spiders means spider identification in Pennsylvania is not overly comprehensive.

On the other hand, many of the common orb weaver species show up seasonally. Some build webs spring through summer. Others build webs summer through fall. the picture at the top of the page shows the Northern Crab Spider. It’s one of the late spring through early summer species often found on and around the garden flowers.

The following set of spider pictures covers a representative sample of common house spiders and lawn and garden spiders in Pennsylvaniastate.

Picure of a Triangulate House Spider 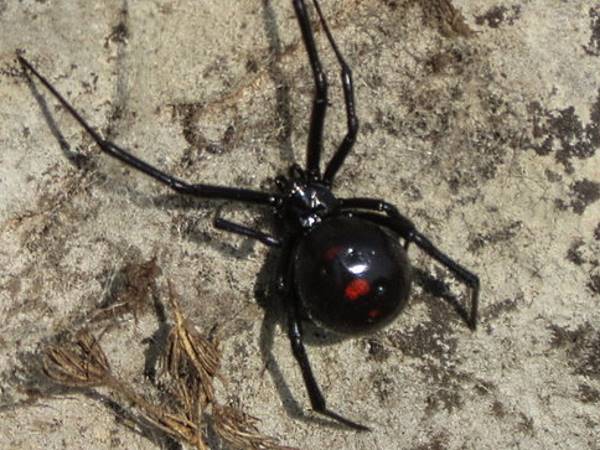 A handful of common house spiders also belong to the cobweb spiders category. The Triangulate House Spider and the Common House spider (Parasteatoda-tepidariorum) represent two cobweb spider species that rank as two of the most common Pennsylvania house spiders.

A couple of additional Stedota species go by the name False Widow spiders and they often wander indoors. While their bodies have dark colors, they lack the hourglass pattern.

The names for the widow spiders can be a bit misleading. Northern Widow Spiders, for example have a range that extends from north to south in the Eastern and Midwestern United States.

Except for New England and the Upper Midwest states, Southern Black Widows also have a large range.

Only the females get classified as spiders of medical importance. Both males and females tend to have black bodies, although males and juveniles of both species tend to have white markings on the abdomen. Additionally, females are twice as large as males with a body length usually about one-half inch.

The orb weaving spiders of Pennsylvania are probably the easiest species to identify. They tend to have body length of around an inch with a distinct color and pattern to the body. The fact that orb weavers tend to hang motionless in a web for long stretches of time also provides people with ample opportunity to examine their features.

Three types of spiders in the orbweaver category, writing spiders, spotted orbweavers and Araneus spiders tend to be the dominant species in many suburban backyards.

Column two shows some representative samples from those general types. The Arabesque Orbweaver, one of the common Spotted Orbweaver species, for example, is shown twice. It highlights the fact that body color does not always serve as the significant field identification clue. The dark dashes down the middle of the abdomen are the best field identification clue for the species.

A handful of common orbweaving spiders with pointed bodies also get listed. Like Arabesque Orbweavers, Spinybacked Orbweavers can assume different colors. They still are one species.