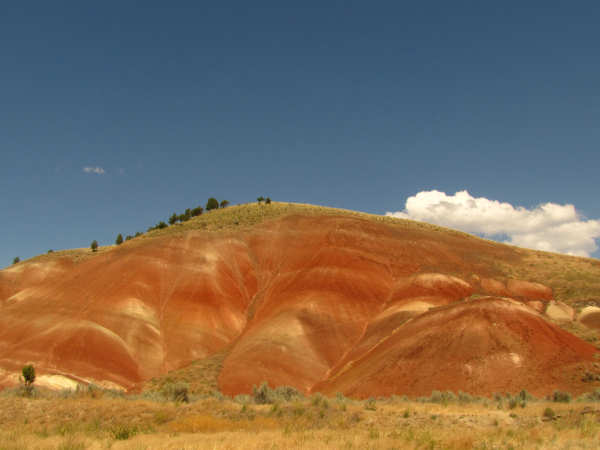 Oregon advertises itself as a hub for outdoor travel and recreation, from west to east. West of the Cascades visitors and residents enjoy a variety of outdoor recreation activities. Coastal mountains provide a dual choice for summer visitors looking for beach, fishing, hiking and biking opportunities.

The high desert plateau of the eastern areas of the state come with their own mountain ranges and additional recreation opportunities, such as a trip to the Painted Hills in the center of the state. 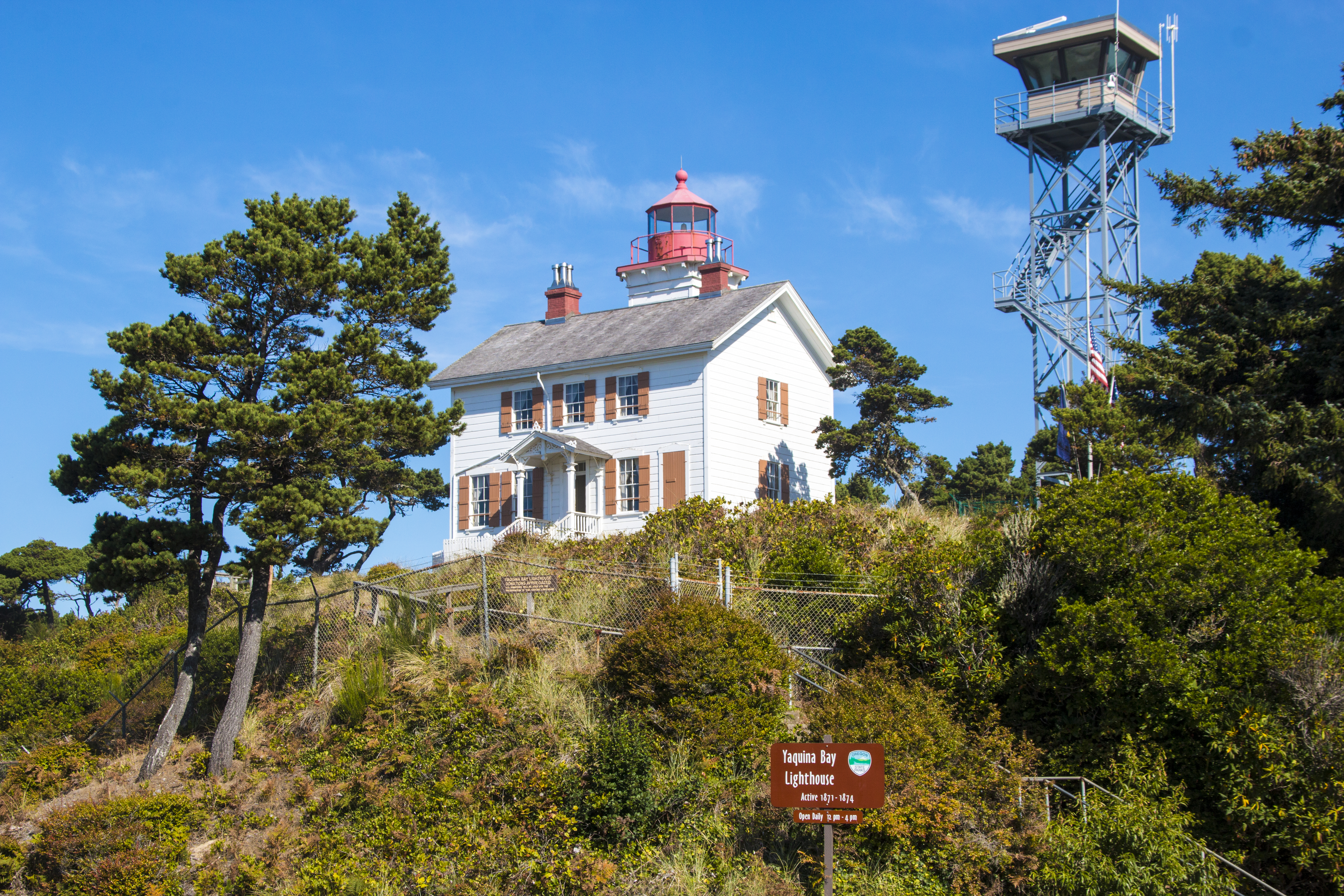 Coasal area also are a big draw. Tourists are treated to nine historic lighthouses situated on coastal locations. They are easily accessible on a drive along Oregon’s scenic Highway 101.

Built in the second half of the eighteenth century, following Oregon statehood in 1859, all the historic lighthouses were planned to promote coastal fishing and shipping. Many still serve as navigation tools.

A visit to any or all of the lighthouses offers travelers a glimpse into Oregon history as well as a fun day at the beach. Planning a lighthouse visit can be equally rewarding.
Highway 101 stretches over three hundred and fifty miles, and with the exception of Heceta Head, all the lighthouses are located off the main highway.

While it’s practically impossible to see them all during one day’s drive, the southern half of the drive offers the possibility of a high volume lighthouse day trip.

Nine lighthouses (seven historic and two modern) are located on a 250 mile stretch of the highway between Crescent City, CA and Newport, OR. Taking traffic conditions and the time needed to travel to and from each lighthouse into consideration, the nine lighthouse tour could turn into a ten to twelve hour day trip.

The one lighthouse per day option is available for anyone interested in exploring one specific area.

Prior to that time, a former lighthouse keeper decided to add a lighthouse, called Cleft of the Rock Lighthouse, to his home, south of the central Oregon coastal community of Yachats. The lighthouse is only visible from mile post 166 on Oregon’s Highway 101, between the Heceda Head and Yaquina Bay lighthouses.

The Umpqua River and the Pacific Ocean meet in Winchester Bay, on the Southern Oregon Coast, and a lighthouse has stood guard over the area since 1857.

Construction on the current lighthouse was completed in 1894, and with a few modifications in the lighting system, it is still in use today.

The lighthouse is situated on a state park, and also on the southern end of the Oregon Dunes National Recreation Area.Along with traditional camping, hiking and picnicking activities, the dunes area is also well known as a great place for dune buggy rides.

North Bend and Coos Bay, a few miles south of the lighthouse on Highway 101, offer travelers a variety of dining and lodging opportunities.

It gets windy on the coast, so remember to bring a hat or scarf.

Coos Bay is home to the largest port and population center on the Oregon Coast. It is also home to the historic Cape Arago Lighthouse.

The lighthouse is a very good case study of where not to sit a lighthouse. The current lighthouse, shown in the picture, is the third in a series of lighthouses. The first two were endangered by weather and erosion.

The lighthouse sits on an isthmus, also endangered by erosion. It is not open to the public, however it can be viewed from afar on a road leading to local state parks.
Shore Acres State Park, for example, is a beautiful coastal botanical garden also located on Cape Arago Highway, a few miles from the lighthouse.

The Cape Blanco Lighthouse, the oldest and continuously operating lighthouse in Oregon, sits on a large bluff above the cape.

It’s also noted for being both the southernmost and westernmost lighthouse on the Oregon Coast. All points left of the lighthouse in Oregon are officially the Pacific Ocean.
Cape Blanco State Park hosts the lighthouse along with a variety of recreational activities.

Park facilities include electric outlets for RVs. Bring the horses, along with humans, they are welcome on many local trails.

Bandon, Gold Beach and Brookings, sea side communities within an easy drive of Cape Blanco, offer visitors an array of dining and lodging choices.
East of the coast, the Rogue River National Forest provides multiple recreation opportunities, including the always popular river rafting.

The Coquille River Lighthouse is located north of Bandon, OR, on the Southern Oregon Coast.

While the lighthouse is no longer operational, a complete restoration process has been completed since the above picture was taken, including a solar powered light that shines from the tower.

The lighthouse stands as an historic monument in Bullard’s Beach State Park, and the park and surrounding area provide camping, hiking, biking and a myriad of other recreational opportunities that define the Oregon Coast.

There are three ways to see Heceta Head Lighthouse, located on the Central Oregon Coast, just north of Florence, OR.

It’s the only historic lighthouse visible during a drive on Highway 101, so seeing it can be as easy as driving past the lighthouse, or parking in a conveniently placed vista point which allows for stopping on the side of the road to take a picture. The roads can be a bit narrow, so caution in parking is advised.

The vista point also provides spectacular views of the ocean along with seals on the rocks below.

Devil’s Elbow State Park (entrance fee required), and it’s nice beach, sit below the cliffs on which the lighthouse stands.

Low tide offers the opportunity for viewing the many sea caves along the cliff side.
If lighthouse all-nighters sound romantic, the lighthouse keeper’s cottage serves as a bed and breakfast that is open to the public. Call ahead for reservations.

A trip to Heceta Head Lighthouse also offers travelers a double pleasure. Immediately to the north of the lighthouse, right around the bend, sits Sea Lion Caves, a natural twelve story refuge for local Stellar Sea Lion populations, created over millennium by the interaction of waves crashing along the rocky cliff side.

The caves charges an entrance fee, however sea lions can also often be sited at the road side vista point. A variety of local birds also inhabit the rocky coastal area.
The nearby coastal communities of Florence, OR, to the south and Yachats, OR, to the north, offer travelers a variety of dining and lodging choices. Either north or south, the drive along Highway 101 offers some of Oregon’s best ocean views.

Yaquina Bay lighthouse, established in 1871, was the first of two lighthouses in Newport.
Shortly after its construction, the surrounding coastal area became so popular that a decision was made to decommission it and build another lighthouse on the coast (Yaquina Head).

To make a long story short, the Yaquina Bay lighthouse survived the transition and now stands as a beautifully restored structure located on state park land.

The lighthouse and park area offer hiking and birding opportunities. It can be quite windy in the area, so plan for a hat or scarf, even in warmer weather in order to stay comfortable.

Depending on the direction of travel, north or south, visitors can look for the park turnoff immediately before or after crossing the Yaquina Bay Bridge.

Yaquina Head lighthouse is Oregon’s tallest lighthouse and it is still used as a navigation tool.

Cape Mears Lighthouse, the shortest lighthouse on the Oregon coast, is situated in Cape Mears State Park on the Northern Oregon Coast, west of Tillamook.

One interesting fact about the lighthouse is that it’s height means visitors get a bird’s eye view of the tower and lens as they approach on a path.

Visitors reaching the cliffs are also treated to a spectacular view of the Pacific Ocean, including the rocks below, home to a large colony of murres. In season, the area is a popular whale watching site.

The Cape Mears area is also home to three Wildlife Refuges that offer, among other things, old growth trails and excellent birding opportunities.

The coastal community of Tillamook offers travelers lodging and dining choices. Nearby state parks offer a variety of camping opportunities.

The Northern Oregon Coast hosts one of the region’s engineering marvels, the Tillamook Rock lighthouse.

Built on Tillamook Rock, a one acre basalt rock situated in a stormy ocean area approximately a mile from the coast, construction turned out to be year long, expensive endeavor.

Operational in 1881, the lighthouse survived decades of rugged coastal weather. It was decommissioned in 1957.

A private group purchased the lighthouse with the goal of turning it into a columbarium, however, licensing issues have put a halt to the business.

While lighthouse tours are not available, the lighthouse can be viewed from trails in, Ecola State Park (required entrance fee).

The park and surrounding beaches are noted for their surf and sand, make a point to see the tide-pools and sea arch while on the beach.

Look for mushrooms, birds and other flora and fauna during coastal trail hikes in late summer and early fall.

Cannon Beach, the local coastal community situated a mile south of Ecola State Park, offers travelers great dining and lodging choices. Other nearby attractions include Haystack Rock, one of the premiere tidpool areas along the coast.

The buttons below point to a variety of nature and wildlife topics that might be of interet.