North Carolina hosts about one hundred and seventy five butterfly species, including the Eastern Tiger Swallowtail, the official state butterfly.

Many people might not know that trees are the key to inviting Eastern Tiger Swallowtails to a North Carolina back yard. North Carolina extension suggests White Ash, Yellow Poplar and Carolina Willow as host plants for the species.

The Black Swallowtail identification using the top of the wings starts by noting that males have two lines of yellow dots. Blue dots between the yellow dots may be absent. Females show a less definite inner line of yellow with separate spot near tip of wing.

The Appalachian Tiger Swallowtail and Palamades Swallowtail have the least distribution in the state. Otherwise, North Carolina butterflies means swallowtails. Most of the species have a state wide distribution.

See your local garden club or nursery for native plants suited for your particular garden.

Butterfly identification usually begins with color. The list of North Carolina butterflies presented here is divided into families with color as a key family trail.

The one page introduction is not sufficient to provide all the butterfly pictures. Please press the green butterflies button for additional pictures and information. 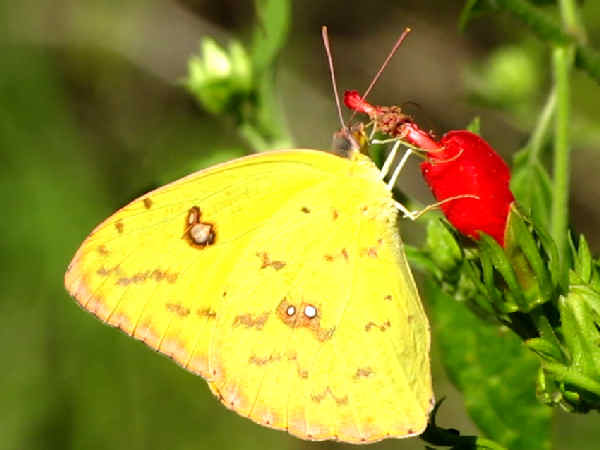 The Cloudless Sulphur pictured has a more busy pattern on the side wing.

No differentiation of the Gossamer Wing butterflies is perfect. The Eastern-tailed blue, pictured, for example, has a hair like appendage at the bottom of the wing similar to hairstreaks. North Carolina’s Coral Hairstreak does not have that hair like appendage.

Keeping those caveats in mind, the state does support a nice and diverse population of blues, coppers and hairstreaks that are listed below.

Most of the Hairstreaks have only a limited distribution. The Gray, Red-banded and White-M are probably the most widely distributed species in the state.

Eastern-tailed Blues and Summer Azures are the most common of the North Carolina blue butterflies. 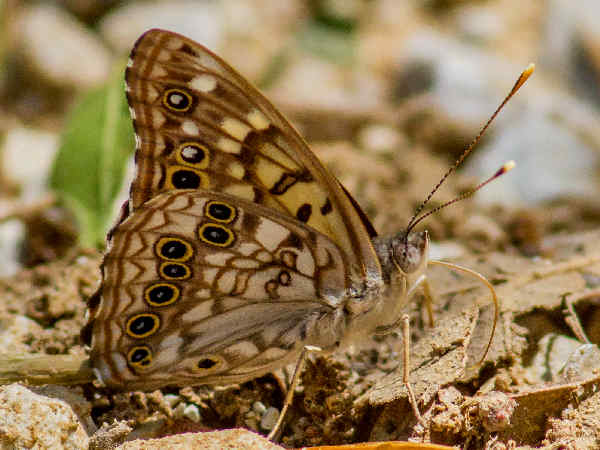 The Little Metalmark is the state’s only metalmark species.