Welcome to New Jersey Wildlife. Depending on he statistics used, with around 40% urbanization, New Jersey leads the list or at the top of the list of states with the most urbanized environment as a percent of total land.

Most of that stereotypical urban jungle are the New York city suburbs of the Northeast or the Philadelphia suburbs of the Southwest part off the state.

Still, New Jersey residents pride themselves as the Garden State and close to sixty years of promoting a Green Acres program that protects open space for recreation and other programs to protect farm land have been relatively successful in keeping the Garden State image a reality.

The New Jersey Highlands, for example, to the west of the urbanized Northeast corner of the state remains a primarily forested area with a significant wildlife population, including bears.

New Jersey’s success in reviving its black bear population during the last half of the twentieth century introduced new black bear problems for the twenty-first century. Increased bear populations, coupled with increased human populations, translated into increased human-bear contacts. While black bears are not inherently aggressive toward humans, their status as wild animals means that any type of human-bear contact introduces an element of danger, to both humans and bears (depending on the situation).

During the past decade, black bear management in the Garden State reached the forefront of public debate, with participants assuming one of two general points of view. Wildlife advocates, including the Humane Society and the BEAR Group support non-lethal management practices such as public education and the use of bear proof trash cans. Hunting advocates support an annual black bear hunt.

As the facts stand today, both sides have partially prevailed.

The Pine Lands region between the Southeast Coast and the Southwest suburban area continue to be monitored for water quality and biological diversity. Local amphibian populations receive significant attention.

Despite the high urbanization and relatively small land mass, New Jersey has a very diverse amphibian and reptile population. It also has it’s own endangered species act and counts six land reptiles and six amphibians as endangered or threatened. 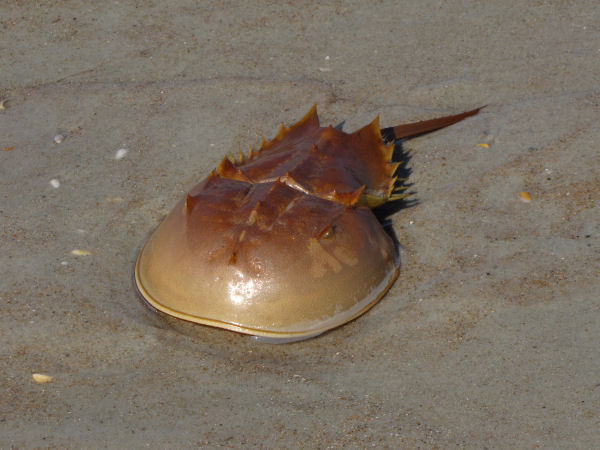 Arguably the Jersey Shore and New Jersey beaches are the most recognized of all the New Jersey land forms for non-state residents. With respect to wildlife issues, two inter-related topics help define the relationship between New Jersey beaches and wildlife: coastal dune ecology and beach nourishment.

Often the term sand dunes serves as a common description of beach habitat. Formally, the sandy region along beaches can be divided into different types of sand and sand dunes, the whole of which gets the name coastal dunes strategy.

Ecosystem complexity often increases when moving from the foredunes to the back dunes. Small mammal, amphibian and reptile populations can be supported in some larger, more open dune areas, especially in the south where pine ecosystems are present. Less so on more developed beaches with housing adjacent to the dune system.

Along with the natural ebb and flow of tides, storm patterns and a changing climate continue to alter the face of New Jersey beaches. Beach nourishment programs, where new sand is added to coastal beach areas, also continues apace along the Jersey Shore.

The pros and cons of beach nourishment programs continue to be the subject of debate. The use of taxpayer money to support private, coastal landowners raises concerns for some opponents. At the same time, some private land owners balk at the idea of losing pristine coastal views due to the construction of artificial dunes or extended sediment based beach areas.

Because so much of New Jersey beach nourishment comes from dredging offshore sands, opponents claim that the constant dredging harms local fisheries. According to the US Fish and Wildlife Service, beach management plans that support the protection of on shore wildlife such as nesting shore birds continue to be included in all projects.

Plans are required for those New Jersey beaches that receive publicly-funded beach nourishment projects, such as projects carried out by the U.S. Army Corps of Engineers (Corps). Federal and State laws require beach management that is compatible with the needs of listed species, particularly on beaches maintained through publicly-funded projects. The responsibility for protecting listed species is shared among the Corps, the Service, the State, and local beach managers.

As the site grows, more information covering New Jersey will be added. Until then, press any of the following buttons to learn more about New Jersey wildlife.