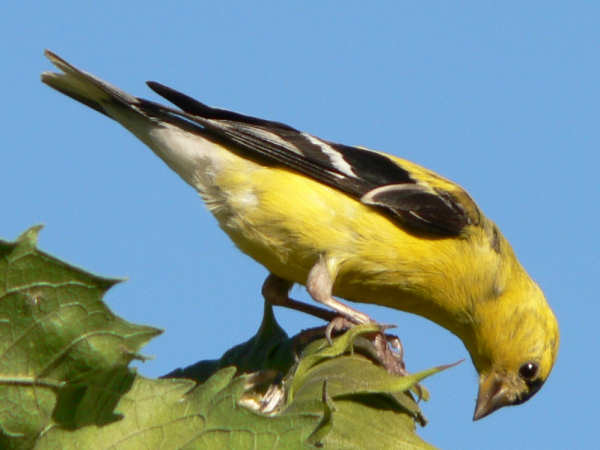 The New Jersey birds checklist is approaching the magical five hundred species mark. Many of those species can be found on a regular basis making New Jersey birding a great addition to any tourist venue.

New Jersey also boasts a storied history of birders with an interest in documenting the species present at any given historical era. That means visitors to the garden state can easily find brochures and guide books covering all the bird species of a region such as the coastal areas and pine barrens of the south to the Piedmont area more to the north.

It’s not difficult to find the official state bird, the American Goldfinch. Bright yellow feathers and a black cap makes it stand out in a crowd at the backyard feeder as well as the fields. The feather colors fade a bit for males and females during the non-breeding season. They tend to be year-round residents of many areas. 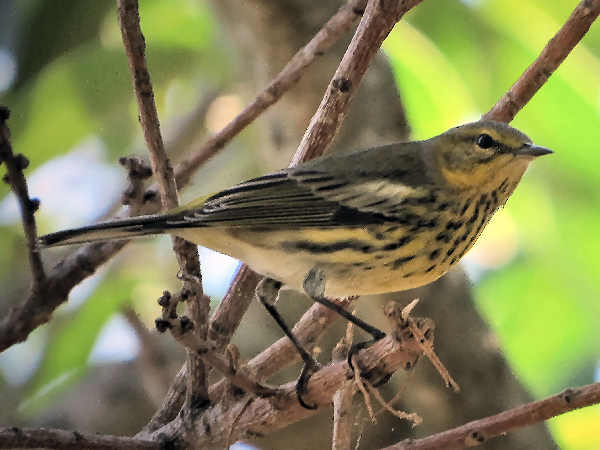 Like most of the east, New Jersey also has plenty of space to host the spring migrants, especially the neo-tropical songbirds such as warblers. Field guides and local brochures are especially good birding tools during the migratory season. Despite the state having a relatively small land mass compared to some of its neighbors, the migration patterns of birds is highly correlated with local ecosystems.

One local guide book notes as an example,

Yellow Warblers and American Redstarts are common breeders and migrants in north-western New Jersey, but they are very scarce there after the beginning of September. In Cape May, however, these two species are regularly seen into early October, with a few seen as late as the end of that month.

The picture shows a Cape May warbler. They are a fairly common species everywhere east of the Rocky Mountains, including Cape May, New Jersey.

While Cape May warblers tend to show up on eBird lists regularly, their appearance tends to be in small numbers. There’s always a good Cape May warbler story to be told. According to New Jersey Audubon

The common name of the species comes from Cape May, New Jersey, where Alexander Wilson first described it. After that first time, Cape May Warblers were not recorded in Cape May for more than 100 years.

North of Cape May, some New Jersey warblers also get listed as species of special concern. The term means that the species breeding populations continue to be threatened by economic development and habitat fragmentation of the forests. Here are nine warblers on the special concern breeding list. 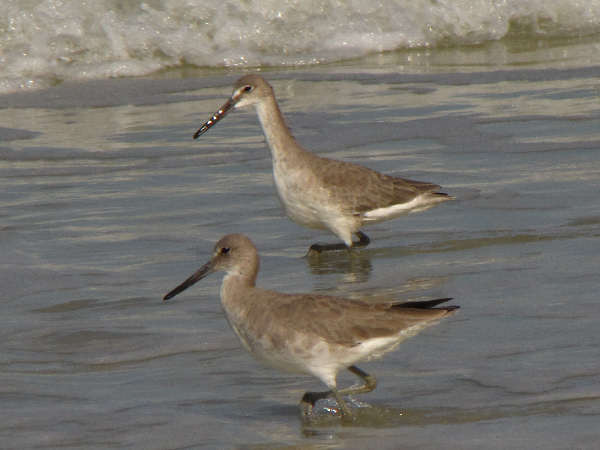 A trip anywhere to the Jersey shore from Cape May in the south to Asbury Park in the north is as common a routine for people in the Mid-Atlantic states as it is for the New Jersey beach birds. Gulls, terns, water and wading birds, and of course the shorebirds populate New Jersey beaches.

Photographing the beach birds can be one of the delightful experiences of a trip. It’s difficult to think of any water bird that does not stand still in perfect sun for the amount of time necessary to take a picture of them.

With over three dozen shorebirds on the New Jersey birds checklist, it’s easy to return from a beach outing with a dozen different species. The picture shows a pair of Willets wading along the shoreline. They are the medium sized shorebirds related to the Yellowlegs and Spotted Sandpiper.