Most Nevada tourists probably do not have Nevada snakes on their mind when they plan for a visit. Still and all, anyone visitor with a slight interest in snakes might want to spend a few minutes of their stay recognizing the nice diversity of the state’s twenty six snake species.

Starting with a few snake primers, it’s important to note that Nevada is definitely rattlesnake territory. Five of the sixteen rattlesnake species in the genus Crotalus have been recorded in the state.

All but one, the Western Rattlesnake, have a range limited to the southern corner of the state. Because Las Vegas is located in that general range, hikers in the mountains and outskirts of the city need to stay alert.

The Western Rattlesnake has a range that extends across Nevada. It can adapt to many habitats from the Sierra Mountains on the western border to the desert areas scattered throughout the rest of the state.

Caution is always advised when walking in rattlesnake country. Rattlesnakes do not always shake their rattle prior to striking.

Tourists from the east might be interested to know that of the remaining twenty species, two very common types of snakes in the east, ratsnakes and watersnakes, are absent from the state. Otherwise, most of the remaining snakes are colubrids with familiar names such as racers, kingsnakes and garter snakes. 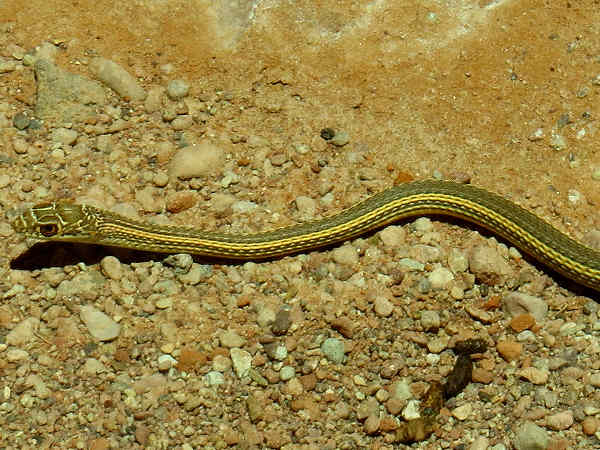 Growing up to eight feet long, Coachwhip snakes, or whip snakes, get their name from their long, whip like appearance.

Striped Whipsnakes (Masticophis taeniatus) range through most of the Nevada and can easily be distinguised from the state’s two other species. Their body color ranges from a darker to lighter color of black, brown, or gray. Cream, yellow, or white stripe on each side.

Whipsnakes (Masticophis flagellum) are common throughout the United States. Many of the subspecies have different color patterns from red to yellow to brown to dark to tan. Body color in these snakes is very much a function of geography and climate.

Red Racers are a Nevada snake. In fact Las Vegas tourists might be able to catch a glimpse of one.

Black Racer (Coluber constrictor) is the general name for one of the most widespread of all the snakes native to the United States. Nevada’s racer adapted to the environment with a dull body color. Depending on the area it’s found they are the long, thin snakes with brown or green bodies.

Many Nevada visitors from the east might also enjoy the diverse kingsnakes and milk snakes. Three species not seen in the east, the Central Plains Milksnake (Lampropeltis gentilis), Sonoran Mountain Kingsnake (Lampropeltis pyromelana) and California Kingsnake

The black and white markings of the California King is equally adaptable as the very common Eastern Kingsnake. The population spills over into Nevada.

It’s difficult to miss the colorful Sonoran Mountain Kingsnake (Lampropeltis pyromelana). They can grow to an average three feet in length and the snake’s red, white and black bands make it a stand out colorful species.

Sierra Gartersnakes have a range around the east and north Sierra Mountains area. The Mexican Gartersnake is a threatened species, recently rediscovered. 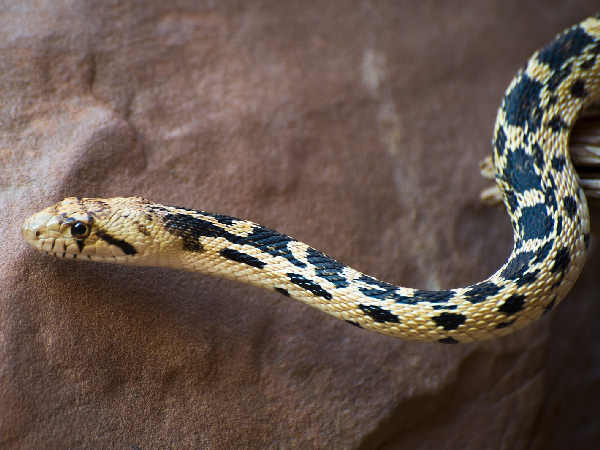 Great Basin Gophersnakes (Pituophis cantifer) also go by the nickname blowsnake because they tend to be very vocal when disturbed. They share similar physical features with the more common Bullsnakes (Pituophis melanoleucus). Note the dark line near the head in the picture.

An initial look at the snake could easily lead someone to misidentify it with one of the state’s many rattlesnake species. They are known to shake their tails in grass when disturbed, mimicking the sound of a rattle. 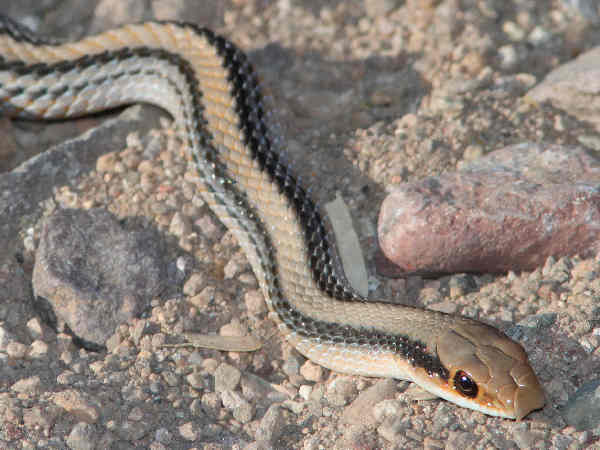 Western Patch-nosed Snake (Salvadora hexalepis) get their name based on the scales over the front of the face. 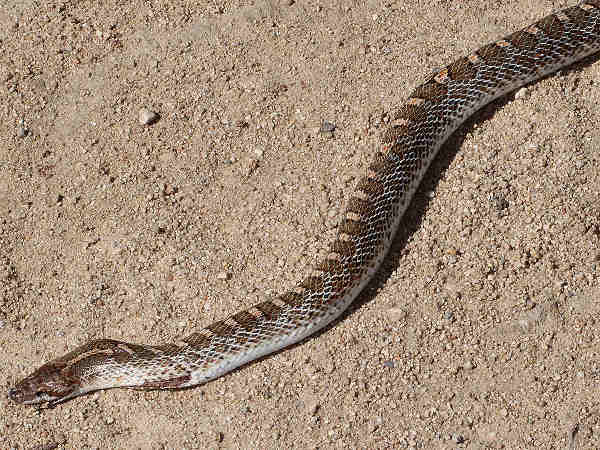 The brown body of the Glossy Snake (Arizona elegans) blends in nicely with the desert.

Here’s a quick list of snakes to round out the Nevada colubrids. 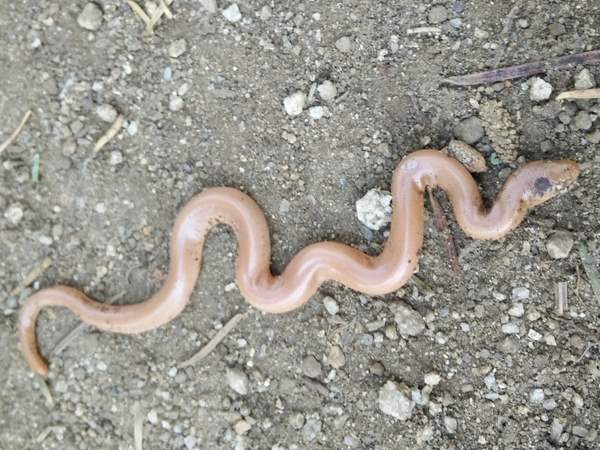 Northern Rubber Boa (Charina bottae) spend most of their time underground. They are a rather nondescript color and much smaller that their relatives.

Western Threadsnakes (Rena humilis) resemble larger than average pink worms. Well, almost, they do have scales. Look for them in the southern area of the state.