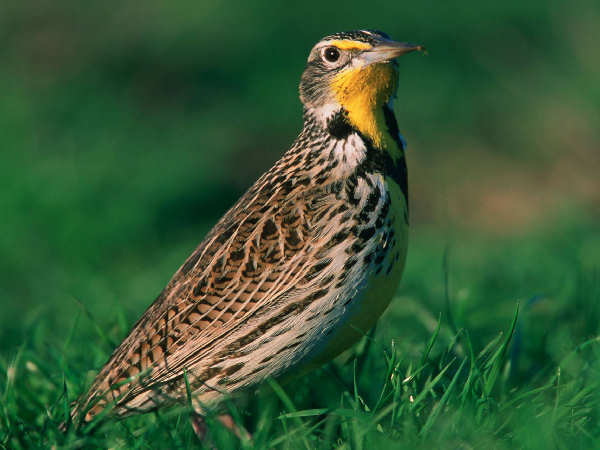 Without digging too deep into Montana topography and climate, a simple map view can divide the state into a Rocky Mountain western section and a grasslands eastern section. Montana birds generally divide into those two categories, with of course a variety of common back yard feeder birds and insectivores included in the mix. Taken together they constitute the close to 450 species on the Montana birds checklist.

In grasslands and plains area, tourists would do well to keep their eyes rolling from the ground to the sky. Ground nesters, shrub nesters and tree nesters all find a home in the area. 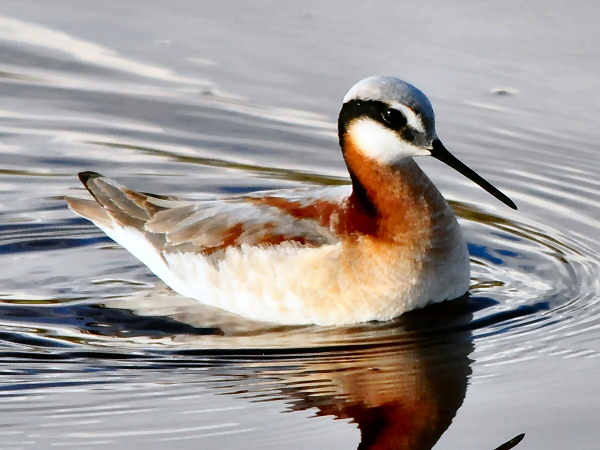 Add a bit of detail to the Montana map and the intricate Montana river system comes into view. The riparian areas are a great invitation to a group of perhaps surprising bird species, the shorebirds. Montana birds checklist, for example, documents the presence of over forty shorebird species, including about one dozen breeding species such as killdeer, American avocet, spotted sandpiper, long-billed curlew and the pictured Wilson’s phalarope. During spring, they can commonly be seen im many areas. 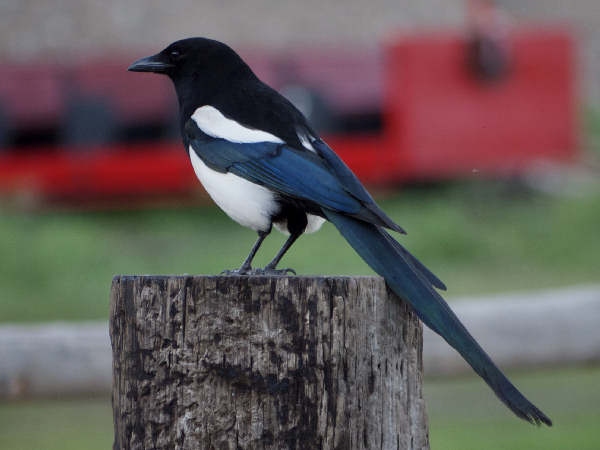 The picture shows a Northwest corvid specialty, the Black-billed Magpie. Like other corvids, they are habitat adaptable. During breeding season they look for thickets in riparian areas of the grasslands. During the nonbreeding season, they are not human shy and tend to perch in large flocks, for long periods of time near all places that supply any food source. Their tendency to hang out in human environments makes them great photography subjects. 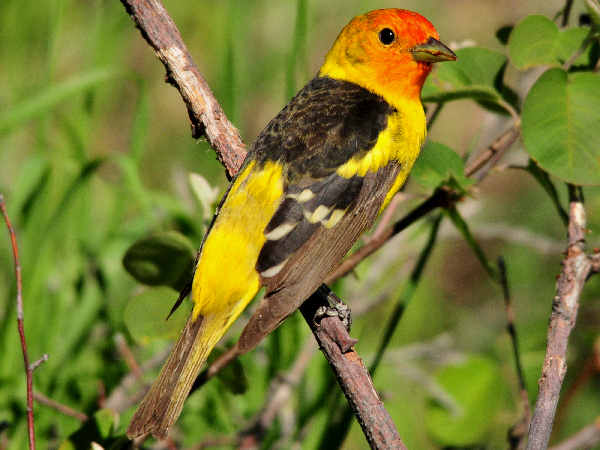 Montana’s Rocky Mountain western area a a great place for spring and summer song birds. Close to two dozen different warblers have been documented in the area, many of them confirmed or suspected breeding species.

The picture shows a male Western Tanager. It’s both an above average sized and abover average looking bird. Really an eye catcher. They are one of the forest breeding birds.

From Glacier National Park to the Bitteroots in the Southwest, a variety of birding opportunities are available for visitors to the mountainous west. Visitors with an historical eye for birds might want to keep watch for two

The histories of Lewis’ woodpecker and Clark’s nutcracker are both of respectable age. It was on Ju1y 20, 1805, on the upper reaches of the Missouri River in what is now Lewis and Clark County, Montana, that Meriwether Lewis discovered the former species and, that evening, committed to his journal…One month later, on August 22, having meanwhile crossed Lemhi Pass, and the Continental Divide, to the vicinity of today’s town of Tendoy, Idaho, Lewis discovered Clark’s nutcracker.

The green birds button at the top of the page leads to more bird pictures and information suited to answering basic bird identification questions.