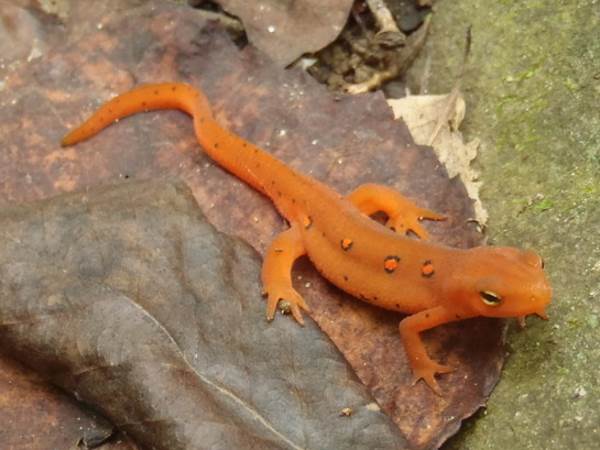 With an eastern boundary lined by the Mississippi river, Missouri has always had a storied water history when it comes to its wildlife and nature stories.

With over two dozen frog and salamander species, amphibian diversity in Missouri ranks high. The picture shows the land phase of the Eastern Newt.

Less well known, at least to out of state residents is the celebration of all things underground in the Cave State. According to the state park department:

Missouri, long known as the “Cave State,” has almost 6,400 caves and Missouri state parks showcases four of the best for public tours. The four are Onondaga Cave and Cathedral Cave at Onondaga Cave State Park, Fisher Cave at Meramec State Park and Ozark Caverns at Lake of the Ozarks State Park.

As the Missouri wildlife section grows, information covering Missouri will be added. Until then, press any of the following buttons to learn more about Missouri nature.