A total of approximately 450 birds make the official Michigan birds checklist. Most experts suggest that Michigan hosts a healthy 360 bird species over the course of a year, with 233 of them documented as breeding birds.

The people of Michigan are especially fond of their songbirds, having designated the American Robin, or Robin Redbreast as the official state bird. Don’t expect them at the feeder because as the video clip shows, they are the iconic early birds out looking for worms from dawn until dusk. This introduction to Michigan birds provides basic highlights of local bird topics along with relevant bird pictures. The green birds button leads to additional videos, pictures and identification tips covering over two dozen bird families. 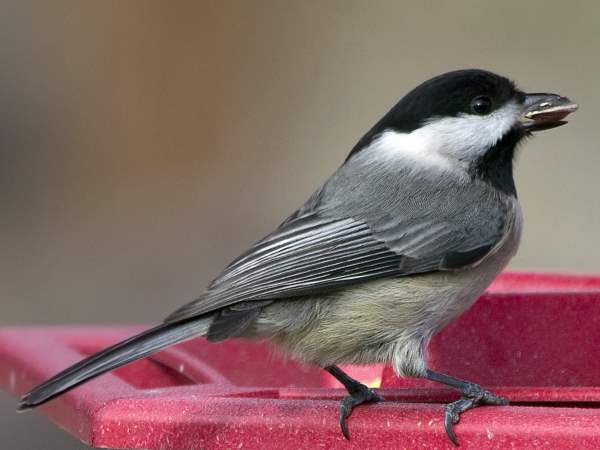 Backyard birding tends to be seasonal. Some Robins might overwinter in Michigan. However, the snow and cold limits food supply, so the majority tend to migrate south for the winter. By February and March, when the weather warms they return. During the winter months the most common backyard birds are listed below. With the exception of the American Crow and the Mourning dove, all the listed birds will stop by the feeder. Actually, crows eat almost anything including dog food left out or pizza dropped on the ground. Goldfinch prefer thistle feeders. Woodpeckers prefer suet. The woodpeckers button provides a great overview of all the Michigan woodpeckers.

The picture shows a Black-capped chickadee, probably the most common bird found around the feeders during winter. They are rear round residents and during the spring they will build their nests in backyard trees if the proper shelter and food are available. 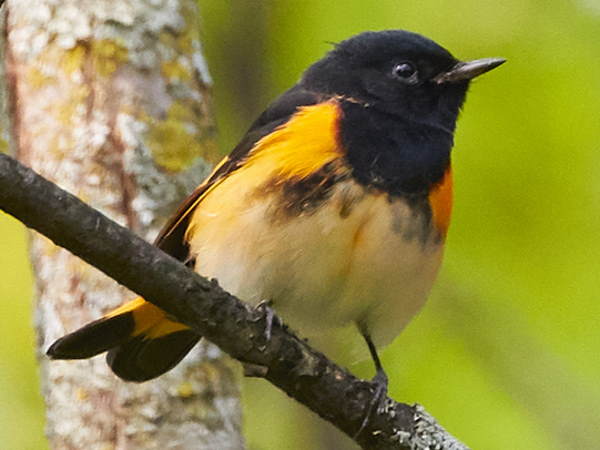 Speaking of seasonal birds, Michigan is also a warbler hot spot. The forested areas of the Upper Peninsula provide great habitat for a variety of warblers, especially the species that tend to breed across the border in Canada. According to the Michigan Bird Records Committee around three dozen warblers in the Parulidae family are common Michigan spring migrants. Kirkland’s Warbler receives the most attention due to it’s almost exclusive breeding in Michigan and it’s being placed on the endangered species list. Fear not, after years of protection and care, the October 2019, the US Fish and Wildlife service. They state, “With cooperative efforts among conservation partners, the Kirtland’s warbler population is now estimated to be over 2,300 pairs – more than double the recovery numerical goal. The Kirtland’s warbler population continues to grow and has exceeded the recovery numerical goal for the past 16 years.” 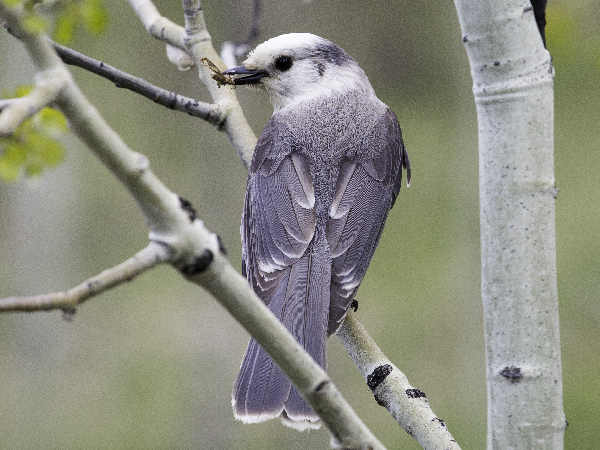 In fact, the Upper Peninsula offers more than warblers. Northern Michigan residents host more species than southern Michigan for the simple fact that the landscape is less developed. The boreal forests of the north support a variety of species that many tourists might want to add to their life lists including the spruce grouse, gray jay, black-backed woodpecker and boreal chickadee.

Self-tours and guided tours around the popular trails and National Forests in the area provide ample opportunities for both advanced and beginning birders.

Common shorebirds such as sandpipers and plovers breed along the coastal areas in the north and south. The picture shows a Piping Plover, one of the threatened species in Michigan. They nest along sandy beaches.

Visitors to any region of Michigan might want to check out any of E-BIrd’s top ten birding hot spots in the state because most of them are near these waterways.

Inland birding also thrives in the state. The Michigan Audubon supports birding in the southern end of the state by maintaining nine bird sanctuaries around the population centers of Ann Arbor, Lansing, Grand Rapids and Kalamazoo. 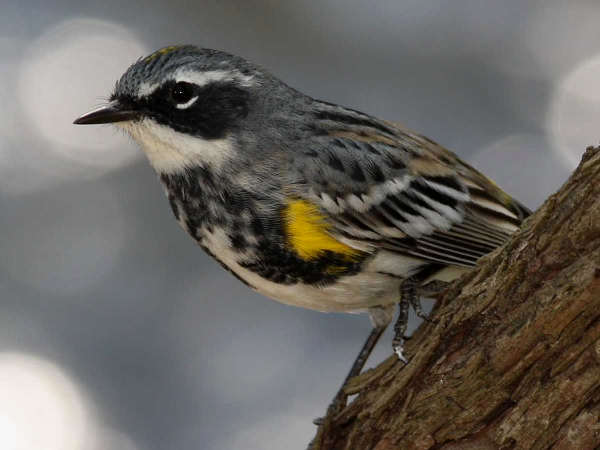 Detroit, the eastern urban area also provides great birding. Experts suggest that tourists try the Gabriel Richard Park on the Detroit RiverWalk. Locals report the area can see up to 300 year round and migratory species. Songbirds are as big a hit as Mowtown during the migratory season. Nearby Lake St. Claire also offers many birding hot spots.