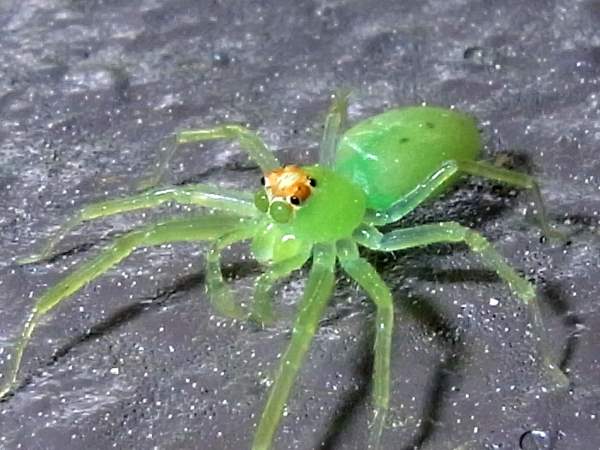 The Maryland Biodiversity Project lists about 260 Maryland spiders based on user input.

It’s probably not comprehensive. However, there is some degree of legitimacy to citizen science, and over time some of the spider misperceptions created by individuals contributing questionable species records will be displaced by large amounts of accurate records based on “on the ground” data and pictures.

At the very least it does a very good job documenting three types of Maryland spiders common to residential areas. Collectively, the Cobweb Spiders (39), Orb Weavers (44) and Jumping Spiders (51) constitute about fifty per cent of the finding.

Maryland’s geographical situation as the bridge between the south and north means the spider season extends a little longer than its northern neighbors and a little less than its southern neighbors.

Maryland, for example, marks the northern boundary for the Magnolia Green Jumper, pictured at the top of the page. It’s a hardy spider that can be found early in the spring as the Magnolias bloom.

Spider cycles differ from group to group, so generally speaking Maryland spiders in the outdoor category can easily be found from early spring through late fall. Spider populations in the higher elevations of the western part of the state might be delayed by weather.

The following small gallery of spiders covers a representative sample of common house spiders and lawn and garden spiders in state. Please press the spiders button for additional spider pictures and information. The entire spider guide covers over one hundred different spider species. 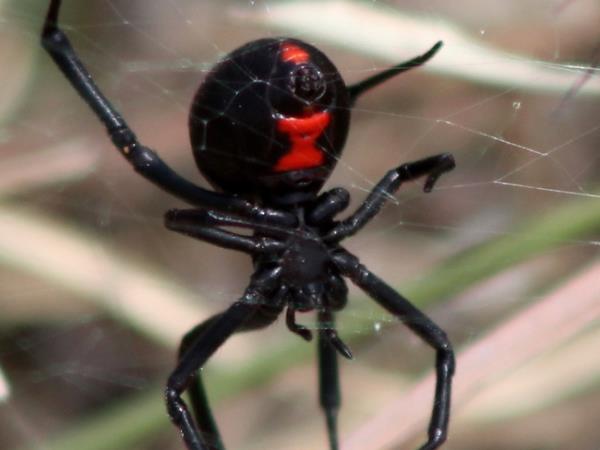 The first column of the gallery provides pictures of many common house spiders and lawn and garden spiders. Even the names of species, such as cellar spiders, suggests they could be year round residents.

Cobweb spiders bring an interesting contrast to the discussion. Most cobweb spider species live outdoors and never see the inside of a house. However, there are a handful of species in the family that are definitely house spiders. They include the Triangulate House Spider and the Common House spider. A couple of additional Stedota species go by the name False Widow spiders and they often wander indoors.

Technically the two species differ in a few physical characteristics. However, in terms of safety, it’s important to point out that only the females are classified as harmful.

A general description of females from both species would be black spiders with red hourglass markings under the abdomen.

While they normally build nests low to the ground in brush and woodpiles, occasionally one can be found in an indoor shed or garage.

The last spider in column one, the Woodlouse spider, belong to the small group of spiders with six eyes. Their stout, hairless bodies grow over one half-inch in length with an additional couple of inches added for the legs.

They often live around residential areas. Indoor shelters help them live for a few years. It also means they can live year round in many locations, although they might not be seen during the winter period.

Their large size and aggressive nature when handled by humans, makes them an imposing species. Fear not, there’s no evidence their bites cause anything other than some localized pain. 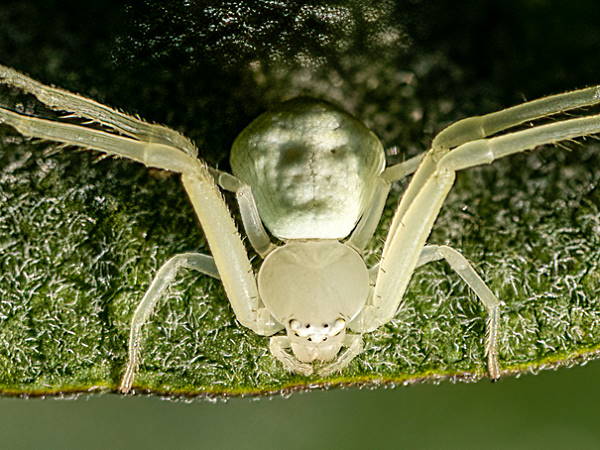 Crab spiders also represent another group of common garden spiders. At least three genera of Maryland crab spiders belong to the more colorful crab spider species. In the northern half of the United States that lies east of the Rocky Mountains, specimens from all three species can be found on flowers.

The name flower spider formally applies to the Goldenrod Crab Spider (Misumena vatia). Females are typically three times larger and consequently receive more noticed than the male. They are a fairly common species in most residential flower gardens with the exception of the Southeast.

Bugguide helps with identification by saying, “All four anterior (front) eyes are about the same size. When viewed from the front, and a little above, it seems all eight eyes are visible and form a crescent shape. The lateral eyes are on tubercles.” The Latin root of tubercles basically means lumps, so there are lumps under the two eyes on each end of the spider eyes. They are somewhat visible in the picture.

Maryland is also similar to most states in the fact that three types of orb weavers are the most common species found in residential areas. The Argiopes go by the name garden spiders, with two species, the Yellow Garden Spider and Banded Garden Spider common throughout the state.

Araneus species, on the other hand, provide a good deal of spider diversity with eighteen different documented species, including the Marbled Orbweaver. There’s no missing the orange to yellow body.

The picture a the top of this section shows a Defoliate Orbweaver (Acacesia hamata), an orbweaver of the summer. Look for it at dusk as it begins building a web for night hunting.

It’s also nice to know that none of the Maryland orb weaving spiders is considered a spider of medical importance.