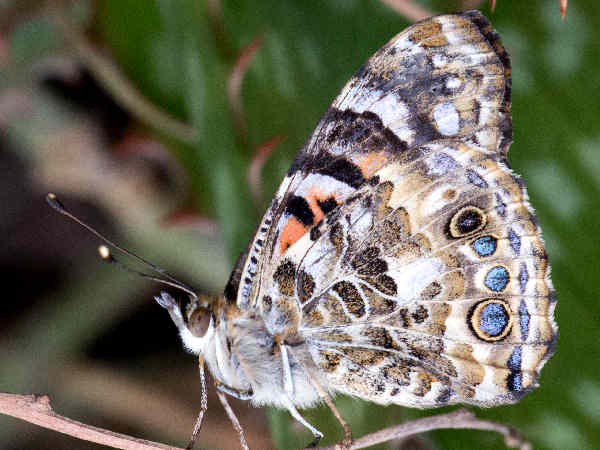 Thanks for visiting Iowa butterflies.

Finding habitat that does not conflict with agricultural interests and encouraging the planting of Milkweed. 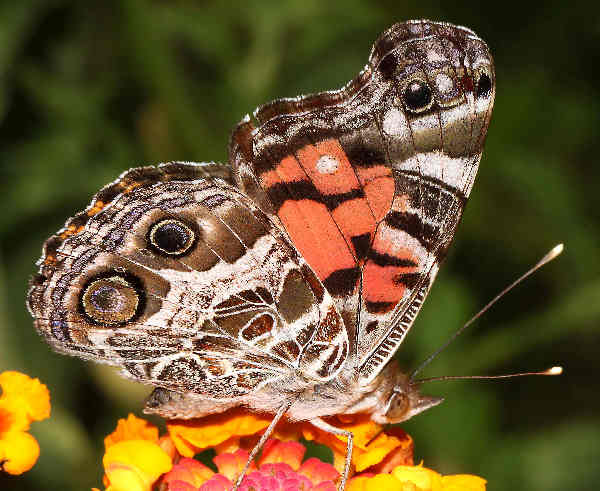 Less well known is the fact that researchers are also interested in another group of migratory butterflies, the four species of Vanessa butterflies: Red Admiral, American Lady, Painted Lady and West Coast Lady.

All but the West Coast Lady have a state wide distribution. They migrate to or past the state each spring for breeding and then return to the south for the winter. 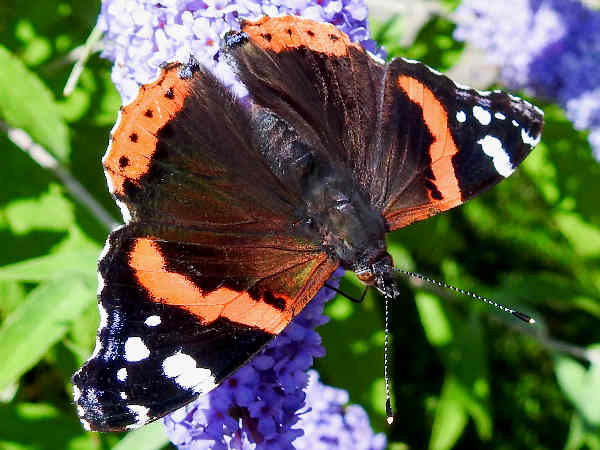 The Red Admiral Butterfly is fairly easy to identify with the red bars through the wings. It does not look similar to the three lady butterflies.

This introduction to Iowa butterflies provides a list of species in the state along with a handful of butterfly pictures.

It divides the species into families, which also closely aligns with butterfly wing color. Visitors interested in additional butterfly pictures and information can press the green butterflies button.

The picture shows an Orange Sulphur Butterfly. With the exception of some of the southern species such as the Sleepy Orange, Southern Dogface and the Mexican Yellow, most of the yellow butterflies can be found throughout the state.

The Olympia Marble has a range limited to the west part of the state. The other to white butterflies have a state wide presence.

The picture shows a Checkered White butterfly. Most people are familiar with the Cabbage White butterfly. It’s around gardens throughout Iowa because its larvae feeds on plants in the cabbage family, very popular back yard garden vegetables. 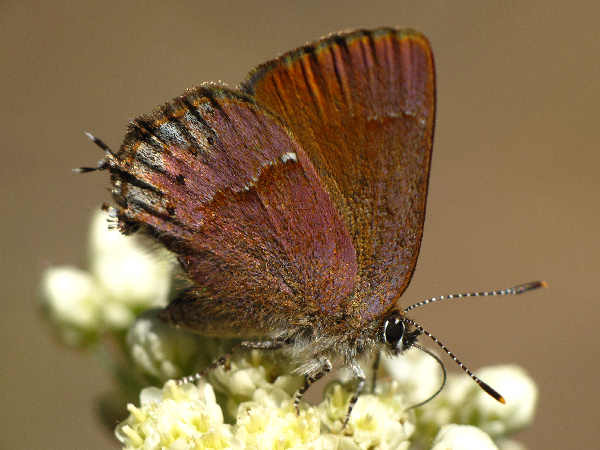 Most of the state’s hairstreak butterflies are regionally distributed. The Coral and Banded Hairstreaks are the most common species.

Although small, the Juniper Hairstreaks are very attractive butterflies. They are typically found on and around cedar trees, the caterpillar hosts. It is distributed rather evenly in counties on the east and west parts of the state. 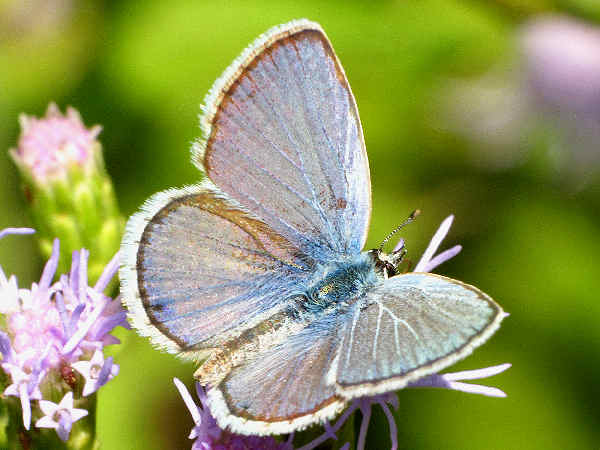 Rekirk’s, Eastern Tailed-blues and Summer Azures are the most common of Iowa’s blue butterflies. The picture shows a Rekirk’s blue.

The Marine Blue is probably the least common of the bunch, found only in a few counties.

Iowa also hosts a nice collection of Copper butterflies. The picture shows a Bronze Copper. Along with the Gray Copper, it’s one of the most widespread of the species. 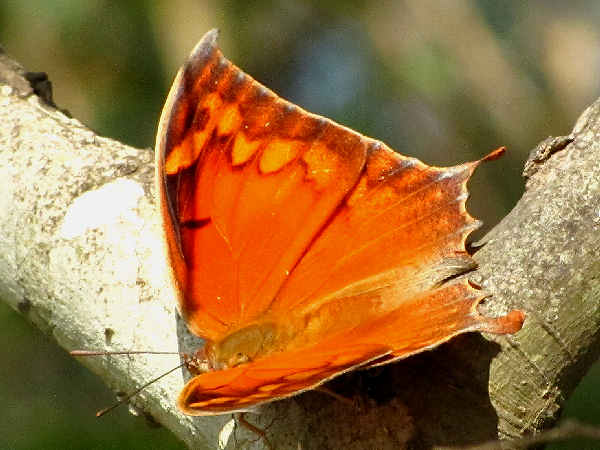 Most of the butterflies that are common in residential areas and gardens throughout the state belong to the Brush footed category. The orange wings of many species such as Snouts, Monarchy, Queens, Fritillaries are a good indication of their being Brush Footed species.

The picture shows a Goatweed Leafwing, one of the few Brush Footed species with extended appendages at the bottom of the wings. Look for it in the counties that border the south end of the state.

Crescents are small butterflies that are often found close to the ground. The picture shows a Pearl Crescent, one of the most widely distributed species in the state.

Iowa hosts a small number of Swallowtail species. Three species are present throughout the state, the Black, Eastern Tiger SWallowtails. The picture is of a Zebra Swallowtail, a very uncommon species mostly found in one Southwestern County. Occasional strays can sometimes be found.