Heron identification begins by recognizing the twenty heron, egret and bittern species native to our fresh and salt water areas. Eight of those species might have a single or couple of stray sightings credited to them. The North American breeding population consists of a dozen species.

The presence of so many occasional species suggests that Ardeidae species come from tropical and subtropical roots. North American population patterns mimic that overall subtropical trend.

Sometime during the calender year, all twelve species can be spotted along the Southeast and the Gulf of Mexico.

On average, fewer Ardeidae species inhabit West Coast shorelines and inland watering holes. However in years of heavy northern migration of Mexican populations, eleven of the twelve species can be recorded.

With the exception of the American Bittern and the Least Bittern, North American heron and egret species tend to stand out in their environment.

Easily recognized as the often large, long-billed, long necked wading birds, herons and their relatives inhabit the water’s edges of both coastal and inland locations. Size and habitat makes them popular photography subjects. The video at the top of the page shows a Green Heron catching and eating a Common Green Darner dragonfly. They also consume fish and crayfish.

Green Herons live year round in warmer areas along the US coastal regions. During breeding season they migrate to ponds across most of the Eastern United States and a few areas along the Pacific Coast. 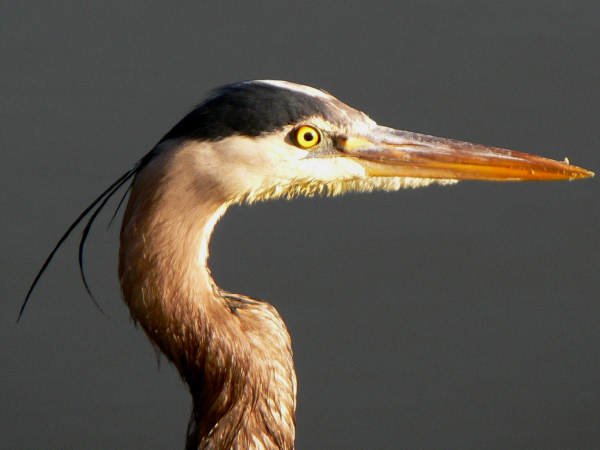 Perhaps the Great Blue Heron (Ardea herodias) stands out the most, given its propensity to build a rookery anywhere with a suitable water and food source.

One of two native Ardea species, they stand between three and four feet tall, with a wing span that approaches six feet. With the exception of the Rocky Mountains and Upper Midwest, they can be found at ponds and lakes across the United States. 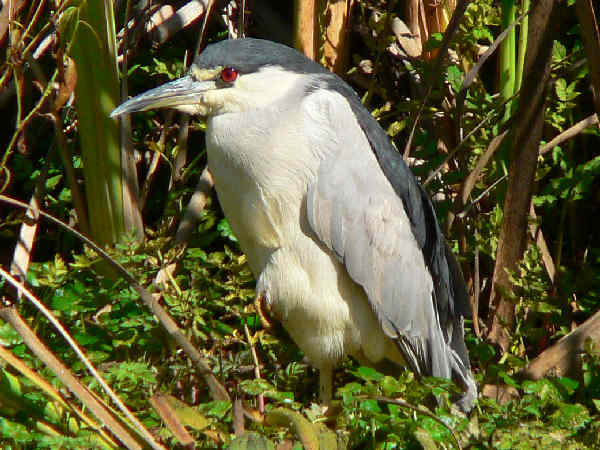 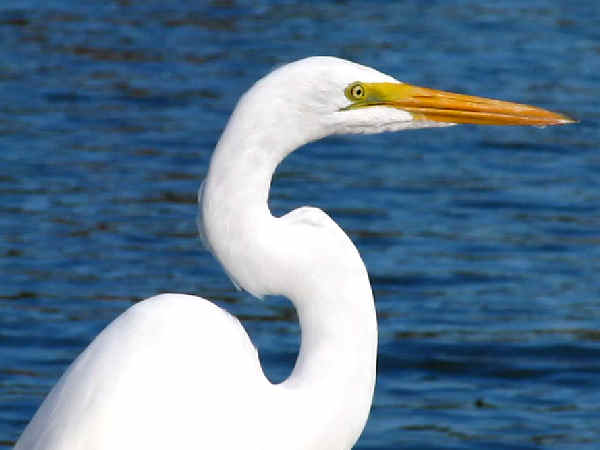 Still going strong after well over one hundred years later, the coalition of scientific and practical birding interests who opposed the wide spread use of egret feathers in the fashion industry in the late nineteenth century, continue advocating for bird interests today.

Similar in size and habitat preference to the Great Blue Heron, the Great Egret (Ardea alba) stands apart by dint of its white feathers and a yellow bill.

Traditionally among the hardiest of the West Coast egrets, their populations extend up to the Canadian border. 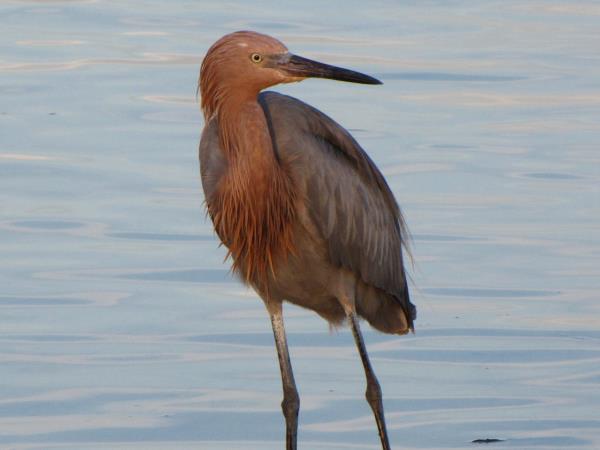 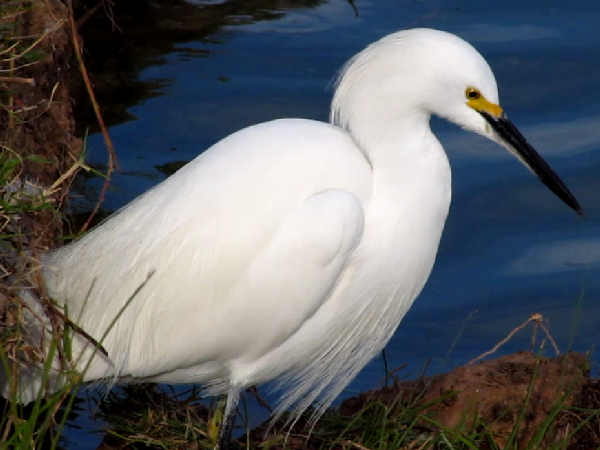 Snowy egrets (Egretta thula). the smaller and typically warmer weather native egrets, fits the general white feather, egret image. A large population lives year round from the equator up to Southern California. At a distance, the black bill serves as a good field mark to differentiate snowy egrets from great egrets. 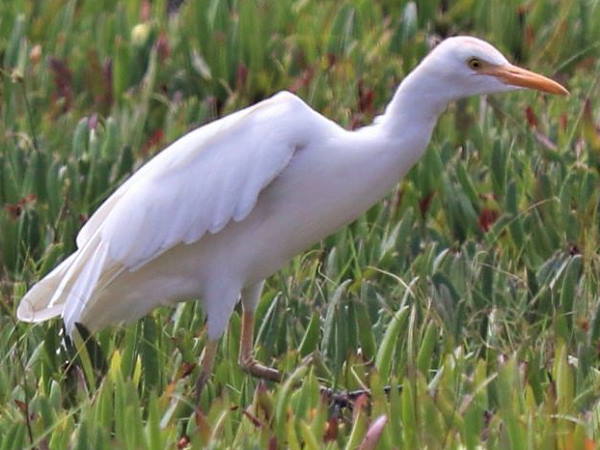 Cattle Egrets also fit into the smaller egret group. Size often helps differentiate them from the other white feathered members of the family. During breeding season the hair feathers turn golden, offering up another identificaion clue. They are mostly a southern species that migrates in Mexico. 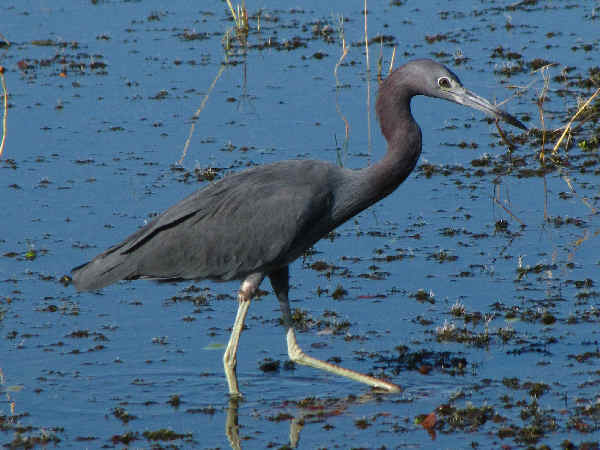 Heron identification gets a bit tricky with the next two species. While they have the common name heron attached to them, they fit into the egret genus. The Little Blue Heron (Egretta caerulea), another primarily southern species, can be easily identified by its black tipped bill. Most of the United States’ population lives along coastal Southeast locations. Occasional strays from a Baja California population make their way to Southern California. Juveniles start with white feathers, and after a year the feathers turn blue. 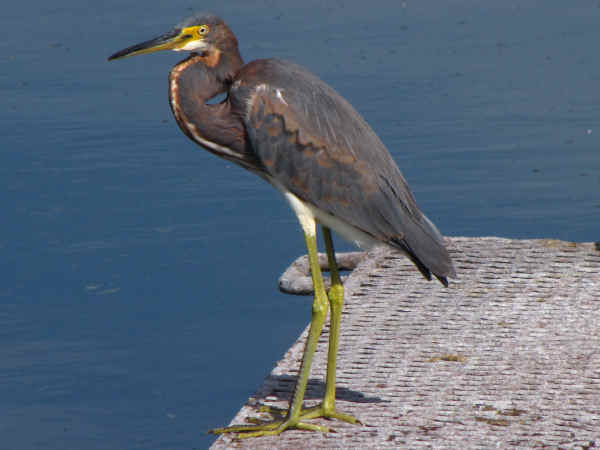 At first glance, the Tricolored Heron (Egretta tricolor) might be mistaken for the Great Heron. It’s a bit smaller than the Great Heron and the white feathers on the belly along with the stripe along the neck serve as key identification clues. Its range extends into the Atlantic and Gulf Coast coastal areas.