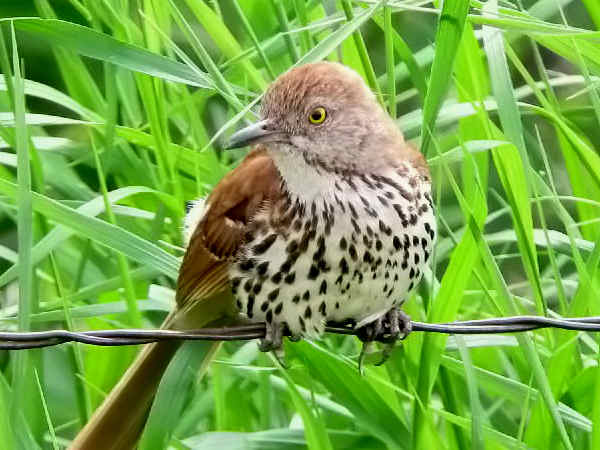 Georgia birds get much of their character by dint of the state being at the initial part of the Atlantic flyway. The migratory species of the state start their journey in early spring and return to the state in late fall. Together with the year round residents of the state Georgians have been able to build a bird check list that hovers around the four hundred and fifty species mark.

Like many states, Georgia celebrates a common year round resident as the official state bird, the Brown Thrasher. It’s the most common of the approximately half dozen Thrasher species present in the United States, with a range that extends to much of the country east of the Rocky Mountains.

Thrashers get noticed as the calm insectivores in many residential neighborhoods. They spend most of the day in he underbrush areas scraping the dirt with their bills in search of food. Bold stripes on the stomach are an identifying feature of the Brown Thrasher.

Less known is that fact that like Mockingbirds, they are mimics and can repeat a few phrases consistently. 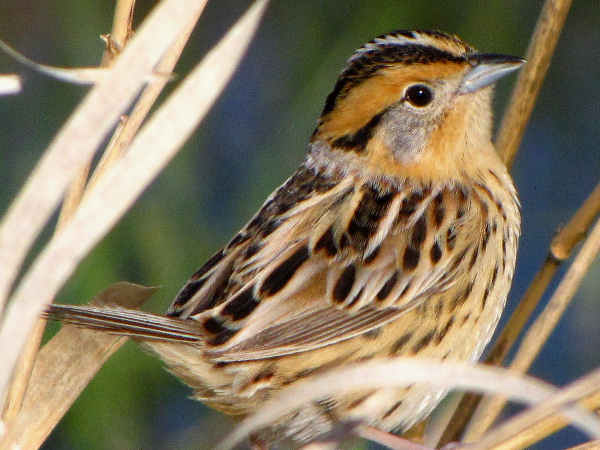 Speaking of neighborhood birds, winter migration brings a variety of sparrows to the state. Many will be welcomed at back yard feeders. Some, such as Savannah, Vesper and LeConte’s sparrows (pictured) can be found in grassy fields. 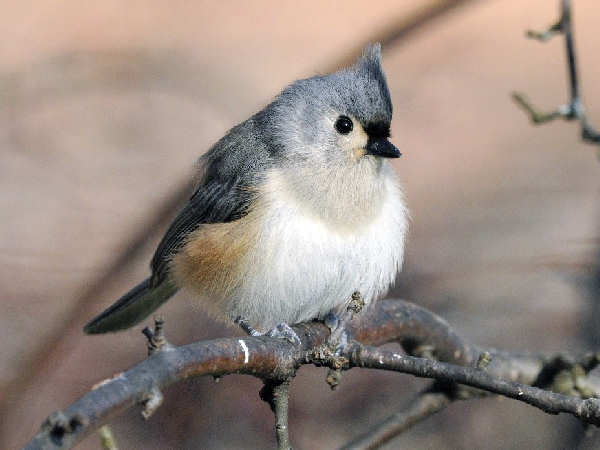 Tourists visiting Atlanta soon discover it’s a great birding destination year round. Water birds thrive in the city limits thanks in part to the presence of the Chattahoochee River National Recreation Area.

Georgia’s southern location means that many birds migrating south for the winter end up there during the fall and winter. They flock to the city and many birds quickly acclimate to feeders filled with food upon their initial arrival.

This feeder familiarity spills over into the winter season until the visitors are ready to consider the journey north once again.

Like many areas of the East, Atlanta hosts some common feeder birds such as Blue Jays, Cardinals, Chickadees, Titmice and the aforementioned sparrows.

The picture at the top of this section shows a Tufted Titmouse, one of many year round residents of the Atlanta area.

The woodpeckers button leads to greater details covering the state’s woodpecker population. They are also one of the common feeder birds year round. 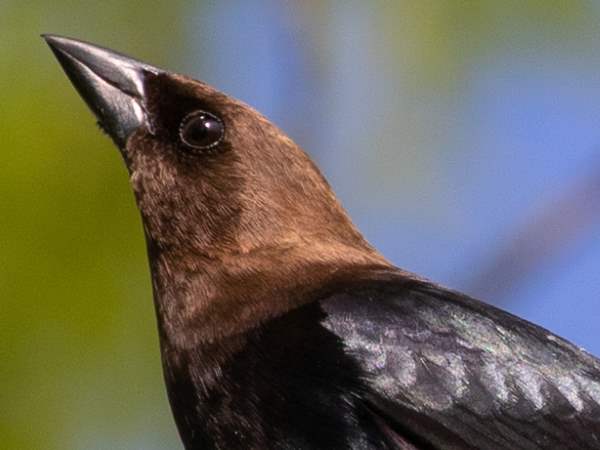 Here’s a quick look at some additional year round or almost year round birds, starting with the Brown-headed Cowbird.

They ranks as the most common of the Icterid species, along with the Common Grackle and Red-winged Blackbirds. 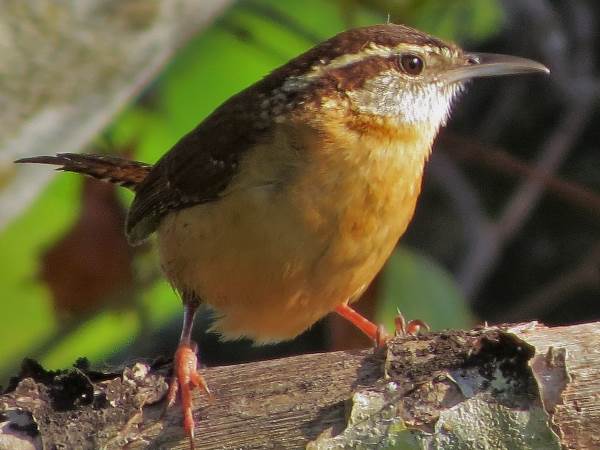 Five wren species can be found occasionally in the area. The Carolina Wren is the only year round resident. 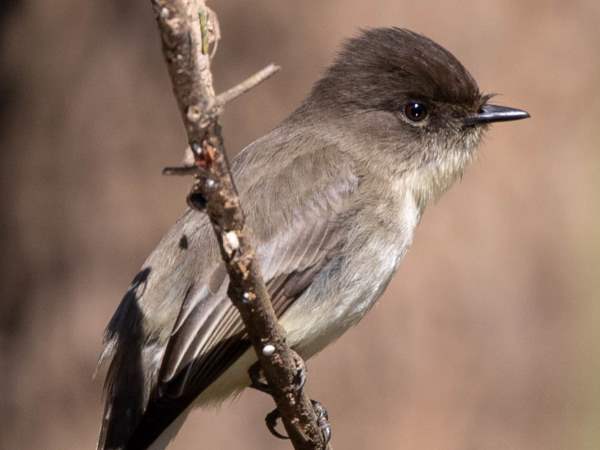 Eastern Phoebes are one of a handful of fairly common flcatchers in the Atlanta area. The name suggests they are insectivores rather than traditional feeder birds. 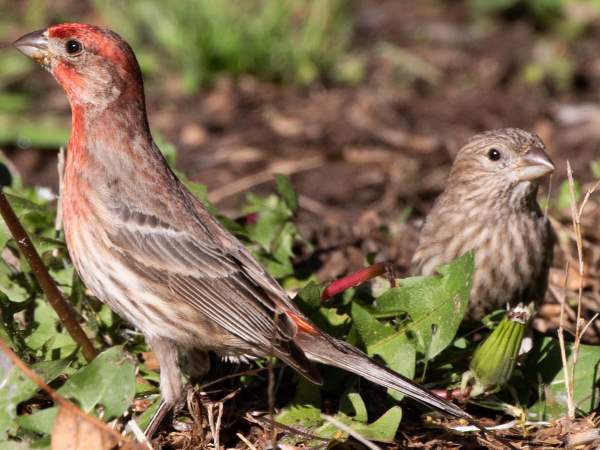 Like most places in the United States, House Finches and American Goldfinches can easily be found. The warmer climate makes the Atlanta area year round finch friendly. 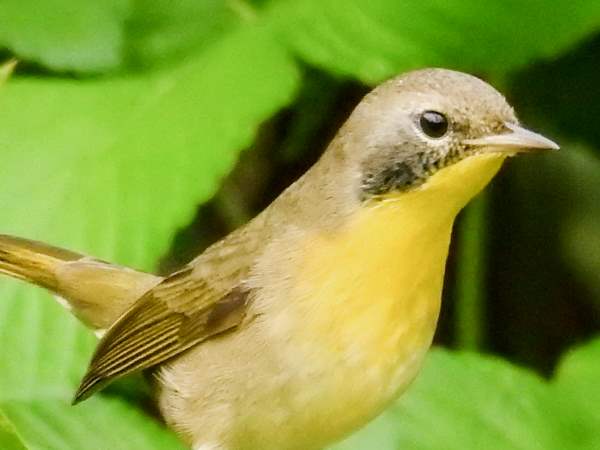 Piedmont Park bird checklist approaches the one hundred and eighty species mark. There’s always a good birding day to be had at the park.

Spring migration can be special with some three dozen warbler species possibly moving through the area. They are present almost year round.

The picture shows a Common Yellowthroat. 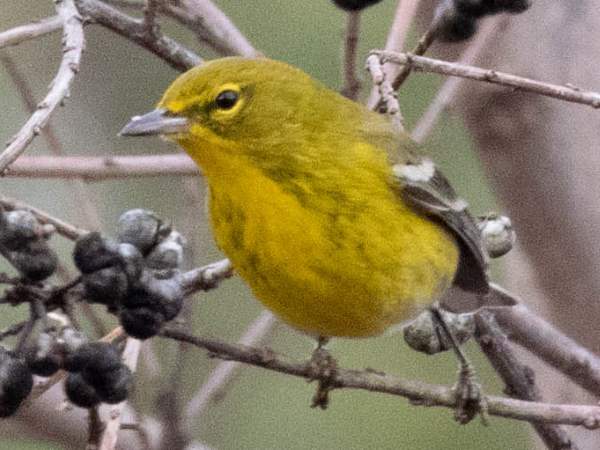 Pine Warblers are another of the year round warbler residents of the park. Thanks to Shawn Taylor of Flickr for the use of the previous five photos.

Tourists with a bit more time on their hands might want to take a brief trip north on I75 to Kennesaw Mountain National Battlefield Park for a great day trip. It’s ranked as a premiere destination for the spring migration with warblers abundant during the spring. 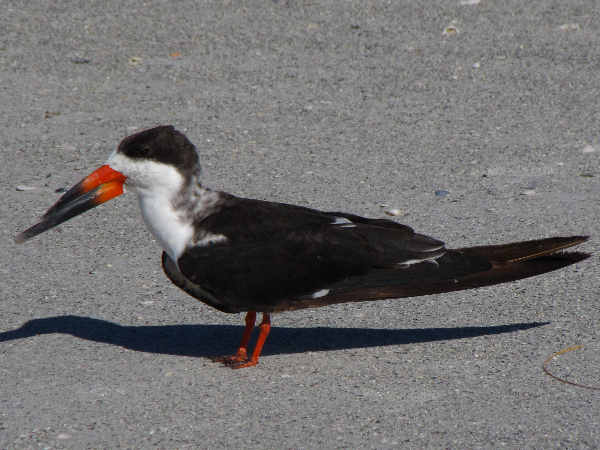 Inland ponds and lakes are also a great place to see water birds such as the long-legged wading birds, ducks and shorebirds.

The southern climate make it very heron friendly, with eight different species found from Atlanta in the north to the coastal areas of the south.

The Colonial Coast Birding Trail remains the go to destination for seeing herons along the coast, along with about three hundred other bird species.

Many of the eighteen different locations are easily accessible from I95. According to the Georgia Department of Natural Resources,

Each site along the Colonial Coast Birding Trail is unique. Many sites offer visitors the opportunity to watch birds and visit 18th and 19th Century historic places. Other sites are located on lands and waters that were once part of early plantations dedicated to growing rice, indigo and cotton. So whether you want to see a bald eagle soaring over a coastal river, an endangered wood stork feeding its gawky young, sanderlings chasing the waves on a sandy beach, or a great egret standing motionless in a placid pond, the Colonial Coast Birding Trail has something for you.

The picture shows a Black Skimmer posing at the beach.