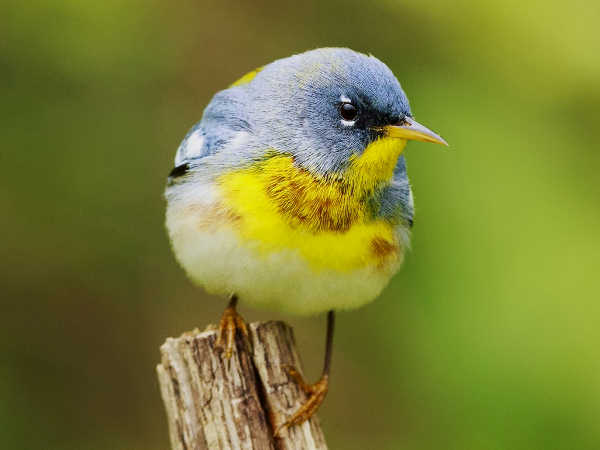 Conversations about Delaware birds often start with the Delaware state bird, the Blue Hen. Rightly so given its historical significance to the state.

As hard to the ears as it may sound today, cockfighting was all the rage in Colonial America. During the Revolutionary War an officer in the 1st Delaware Regiment raised a blue breed of these birds. Reasoning by analogy takes over and the spirit of the Regiment was likened to the spirit of a champion Cockfighter.

Of course there’s much more to Delaware birds than chickens and roosters. For a small state, the Delaware birds checklist has an impressive four hundred and twenty different species. Of this total the Delaware breeding bird atlas lists approximately 180 species.

Some of the breeding birds of Delaware are year round residents. Your basic back yard birds such as blue jays, finches, juncos, titmice and cardinals (to name a few) rank as the most common birds in residential areas throughout the state.

Woodpeckers are one group of birds that combine the year round residential and breeding bird populations. Press the woodpeckers button to learn more about Delaware woodpeckers.

The birds button leads to articles, pictures and video covering many types more of birds.

Less well known is the fact that about ten birds of prey, hawks, eagles and owls get classified as breeding birds that live year round in the state.

Great Horned owls, barred owls, barn owls and Eastern screech owls all carve out a niche for themselves in the state.

The video clip shows a Red-tailed Hawk, probably the most common hawk in the United States. It’s consuming a snake. During the winter season there are plenty of smaller birds and possibly a few rodents available for them and other raptors such as Cooper’s Hawks and Red-shouldered Hawks as food sources.

Each year the people of the state keep an eye out for the fish loving Bald Eagle, who continue to winter in the state in large numbers. Bombay Hook and Prime Hook National Wildlife Refuges advertise their presence.

Because parts of the state are situated along two hawk migration routes, one along the Piedmont ridge and one along the Atlantic Ocean, Delaware also hosts two separate Hawk watches during the fall.

The remainder of Delaware birds often get classified as the neo-tropical migrants, with familiar names such as hummingbirds and warblers. While many of the warblers and songbirds are passing through during the migratory season on their way to more northern breeding grounds, a few of them, such as the Northern Parula (pictured at the top of the page), the Yellow Warbler, Chestnut-sided Warbler, Yellow-throated Warbler and Pine Warbler make Delaware the end of their migratory journey. 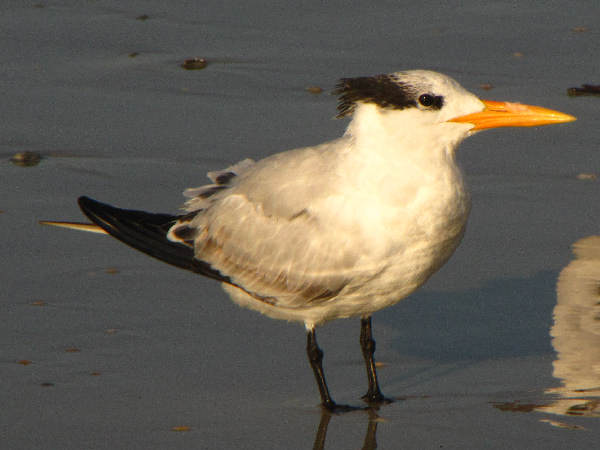 As a coastal state, Delaware is also a great place for shorebirds and waterbirds. When it comes to shorebird watching, Cape Henlopen is to Delaware just as Cape May is to New Jersey. They sit on opposite sides of the Delaware Bay, at the midway point of the Atlantic Flyway. It’s a birder’s paradise with close to three hundred birds on the local bird check list.

In spring and fall shorebirds, songbirds and raptors move through the park in impressive numbers. A hawk watch is conducted from the Bunker overlook during April and May and again during September and October. In late October and early November thousands of sea ducks, cormorants, gannets and loons stream past the Cape as they migrate south. Winter offers the chance to see northern visitors like snow bunting, common eider and snowy owl. During the summer months piping plover nest on the beaches at the Point and Gordons Pond, common nighthawks nest in the ocean dunes and Chuck-will’s-widows nest in the Park’s pine forest.

Delaware also hosts over a dozen tern species on their coastal areas, including two Thalasseusa, or crested Terns. Crested head feathers, along with other genetic similarities explains the common name. They are great birds to watch and photograph.

The first picture pretty much explains the rest. It highlights an individual Royal Tern with spiky or crested head feathers. The large size, black legs and orange bill provide for fairly easy species identification in its East Coast and Gulf Coast habitat. 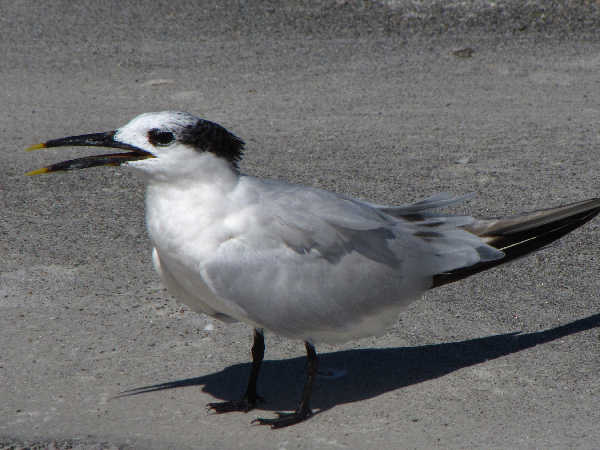 The yellow-tipped bill serves as the key identification feature for the Sandwich Tern, the second of the two Delaware Thalasseus species. It’s a a medium sized bird that lives primarily along the coastal areas of the Southeast and Gulf of Mexico.

Delaware residents and tourists need not stop with shorebirds. Delaware is also home to about a dozen State Parks that offer specialty birding adventures. White Clay Creek State Park, for example, is a bit north of Newark and boasts of great year-round birding opportunities. Migrating songbirds are of course the big spring draw.

Even more, the entire area, including the adjacent White Clay Creek Preserve in Chester County, PA are known for their being a scenic area with White Clay Creek having a Wild River designation.