Welcome to Colorado spiders. Most long time residents of the state have come to know someone involved in a two decade long citizen science project that surveys the spiders of Colorado.

The survey is sponsored by the Denver Museum of Nature & Science. Over the course of the survey, the museum has accumulated over forty thousand spider specimens.

A quick review of the database reveals a bit of messiness because the results are organized by counties, and in some instances cities.

Downloading the Denver and Denver County data, and filtering for duplicate species reveals that over the course of twenty years, approximately 166 spider species now occupy the Denver spider checklist, divided into two dozen spider families. The numbers do not include other arachnids such as windscorpions, ticks and mites.

The top ten spider families in Denver based on the number of species present will sound familiar to most people. 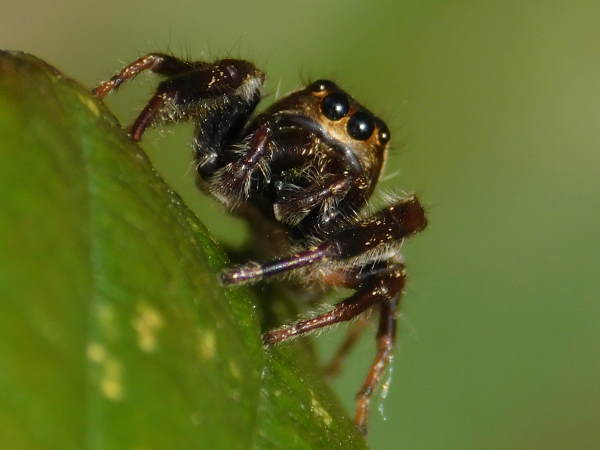 Jumping spiders leads the list with 31 species. That statistic holds true for most areas of the United States because Jumping Spiders are the worlds largest spider family in terms of number of species. We know them as the small garden spiders with four binocular eyes peering at the world around them. The picture shows a front view of a common Bronze jumping spider.

Generally, Phidippus species are the largest and most colorful species. That fact translates into their often being the easily recognized species. 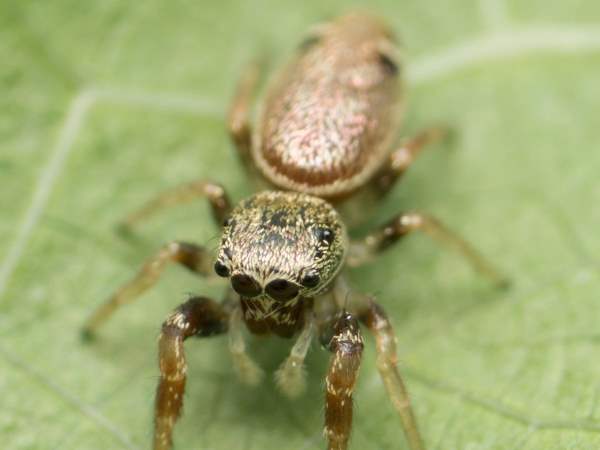 Here’s a Buttonhook Leaf-beetle Jumping Spider (Sassacus vitis,), a small mostly Western species. Like many jumping spiders with a body less than one-quarter inch in length, a good macro-lens is needed to take a good picture.

The Sheetweb and Dwarfs Spider family also ranks at the top of the spider diversity list. However, due to their small size, they often go unnoticed. That could account for their relatively low species count. 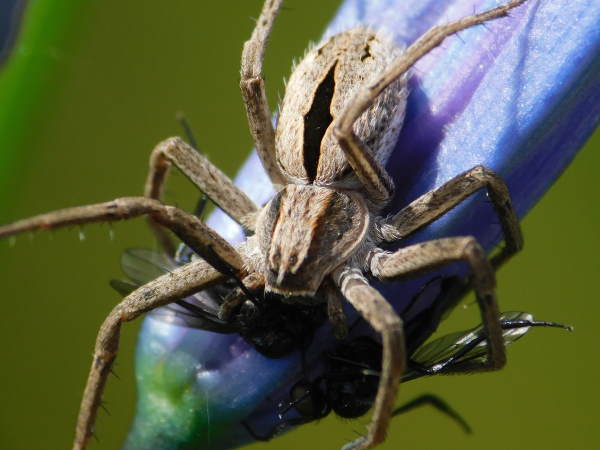 Some call it a Diamond spider because of the diamond mark on the abdomen. It’s a Colorado famorite, Thanatus coloradensis, a member of the Running Crab Spider family.

The picture is enlarged. They are medium sized spiders that are found in many areas of the Western United States. 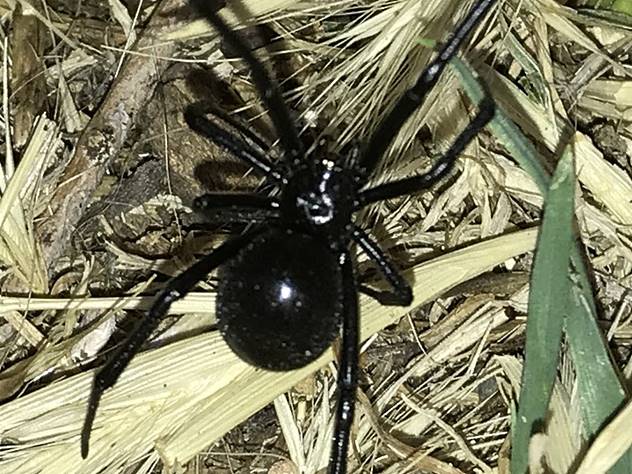 The two Recluse spiders on the list also arrived in Denver accidentally. Denver specifically and Colorado in general are out of the Recluse range. The Southeast portion of neighboring Nebraska, for example, is the extent of the Recluse westward range.

Three genera of orbweaving spiders are the most commmon spiders seen in residential areas around the lawn and garden: Araneus, Spotted Orbweavers and the so-called gsrden Spiders in the Argiope genus. The video at the top of the page shows the Yellow Garden spider, in the Argiope genus.

Up next is a European import that is fairly common in urban areas across the United States, the garden Cross Spider. Note, they did not make the Denver spider checklist. 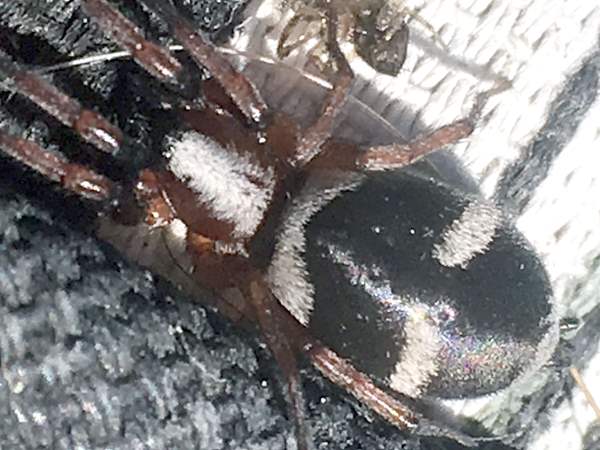 Like jumping spiders, a few of the ground spiders are ant mimics, very small and difficult to recognize as spiders.

Sergiolus are also a common genus of ground spiders found throughout the United States. A few of the species have red thorax and black and white abdomens. Sergiolus montanus, pictured, is a common northern species with black body and white patterns. 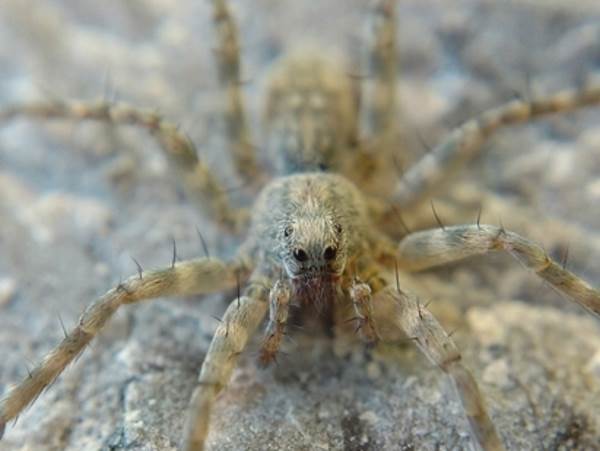 More than half of the wolf spiders listed go by the common name thin-legged wolf spiders. All look very similar.

Other wolf spider species are also characterized by thin legs. The difference between the species has to do with physical characteristics such as the number of hair-like projections on the legs. Therefore, it’s always difficult to identify a Thin-legged wolf spider in the field.

Size is the best, first field identification clue for both the Hogna and Tigrosa species listed. These are large spiders with bodies around one inch in length, not including the legs.

Finally, it’s important to note that school children collected samples at their schools. Other samples were collected at urban nature centers. The results may be generalizable to many residential areas of Colorado. However, they no doubt miss mountain species and some of the desert species found in the southern part of the state.

Tarantulas, for example, are not included on the list. Southern Colorado, especially the Southeast, provides the ideal tarantula habitat.

A review of the Denver spiders misses the larger picture. In fact, Colorado spiders, like neighboring states, could reach the seven hundred species mark or higher.