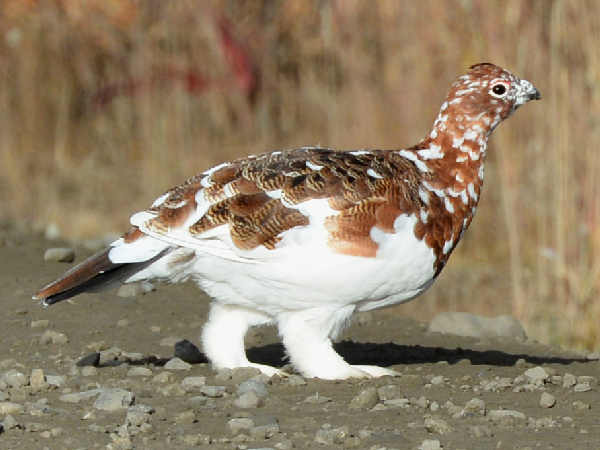 Alaska birds and birding are fun for everyone. Then there are the Big Year birders, the competitive birders for whom Alaska means life or death in their year long run to see the most birds ever in the American Birding Association (ABA) designated area.

Most birders who participate in the Big Year arrive in Alaska during the spring and/or fall migration in order to add any rare species, mostly seabirds, that might fly through Alaska airspace on their way to or from their breeding grounds.

A Big Year in Alaska birds means spotting close to 290 of 514 species that live in or fly to the state during migration. Some of those species such as the Emperor Goose, Whiskered Auklet and Red-faced Cormorant can be seen only in Alaska.

Tourists with less time on their hands and an interest in efficient birding might want to think Juneau when the think birding. According to a very recent report

Based on eBird records, the Juneau area boasts the greatest species richness, and importantly the greatest number of observers reporting bird sightings. More than 29,000 eBird checklists for the Juneau reporting area have identified 314 species, including sightings of rare and accidental birds 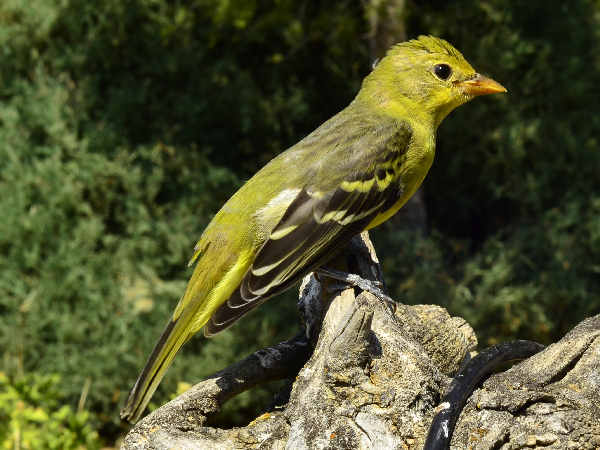 What types of birds might they see? Some rare birds of course. However, many Alaska birds are the same species seen all over the United States. The Alaska breeding bird survey lists 135 species of landbirds, with names as familiar as sparrows, flycatchers, warblers and chickadees that fly north for the summer breeding season.

The second picture shows the Western Tanger, a migratory songbird that breeds in Alaska. It’s a treat to find them up and down the West Coast during migration. The color contrast the tanager and the state bird, the White-Tailed Ptarmigan could not be more stark. It’s a true bird of the tundra and the white feathers help provide camouflage for the birds against potential predators.

All Alaska tourists also ought not pass up the opportunity to see the White-Tailed Ptarmigan, the official state bird and a true bird of the tundra. The white feathers help provide camouflage for the birds against potential predators. 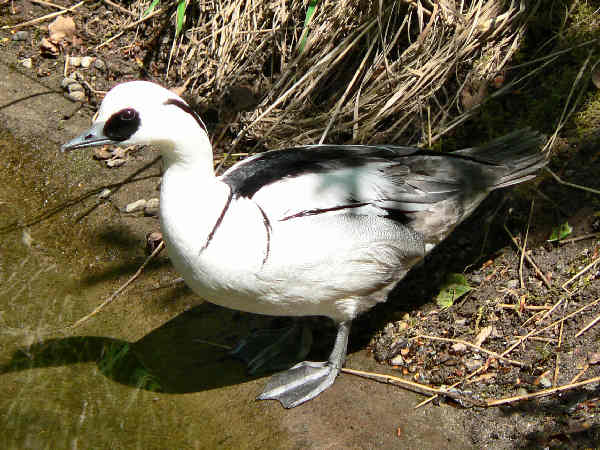 Because it is surrounded by water, a discussion of Alaska birds necessarily includes the sea birds and sol called beach birds.

Traditional beach birds such as gulls and terns are common in Alaskan waters, especially during the summer season. Three dozen different gulls, terns and loons are currently on the Alaska birds checklist.

Tourists interesting in a new kind of birding experience might also want to check out their sea birds. A variety of Albatross, Shearwater, Storm-Petrel, Auklets and Puffins, for example, spend the summer months along the Alaska coast.

Don’t forget the ducks. The picture at the top of the heading shows a Smew, a diving duck native to Asia that sometimes shows up in Alaska waters.

The video provides a good look at many of the Alaska diving ducks, named for the manner in which they obtain their food. Sometimes diving ducks get further categorized by their habitat or physical characteristics.

The video clip divides the diving ducks into three categories, starting with the stiff-tailed Ruddy Duck.

The freshwater diving ducks consist of the scaup, canvasbacks, redheads and ring-necked ducks. The video shows specimens from the first three species.

Finally, Alaska is best known for the Sea Ducks, which consist of three species each of eiders, scoters, and mergansers, plus long-tailed ducks, harlequin ducks, and two goldeneye species, along with the bufflehead.

The video shows the Common Goldeneye, Harlequin Duck, Hooded Merganser and Common Eider in that order.

Alaska hosts almost all of the dabbling duck species such as Mallards, Wigeons, Shovelers, that are found at the local ponds.

The link points to additional information covering Alaska woodpeckers. As the site grows, the pages covering other types of birds in Alaska will expand.

Visitors looking for additional bird identification help can press the green birds button at the top of the page.