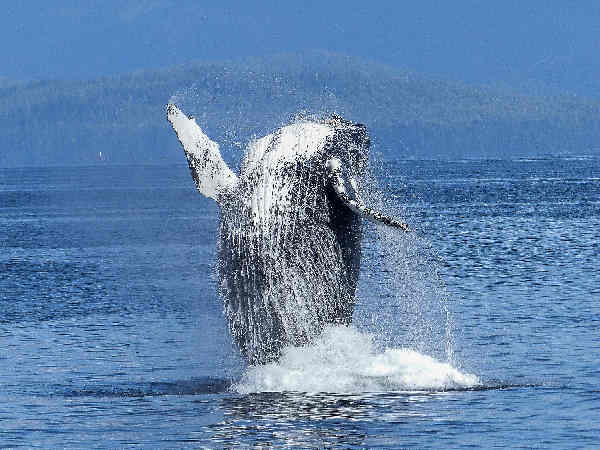 When the topic turns to ocean animals, whales stand out as the animal that immediately come to mind.

Over the years, the IWC institutional mandate evolved to include the scientific study of smaller cetaceans. Now the IWC provides research and a management forum for all the dolphins, porpoises and whales in the Cetacea order.

Cetacea traditionally get divided into two categories, baleen and toothed, corresponding to the physical properties guiding their hunting methods. Both types of whales live and breed in US coastal waters, and each gets reviewed below. 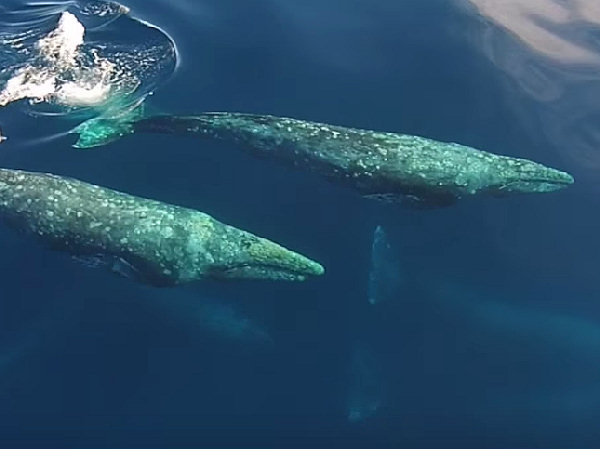 Baleen whales get their name from the baleen plates that line their upper jaw. As they travel the world’s oceans, baleen whales gulp large amounts of water containing smaller species such as krill. When they close their mouths and expel the water, the baleen acts as a filter, keeping the krill and other smaller species in the mouth, waiting to be swallowed and digested.

Four baleen whale families belong to the suborder Mysticeti, and three of the four have some type of presence along US coastal waters.

The ocean’s Gray Whale population lives in a restricted range, mostly limited to the Eastern Pacific Ocean, or the West Coast of the United States, along with a small Western Pacific population.

Historical records indicate a now extinct population once inhabited the Atlantic Ocean in the seventeenth century.

The Eastern Pacific population splits its time between winter breeding grounds in the lagoons near Baja, migrating north along the West Coast, to their summer feeding grounds around Alaska. The biannual migration makes for some great whale watching activity.

Their near shore habitat made them a prime target for early whalers, leading to their population declines. The 1948 treaty establishing the International Whaling Commission (IWC) offered them some protection, however population declines were not reversed around until the establishment of the whaling moratorium.

Current population estimates vary, with 20,000 now quoted as a rough estimate. A significant population decline, perhaps in the 10,000 range, was recorded in the early part of the decade, attributed to changes in ocean currents and food supply. Despite recent population declines, in 2008, the IUCN listed them as a whale species of least concern.

Once declared extinct, the Western Pacific Gray whale (Eschrichtius robustus) was rediscovered in the late 1970s.

Species population, estimated by the International Union of Conservation Scientists (IUCN) to be approximately 100, a critically low number.

In 2008, the IUCN listed the Western Pacific Gray Whale as critically endangered. 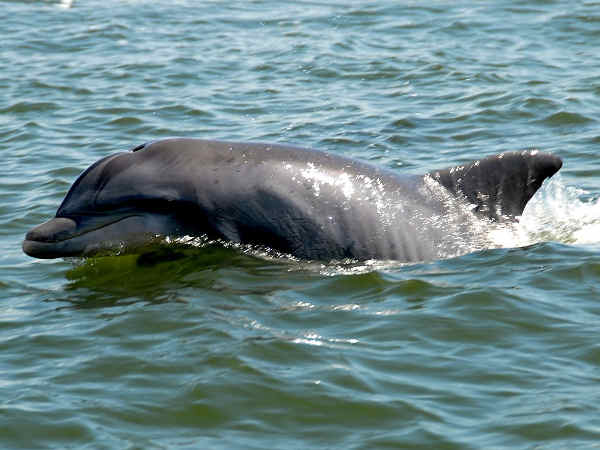 Toothed Whales (suborder Odontoceti), the types of whales that use their teeth to capture their food, also includes dolphins and porpoises. Currently the scientific committee of the International Whaling Commission divides the toothed whales into ten families, consisting of seventy species.

Sperm Whales (Physeter macrocephalus) and Killer Whales or Orcas (Orcinus orca) are probably the most recognized in the group.

Along with Moby Dick memoralizing the sperm whale in American culture, the story of the Gulf of Mexico Sperm Whale population is probably the second most interesting sperm whale story.

Research continues on their status following the BP oil spill. Past research confirms that the roughly 1,100 Sperm Whale population is a distinct population with a range from just south of Western Florida Panhandle to the South Coast of Texas.

A June 2006 report done for the Minerals Management Service by the Department of Oceanography at Texas A & M University provides an initial set of data that more clearly defines stock characteristics.

The report runs over three hundred pages, reviewing and offering tentative conclusions about the range of experiments and observations undertaken by a team of scientists. Sample populations were observed, photographed, and/or tagged with tracking devices to determine basic characteristics such as gender, age, size, communication and feeding behaviors. Biopsies were taken to begin building a genetic data base.

Sperm whales are considered a social and chatty species of whales. When gathered as a group, they exhibit a specific type of vocalizing called a coda. The coda of a sample population of whales was taken, and initial results from a dendrogram (mathematical way to chart sounds) shows they use a distinct dialect compared to codas of sperm whales in the Azores, Caribbean and Mediterranean Seas.

Sperm whales use echolation, (their built in sonar) as a navigation and feeding tool. There is a growing body of evidence suggesting that anthropogenic noises harm whales, perhaps by knocking out their sonar. Since oil and gas drilling operations use sonar for generating seismic survey arrays of potential development areas, one series of studies sought to understand how noise from ongoing or potentially new oil and gas operations in the Gulf of Mexico might effect the sperm whale population.

The only solid conclusions reached in the study were that whale feeding habits were altered by initial sound experiments, and more research was needed (p 254(272).

While these results should not be considered conclusive, this study does provide some evidence that air guns affect the foraging behavior of sperm whales, and should help define hypotheses about effect size and describe natural variability in these important behaviors…