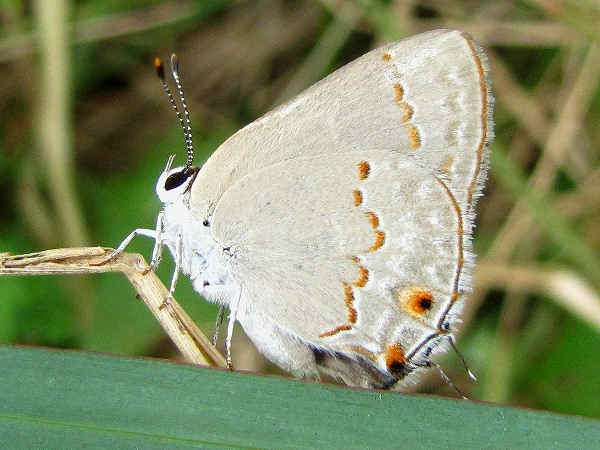 Most, if not all the species inhabit southern areas of Texas.

The picture shows the red on the side of the wings. It’s easy to identify in its range. 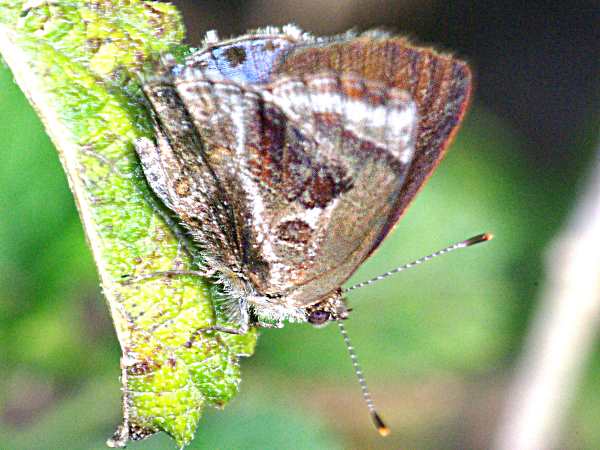 The Lantana Scrub-Hairstreak (Strymon bazochii) may have had an appearance in Arizona. It’s a tropical species that uses Lantana as the Larval host plant.

It’s mostly found in South Texas. However, because Lantana grows in Florida, there’s no reason that it could not create a population in the state.

The picture shows a glimpse of the blue on the top of the wings. 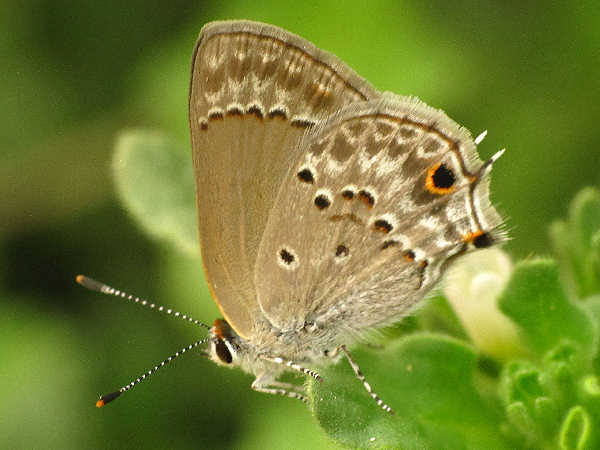 Mallow Scrub-Hairstreak (Strymon istapa) are the most common of all the Scrub-hairstreak species. Their range extends across most of the southern border.

Their dull color helps them blend into the background. The black spots with shades of orange on the wing are the best field identification clues. 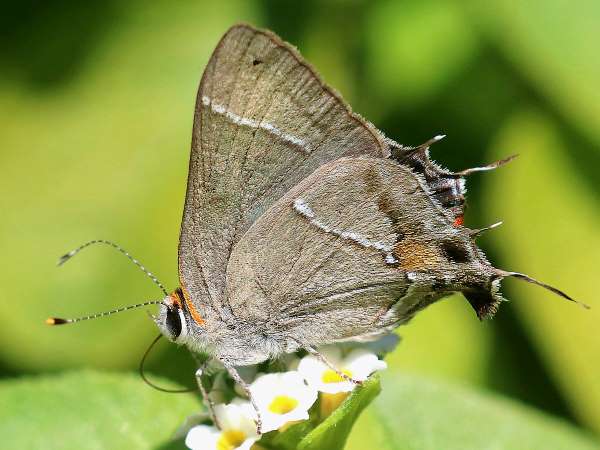 The Martial Scrub Hairstreak is a Florida species. The blue wings and two tails are a good identification starting point.

It is not very common in the state and is found along the South Coast areas. 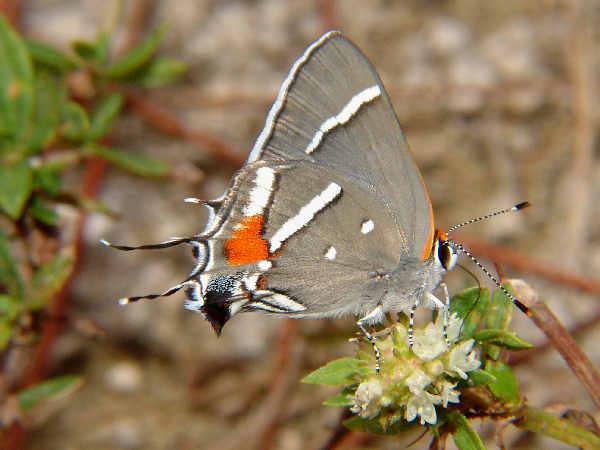 It’s also one of a handful of butterflies listed on the Endangered Species Act, albeit with a bit of a confusing story. According to the US Fish and Wildlife Service,

The Service first recognized the Bartram’s scrub-hairstreak as a candidate in 1984 and later removed it from the list in 1996 because there was not sufficient information on the subspecies’ biological vulnerability and threats to support issuance of a proposed rule. In 2006, the Service recognized the Bartram’s scrub-hairstreak as a candidate species, with a Listing Priority Number of 3 (threat is imminent) and subsequently listed the species on August 12, 2014. 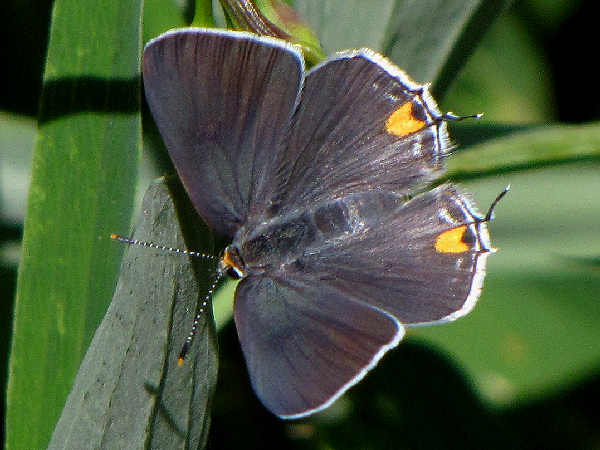 Finally, a reminder for all the visitors who came to this page independently of the Hairstreak butterflies home page.

The picture shows a top view of the wings.