Skip to content
Damselflies
About twenty different spreadwing damselflies live in the United States, and they divided into two genera. The California spreadwing video at the top of the page is on of two species in the genus Archilestes.

Most damselfly enthusiasts rightly associate the genus Lestes with the spreadwings. Pictures and ranges for fourteen Lestes species are presented below. In total they point to the fact that like most dragonfly species, all of the spreadwings have only regional ranges.

Of course the presence of open wings at rest is the first clue for successful damselfly identification in the spreadwing category. A close up view of the color and pattern of the thorax is usually a sufficient second identification step. 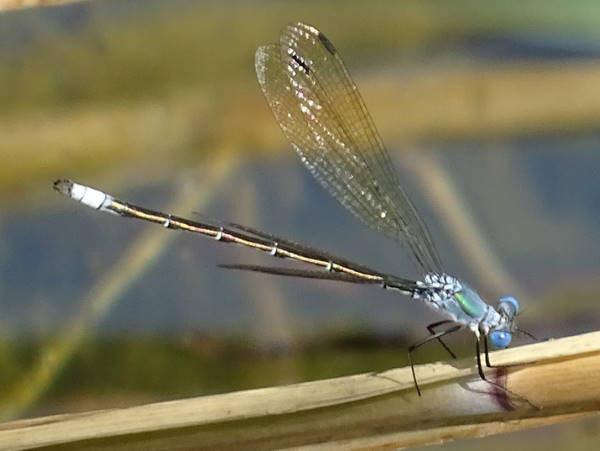 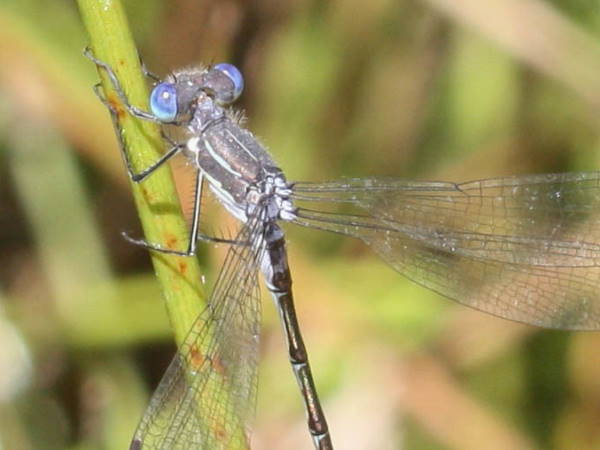 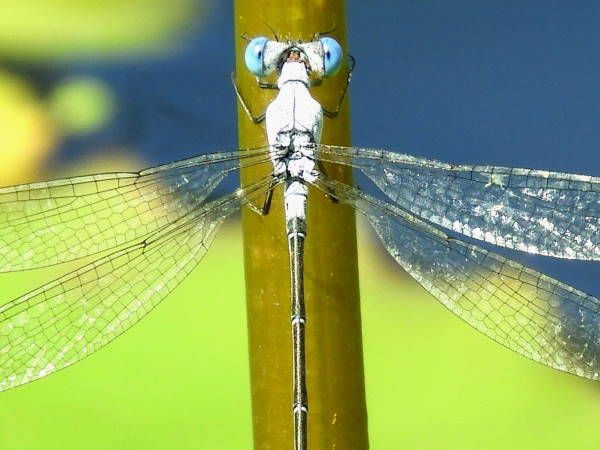 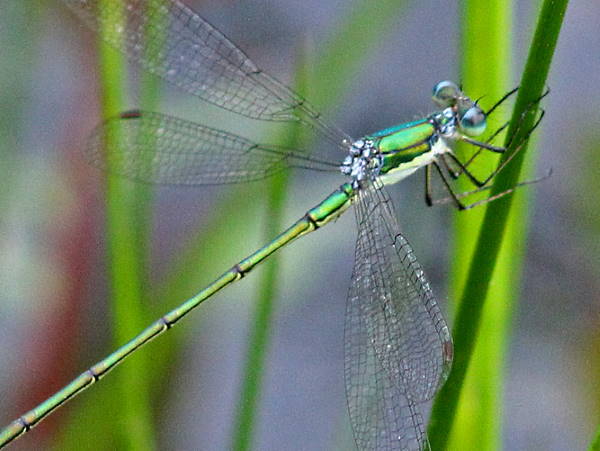 Elegant spreadings are fairly common in the East. 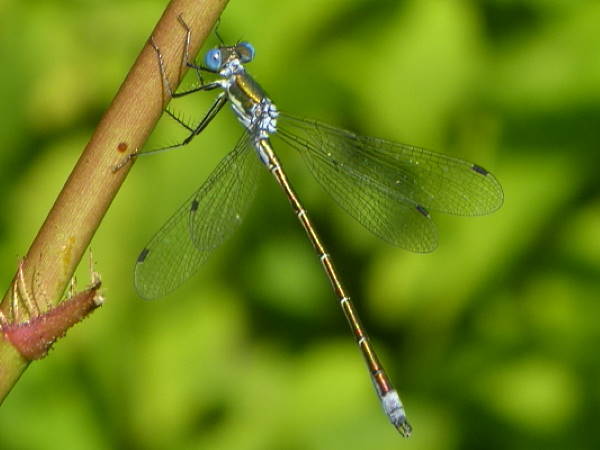 Damselfly identification is made easy with Emerald spreadwings. Green abdomens and thorax jump out. They are fairly wide spread North and Mid Latitudes. 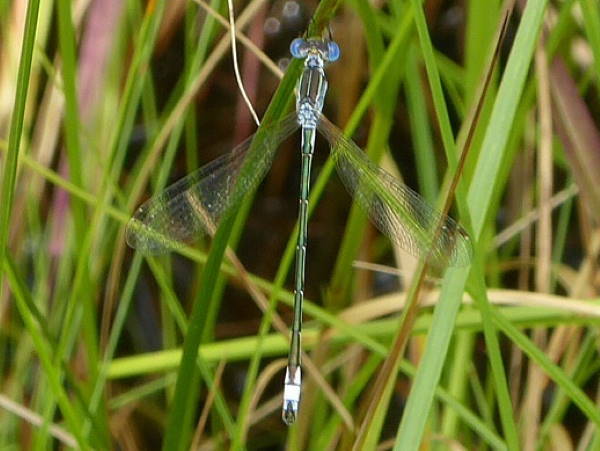 Look for the Lyre-tipped spreadwings in the same North and Mid Latitudes. 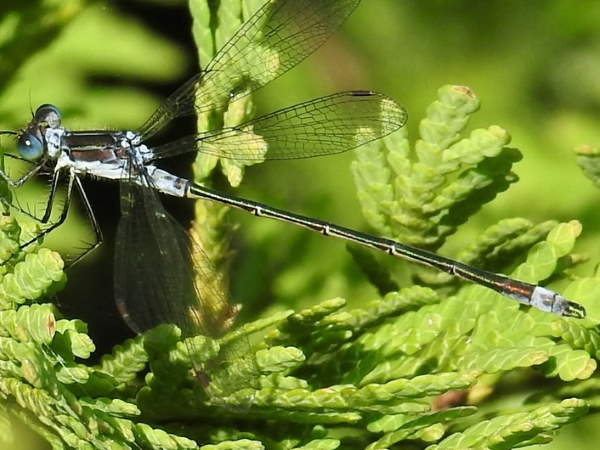 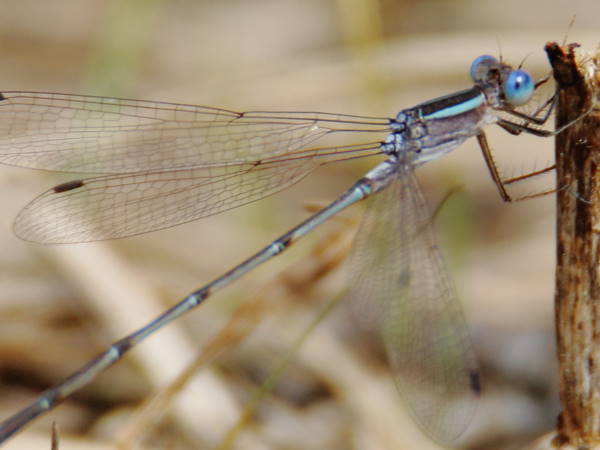 Plateau spreadwing damselflies are a Southwest species with spillover into some lower Midwest states. 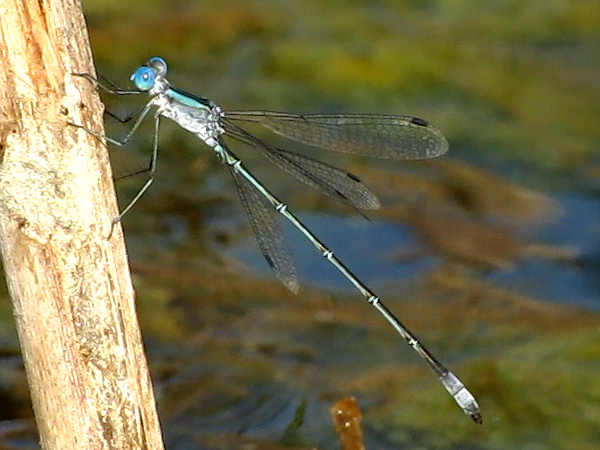 You have to travel all the way to South Texas to get a glimpse of the Rainpool spreadwing. It’s well worth the travel. 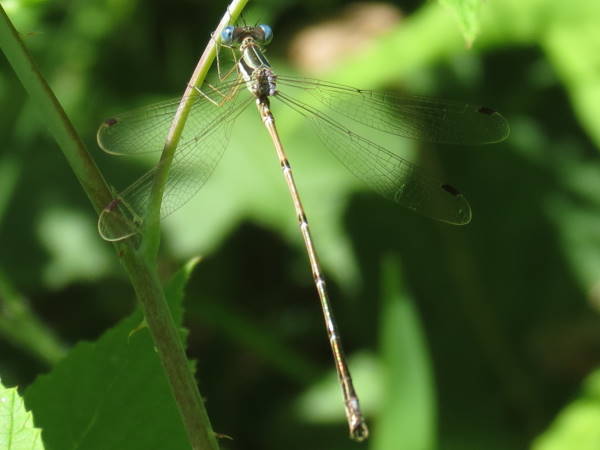 Slender spreadwings have a fairly large range over the East and Midwest United States. 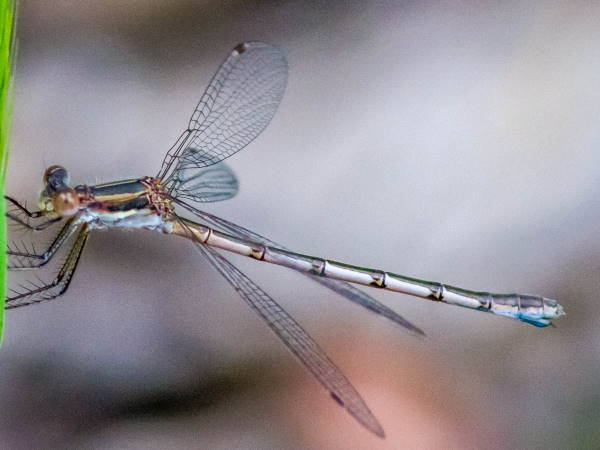 Southern spreadwings can be found in the Southeast as well as Mid-Atlantic states. 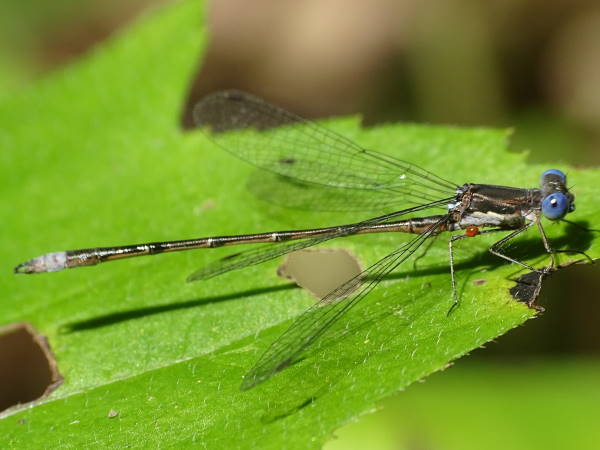 Spotted spreadwings are widespread in West. They also can be found along the northern border states and a bit of the Northeast. 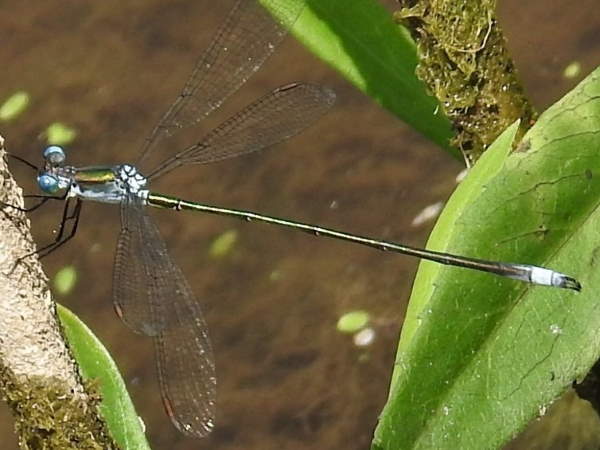 Swamp spreadwings live in the East. 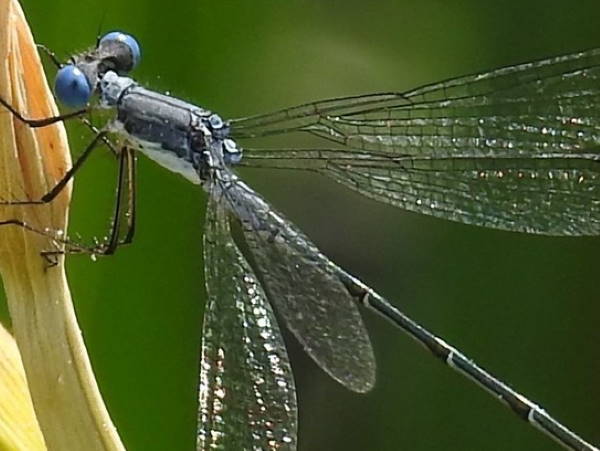 Sweetflag spreadwings have the northern most range.