For a variety of reasons Spiketail dragonflies receive little attention from anyone except for ardent dragonfly enthusiasts. Accessibility explains most of the attention deficit.

The Spiketail family gets its name from the length and shape of the female ovipositor. The family also gets characterized as small in species number and habitat selective. Only nine species have been documented in the United States, with mountain stream sides their preferred habitat.

Sometimes finding them can be more of a challenge than identifying them. However as the video at the top of the page demonstrates, getting pictures and video clips of them can be fairly easy once they are located.

The video of the Pacific Spiketail also provides a great visual overview of basic spiketail dragonfly identification. Adults have big blue or green eyes that meet only at one place. The large dark bodies are covered with a specific pattern. Often they perch vertically, low to the ground, near their water source.

When scrolling down the page notice the similarity among all the spiketail dragonfly species.

The name Pacific Spiketail might be a bit misleading. Its range extends through much of the West, including the Rocky Mountains. 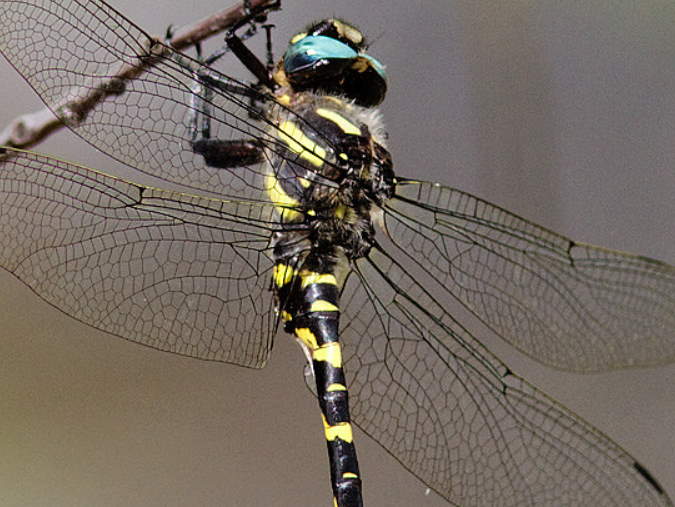 In fact, with the exception of Sarracenia Spiketail, a new found species of East Texas and West Louisiana and the Apache Spiketail, pictured, North American Spiketails are basically an Eastern group.

Growing up to three and one-half inches makes for easy spotting of the Apache Spiketail in its Arizona and New Mexico range.

Stripes on the top and side of the thorax are good identification clues. 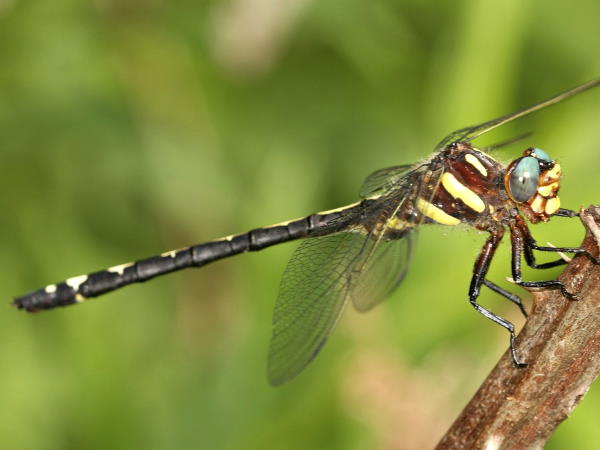 Arrowhead Spiketails probably have the largest range of the Eastern Spiketail dragonflies. It can be found North (Maine) to South (Texas) with some Midwestern spillover.

The yellow marks on the abdomen are arrow shaped, explaining the name. Eye color change from green to blue moving north to south. 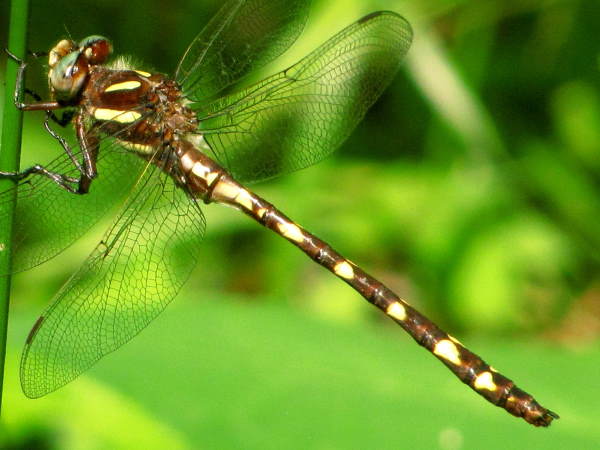 Brown Spiketails live east of the Mississippi as far north as Pennsylvania. Two stripes on the thorax, as shown in the picture and the brown abdomen, are the best field ID help. 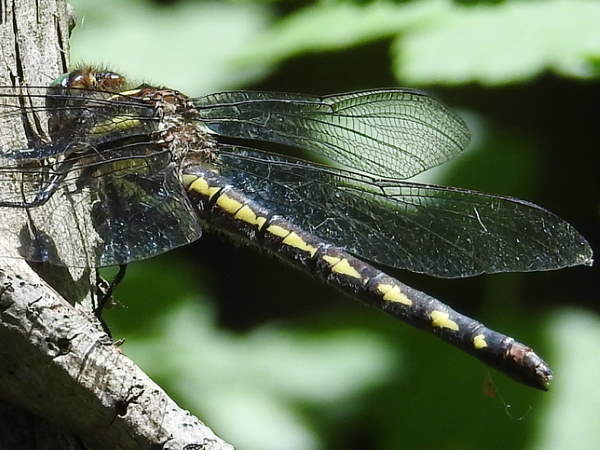 Delta-spotted Spiketails inhabit streams and some river areas in the Mid-Atlantic and New England states.

The picture highlights the dragonfly’s stripes on the thorax and yellow triangle like spots on the abdomen. 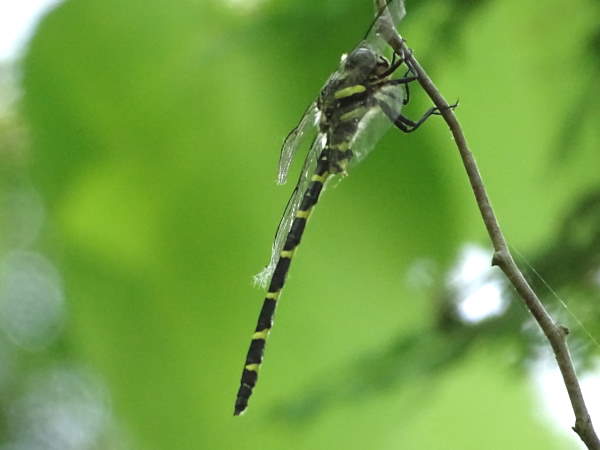 Tiger Spiketails, another eastern species, can be identified by the presence of the thin stripes around their dark abdomens. 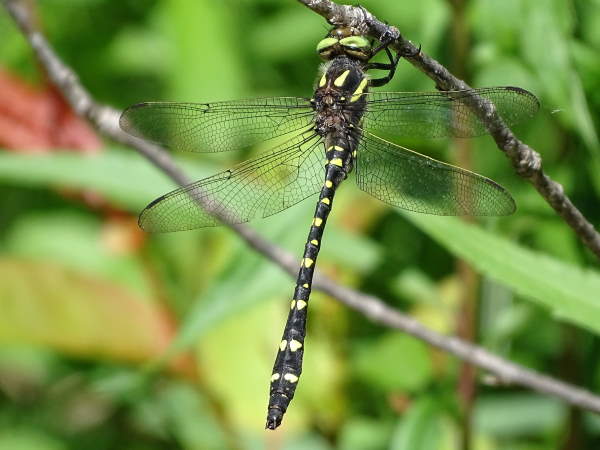 Look for it in wooded areas with streams. 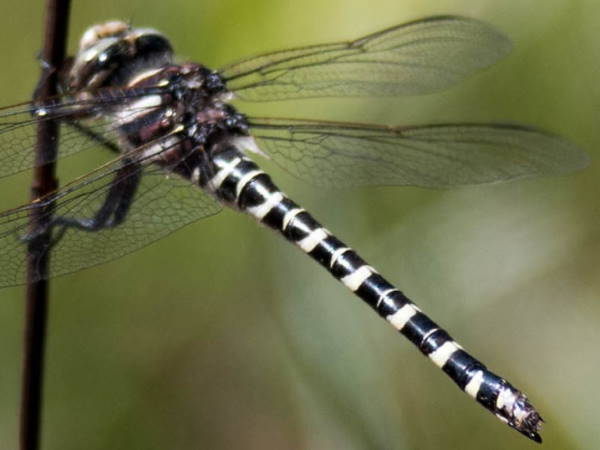 Say’s Spiketails have very limited ranges in he forests of northern Florida and south Georgia. Attempts to list them as endangered have been ongoing for twenty five years.

The picture highlights the abdomen with alternating thick and thin stripes.