As the years pass, American recycling habits expanded, with beverage container recycling explaining much of the increase in glass, metals and plastics recycling in 1990.

Starting in 1990, yard trimming recycling rates, not presented in the top bar chart, also occupied a larger portion of the average American’s recycling efforts. By 2010, Americans were recycling 57.5% of all their yard trimmings.

The ten categories of materials recovered from the municipal waste stream listed in the pie chart cover all of the categories for which material recycling statistics are recorded.

Eight materials constituting the remaining one-quarter of the 2010 recycling total also sound familiar to American recycling ears. At one time or another during the year, many Americans receive reminders to recycle glass, plastic, metals, textiles, woods, and other materials.

Reverse vending machines, invented during a 1990s recycling technology wave, now fill space in many retail locations around the country.

State beverage container recycling laws and ease of use account for a portion of their long term success.

While circumstances exist where individuals might need a moment to stop and think through any particular recycling task, most modern recycling tasks, like using reverse vending machines, are quite simple tasks, accomplished by many individuals unreflective participation in organized beverage container recycling programs. 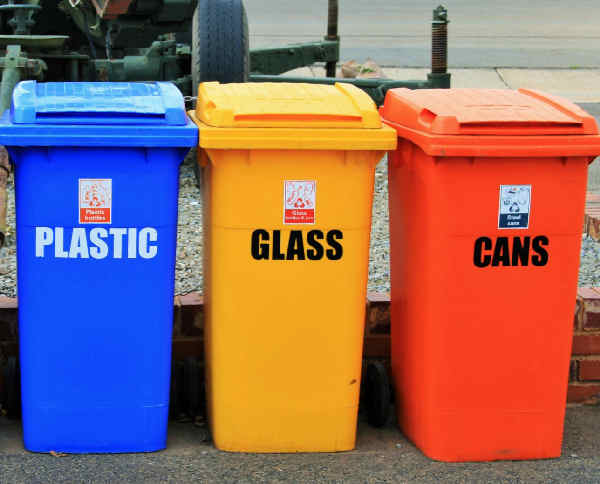 Fifty years of upward trends in recycling statistics remind us of recycling facts familiar to most Americans through experience. Recycling practices easily blend into modern American life. Most successful recycling programs begin and end with locating their recycling corner.

It’s important to remember that one size recycling does not fill all work environments. The following suggestion for a ten step workplace recycling program can easily be modified to suit most office environments.