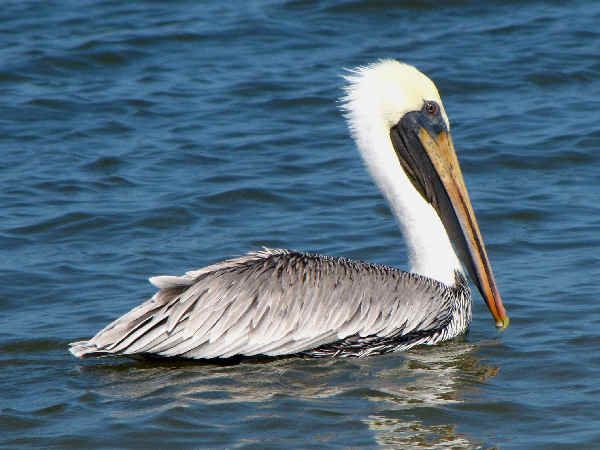 Pelicans (family Pelecanidae) along with heron, ibis and spoonills constitute the Order Pelecaniformes. All Pelecaniformes are larger than average, social birds that inhabit water areas.

White and brown pelicans share many common physical features, including long bills and pouches. In fact, the typical pelican bill is about eighteen inches long, making it the largest in the bird world. Pelican diets consist primarily of fish, and their bills serve as natural fishing rods.

Fishing techniques differentiate Brown and White pelicans. White pelicans tend to fish in small groups, swimming along the shallow edges of the lakes and marshes they inhabit, herring fish into shallow water areas, and scooping them into their pouches. Brown pelicans, the family’s aerial acrobats, dive head first into the water to catch fish.

Like many larger birds, brown pelicans faced a DDT related population crises during the 1960s. As DDT accumulated in breeding pelicans, it caused them to lay eggs with thin shells, making it almost impossible for the eggs to properly incubate young chicks Listed as an endangered species in 1970, the United States Fish and Wildlife Service (USFWS) officially removed all six subspecies from the list in November 2009.

Louisiana, with the nickname, The Pelican State, calls the Eastern Brown Pelican its official state bird. 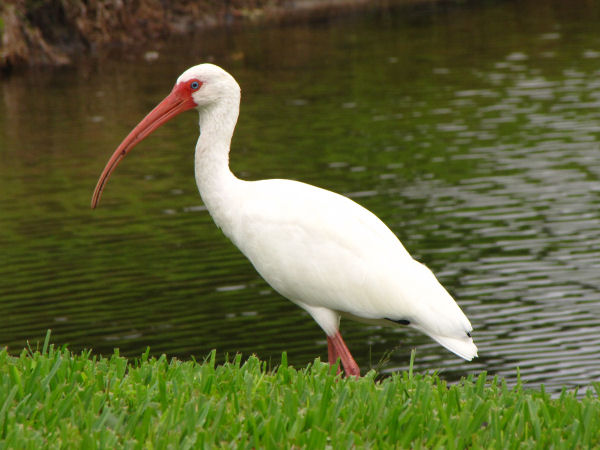 The long legs, necks and bills of species in the Threskiornithidae family (Ibis and Spoonbills) serve as the families initial field identification clues.

World wide, the Threskiornithidae divide into fifteen genera and thirty-four species, with one extinct species, the Reunion Ibis (Threskiornis solitarius). Most species inhabit wetlands in the Southern Hemisphere.

They are not very picky about their water habitat and will occupy fresh, brackish and salt water areas, where they spend their times searching for insects on the land and invertebrates in the water. Their bill is sufficiently long and sharp enough to peck in the mud of shallow water.

The White-faced Ibis (Plegadis chihi), a medium sized neotropical wading bird, inhabit freshwater habitats such as marshes and ponds of the Central Plains and California valleys during their summer breeding season.

A small, year round population resides along areas of the Gulf Coast, with the bulk of the population migrating as far south as Coastal Argentina during the winter.

Shy birds that travel in flocks makes it difficult to get even as close as forty feet to them without their flying off.

Because they only inhabit the warm water coastal areas of South Florida and the Western Gulf Cost, from afar, the pink feathers of the Roseate Spoonbill (Platalea ajaja) could be mistaken for a flamingo. The name spoonbill refers to the rounded end of the bill, used for scooping and filtering food from the water.