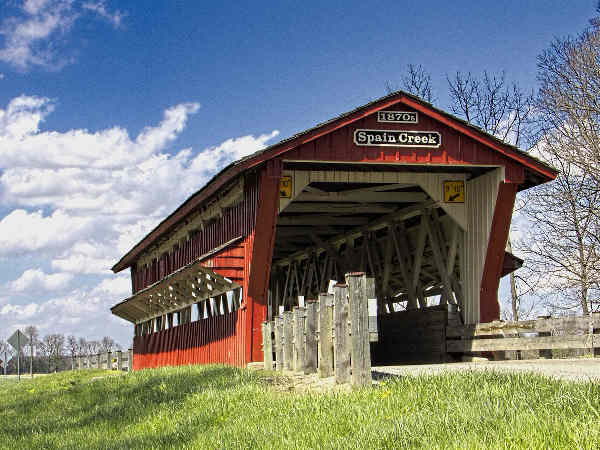 Since settlers began arriving in Ohio, the original forest and tallgrass prairies gave way to the agricultural, commercial and residential interests of the settlers. A quick look at a topographical map of Ohio shows a state divided by the now diminished but still forested areas of the east and the farmlands of the west. Like many states, Ohio continues to invest in efforts to increase their second generation prairies and maintain a healthy forest ecosystem

Bounded by Lake Erie in the north and the Ohio River in the south, inland Ohio rivers and lakes provide ample opportunities for all members of the Ohio animal kingdom to flourish. This brief introduction begins with the state’s mammals with the buttons on the bottom of the page pointed to additional information covering a variety of topics with pictures and ID tips.

Ohio is home to a wide variety of mammals, ranging from the common white-tailed deer to the elusive eastern pipistrelle bat. These mammals are important to the state’s ecology and play an important role in maintaining healthy ecosystems. Many of these species are listed as threatened or endangered and require special care and protection.

The Ohio Department of Natural Resources (ODNR) is responsible for managing and protecting the state’s wildlife and educating the public about the importance of wildlife diversity. The Division of Wildlife estimates

Ohio is or was home to 65 native mammal species. Unfortunately, 12 species no longer occur, leaving a current mammal fauna of 53 species.

Other non-governmental organizations such as the Nature Conservancy also work on separate parcels of land with the goal of protecting the state’s endangered species. 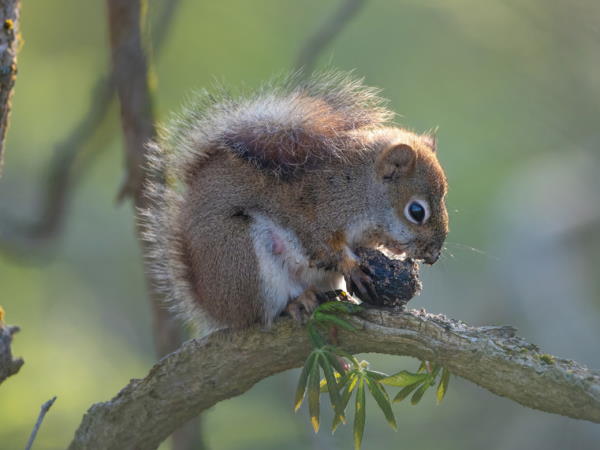 Approximately forty percent of Ohio’s mammals belong to the rodent family, making them the largest mammal family in the state. While rats, mice and voles account for most of the states rodents, five species of squirrels, one chipmunk and one groundhog also get included. The picture shows the American Red Squirrel. 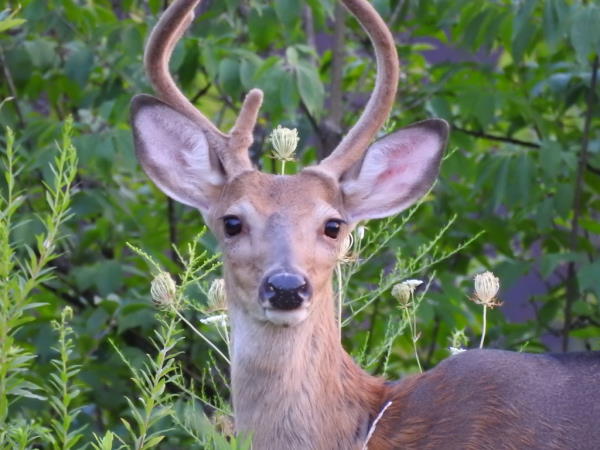 In the more populous areas of the state, from Cleveland in the north to Cincinnati in the south, rodents, along with a handful of other species can be commonly seen in residential areas and parks. The White-tailed deer ranks as the largest of those common species. 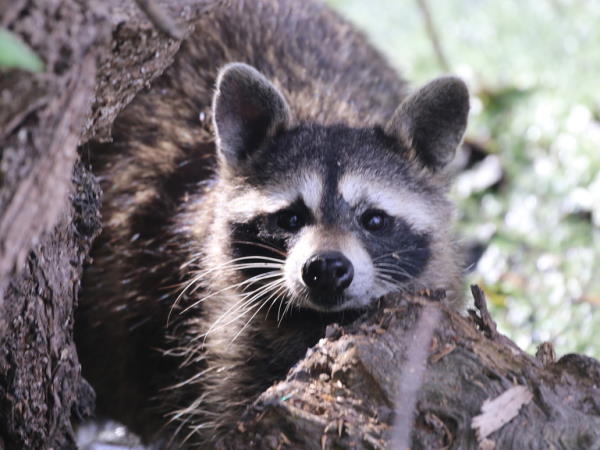 It’s a fairly safe bet to suggest that in any residential neighborhood that uses garbage cans, raccoons are plentiful. 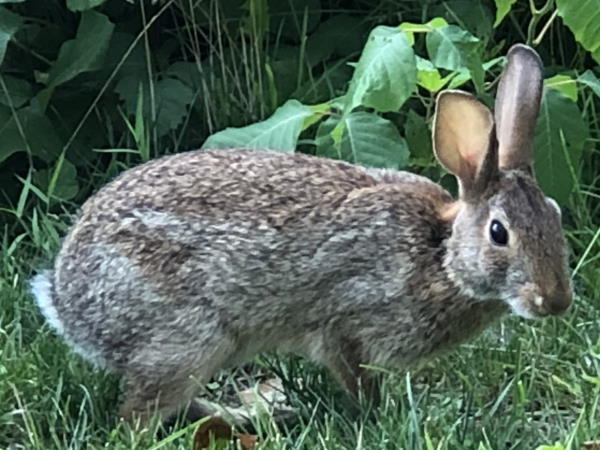 While the snowshoe hare is listed as an Ohio resident, it’s the Eastern Cottontail that dominates the landscape. 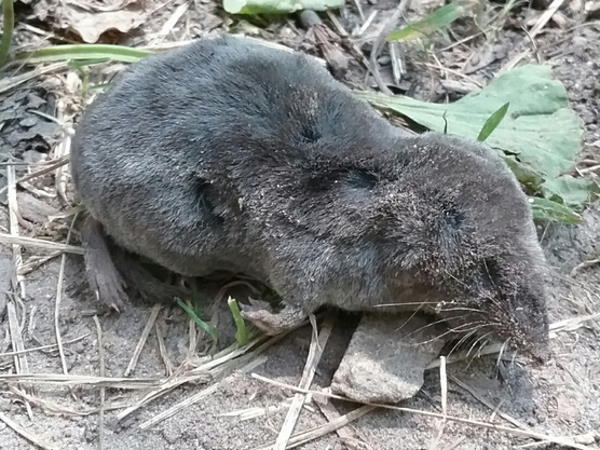 Many homeowners discover the fact that their yards provide great food and housing accommodations for the insectivores of the mammal world, the shrews and moles. Shrews are smaller in size and can sometimes be seen outside of their ground homes. Moles on the other hand, are most often discovered by the patchwork of dirt mounds in the yard as they build their interlocking tunnel system. 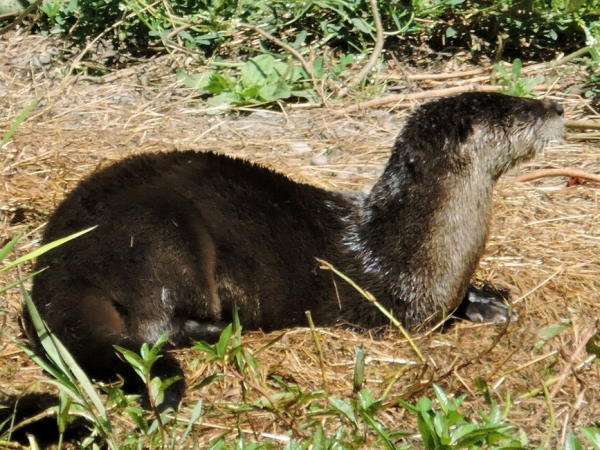 The remainder of Ohio’s mammals live in the more wild places in the state, from the lake-filled forests of the north to the rolling hills of the south. While some species are more common in certain areas, all species can be found across the state. Some of the best places to spot mammals in Ohio include state parks, wildlife refuges, and nature preserves. These areas provide prime habitat for many species of wildlife and are often home to a wide range of species.

The abundance of rivers in the state makes for a fairly healthy river otter population. During a hike, their barking might be a first clue announcing their presence in the area. 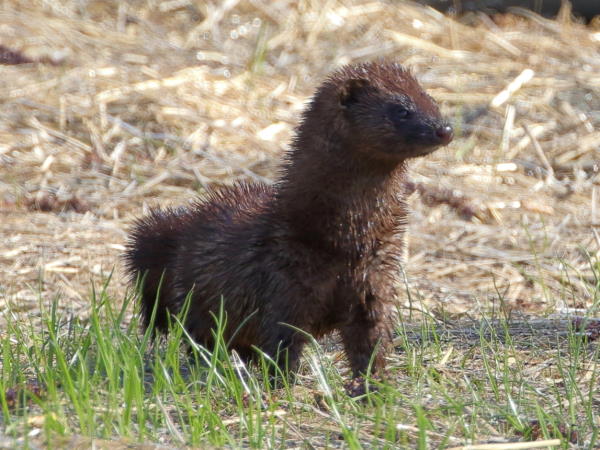 The smallest of Ohio’s carnivores are the members of weasel family, like the American Mink can be found in most of the counties. The all dark fur helps distinguishing them from the other weasels. In late 2022 reports of up to ten thousand minks being released into the wild suggests that for the near future, they will be fairly easy to spot along the western boundaries of the state. 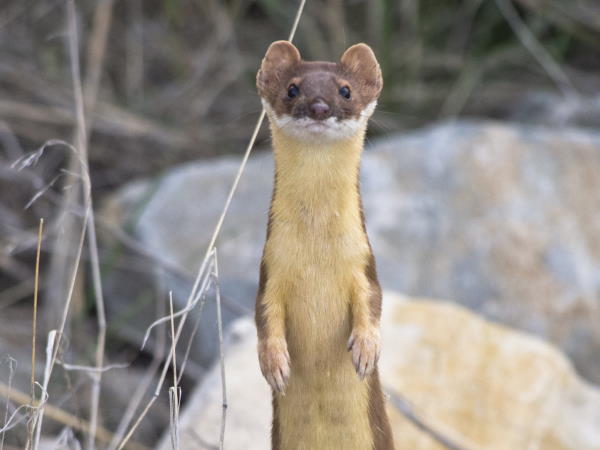 Long-tailed, Short-tailed and Least weasels also inhabit the state. Their thinner bodies with white fur on the front side serves as the initial identification clue during the summer season. Tail size and overall size finish up the field identification task. Winter coats are generally white. 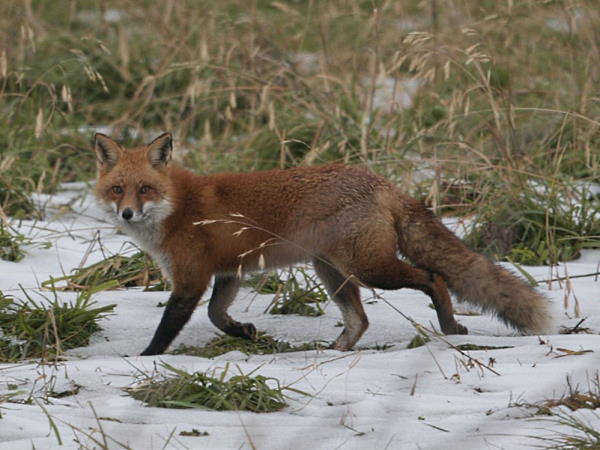 Larger predators such as the black bear were all but extirpated as settlers attempted to tame the land for their residential, farming and commercial interests. They are listed as endangered by the state and the current population resides in the eastern forests. Bobcat populations also tend to be found in the southwest forest area. Their populations are more secure.

The mobile revolution and the readily available cameras in phones has led to a renewed interest in nature photography. Here are five tips for getting sharp pictures and video clips of Ohio animals.