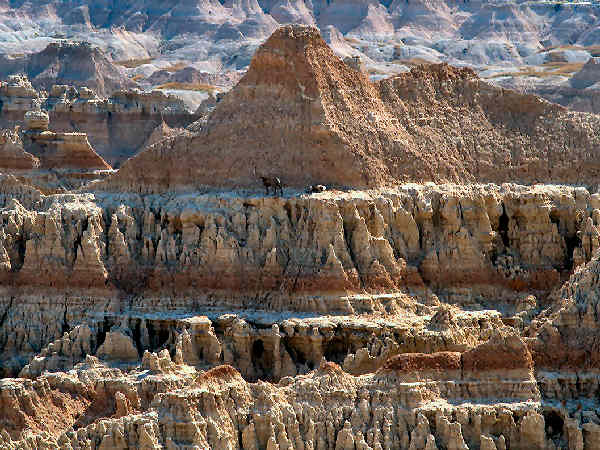 By and large North Dakota can be described as a Prairie state. Like most of the Midwest, the flat grasslands of the state evolved over time following the deglaciation of the continent. Buffalo, deer, prairie dogs and other grazing animals were the dominant mammals of the grasslands.

North Dakota prairie land breaks down into three categories, depending on rain. The tallgrass prairies are common along the Red River Valley of the east. The Mixed-grass prairie dominates most of the state. The shortgrass prairie is found in the southwest corner of the state better known as the Badlands. Multiple prairie types means North Dakota is a great place for wildflower diversity.

Deglaciation did not hit the North Dakota Badlands, explaining the area’s unique combination of habitat from interesting rock formations to hills, valleys, forests and smallgrass prairies.

Greater habitat diversity means mammal diversity is greatest in the area. Ungulates such as bighorn sheep, elk, mule deer, white-tailed deer, and pronghorn populations developed in the prairies. Wild cats such as bob cats and cougars also can be found here. 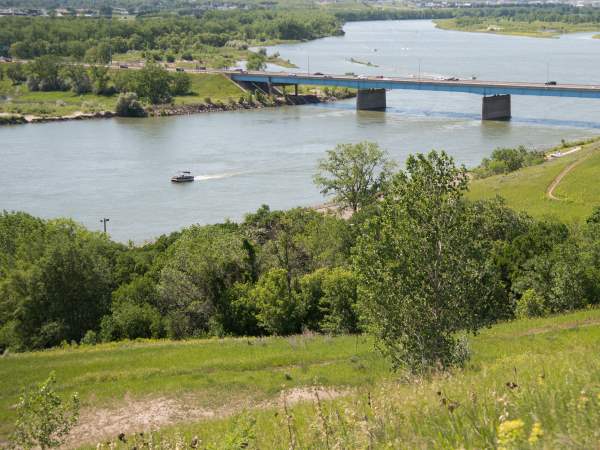 Three distinct riparian areas are found in North Dakota. The Missouri river that runs down the center of the state and its tributaries to the west are the dominant riparian area.

The Red River and its tributaries on the eastern border are the second most dominant area.

Most of the state’s small woodland habitat can be found in these riparian zones. The wildlife population expands in the combined woodland riparian zones. Amphibians, reptiles, fish and aquatic mammals such as beavers are the dominant wildlife.

North Dakota wetlands are mostly in the center of the state in the areas surrounding the Missouri river. These areas are considered the breeding grounds for many of the migratory waterfowl of the United States.

Wetlands among the prairies are also breeding grounds for the amphibian population. Within the state four toad species, one spadefoot three treefrogs and two frogs have been documented. The Northern Leopard Frog and the Great Plains Toad are the most wide ranging species.m

As the site grows, more information covering North Dakota will be added. Until then, press any of the following buttons to learn more about North Dakota nature.