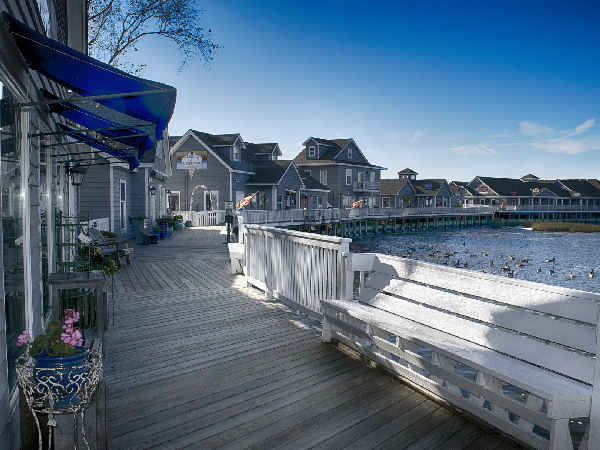 North Carolina wildlife and nature adventures consist of some activities common to many, such as birding and hiking. The addition of a coast line makes it a popular beach destination during its extended summer season.

North Carolina coastal birding is great all along the coast, from the northern Cape Hatteras area and its National Wildlife Refuges such as Pea Island to the Fort Fisher State Recreation Area in the south.

According to the Audubon Society

Nesting shorebirds include Black-necked Stilt, American Avocet, American Oystercatcher, Piping Plover, Wilson’s Plover, and Willet. Shorebirds of more than 35 species are regularly found in refuge wetlands or along the miles of beach.

Whale, sea turtle and dolphin sightings are always a high point for coastal residents. Larger mammals are present along the mountain areas of the west as well as the inland coastal plains, although never in large numbers.

Setting aside the land animals of the state, North Carolina’s warm climate and tri-part geography, with a coastal plain, Piedmont area and mountain west makes for a nice sort of biodiversity. Amphibians and reptiles abound in most corners of the state. A nice variety of water birds, song birds and common backyard birds can be found year round.

Please press any of the buttons at the bottom of the page to learn more about specific North Carolina wildlife topics. 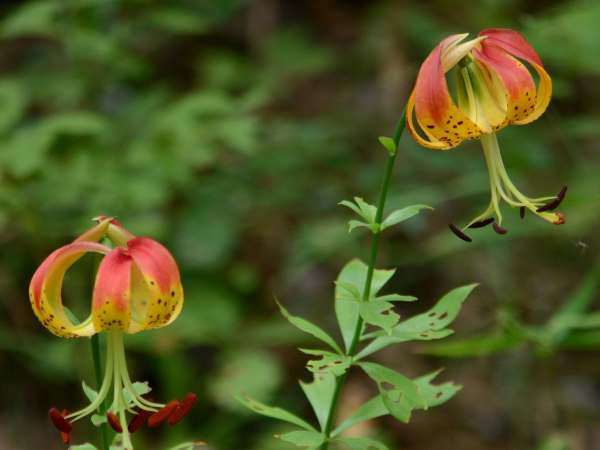 North Carolina wildflowers bloom almost year round in fields, forests and roadsides. The official state wildflower the Carolina Lily (pictured) is a great summer addition to any garden.

Like most of the South East, the Trillium and Lilium species are the best known North Carolina native lilies. Orchids and carnivorous plants tend to absorb most of the conversation oxygen when the North Carolina wildflowers enthusiasts get to talking. 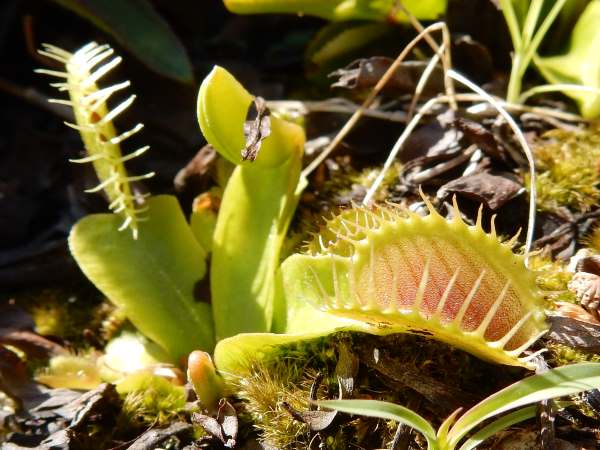 With good reason. The picture shows a Venus Flytrap. With the hinged leaves that can close on unsuspecting insect visitors, it’s probably the best known of the carnivorous plants.

It’s also the official state carnivorous plant, and native only to the sandy soils and pine forest areas of the coastal areas of the state. 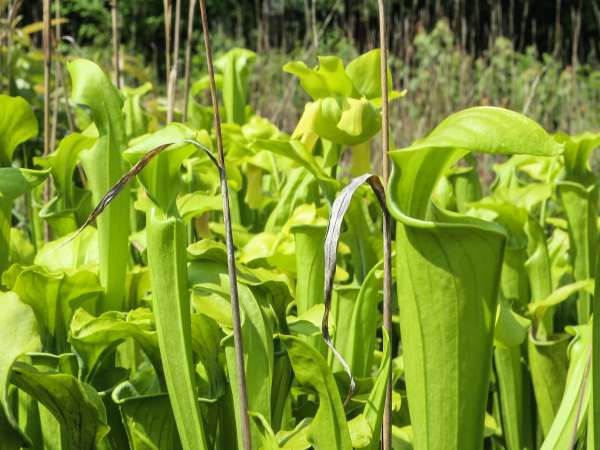 Almost three dozen types of carnivorous plants have been documented in North Carolina. Depending on the source, eight of those species are Pitcher Plants.

Interestingly enough because they tend to grow in bogs, swamps and areas with generally acidic soils, they can also be garden cultivated given the proper soil conditions. A subset of the garden, or even a potted plant heavy in peat moss, starts the process. 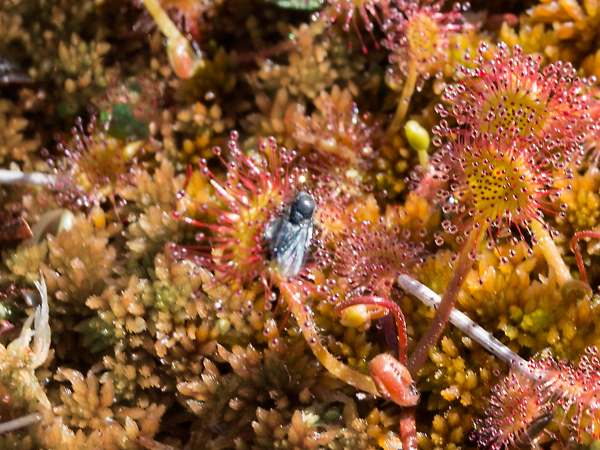 Sundews don’t normally receive as much attention at the pitcher plants and venus flytraps. They are smaller bog plants that have sticky surfaces to trap insects.

The picture shows a Round-leaved Sundew. North Carolina hosts about a half dozen sundew species. Most are found in the coastal areas. A few can be found in the mountains.

Please press on the orchids link below to discover more about North Carolina orchids.