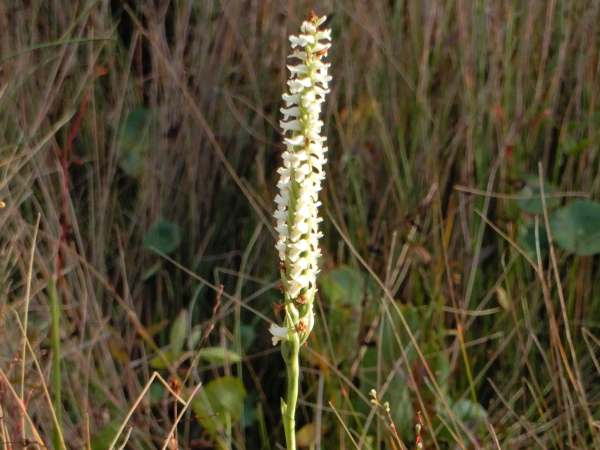 Many orchid enthusiasts will tel you think North Carolina Orchids when you think orchids. From the coastal in the east to the mountains in the west, a hike at the beach or in the woods is a great way to come into contact with any one or more of the state’s approximately seventy native orchid species.

Two orchid genera, the Lady’s Tresses (Spiranthes) and Fringe Orchids (Platanthera) account for thirty of North Carolina’s seventy orchid species. Both groups have species specific to coastal areas, the piedmont and the mountain areas. A few species are also found state wide. Therefore, there’s always a nice handful of Fringe Orchids and Lady’s Tresses to be found anywhere in the state during an afternoon outing.

By far, the Lady’s Tresses rank as the hardiest of the North Carolina orchids with a few species found along the coastal area from February through December. The picture at the top of the page shows a coastal Lady’s Tresses species. The small white flowers encircling a thin stem of a plant makes for easy orchid identification at the genera level. A look at the plant leaves and the time of bloom are necessary for identification at the species level.

It’s a habitat consisting of grasslands and pine forest, with an extra acid soil atop the normal coastal sandy soils. About two dozen native orchids call the area home, making it a great spot for orchid watching.

A recent article from The Journal of the Torrey Botanical Society called, Orchids of Atlantic Coast Barrier Islands from North Carolina to New York, also reported on a ten year study of orchids found growing in the Outer Banks and concluded:

Vacations on the Outer Banks just got a bit more exciting adding orchid hunts to the daily boating and swimming to do lists. 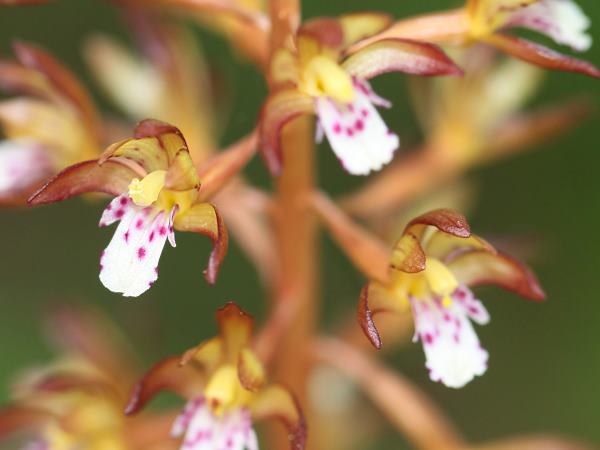 Orchid societies abound in the Piedmont area, home to North Carolina population centers such as Charlotte and the state Capitol, Raleigh. These groups promote the local orchid trade and provide tips for growing both indoor and outdoor species.

Monthly meetings keep members up to date on what’s blooming in the great outdoors. Forested areas surrounding North Carolina population centers are a great place to look for all three of the native Coralroot species. They bloom spring, summer and fall, and also have the common names spring coralroot, summer coralroot and fall coralroot.

The picture shows a Summer Coralroot, also known as a Spotted Coralroot (Corallorhiza maculata). It is the most wide ranging of the native coralroot species. They grow singularly or in groups. As the picture shows, Spotted coralroot occurs occasionally as a single above ground flowering scape or as numerous scapes from a clone. Corallorhiza maculata 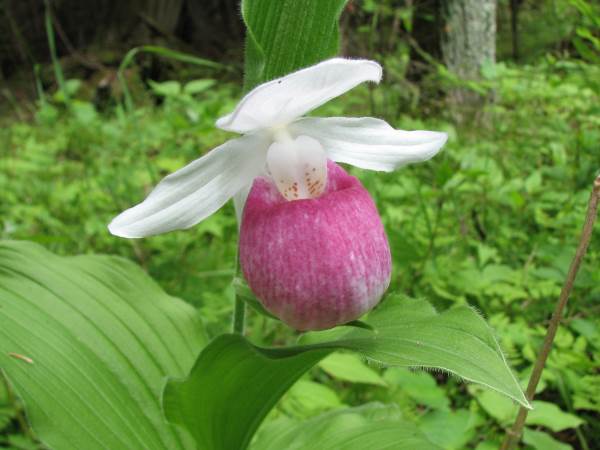 The orchid’s wide leaves and larger than average petals contrasts nicely with the aforementioned Lady’s Tresses and Coralroots.

Higher altitude and a colder climate generally mean a more limited orchid growing season. Late spring and summer are the best times to search for the approximately two dozen native orchids in the area. 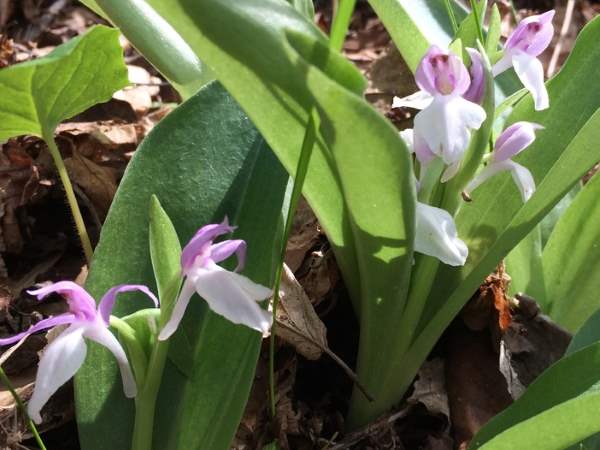 One of the nicer looking forest orchids, the Showy Orchid or Purple-hooded Orchid has large green leaves and a nice bunch of flowers per plant. Together, the leaves and flowers can stand out during the late spring bloom. 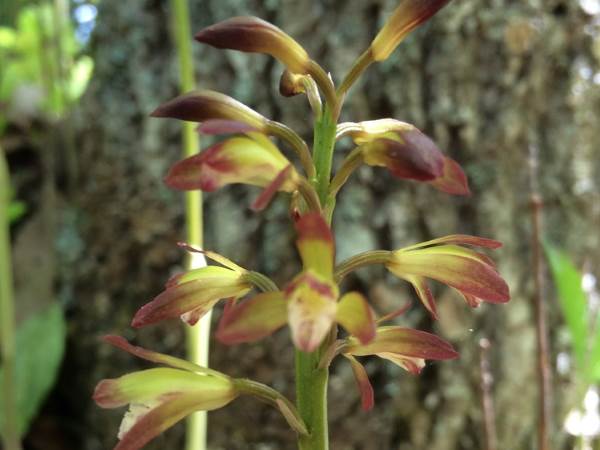 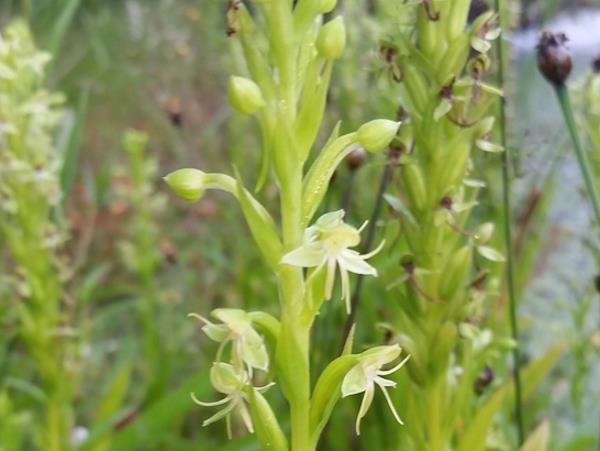 An unassuming orchid of the Southeast, the Waterspider Bog Orchid could easily be overlooked because the thin, green stems can bunch together and look like clumps of grass growing in the swamp. A close look with reveal some small green to white flowers. 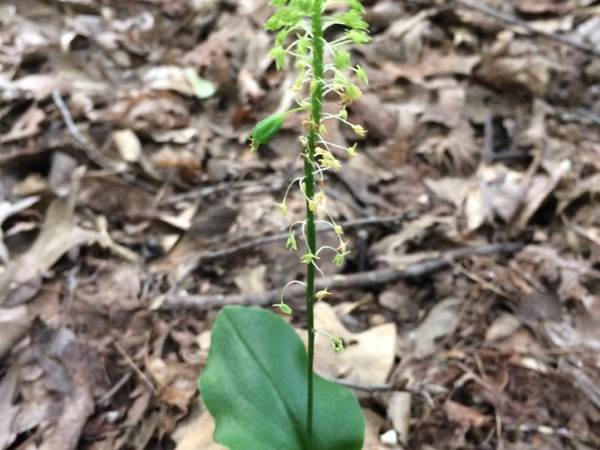 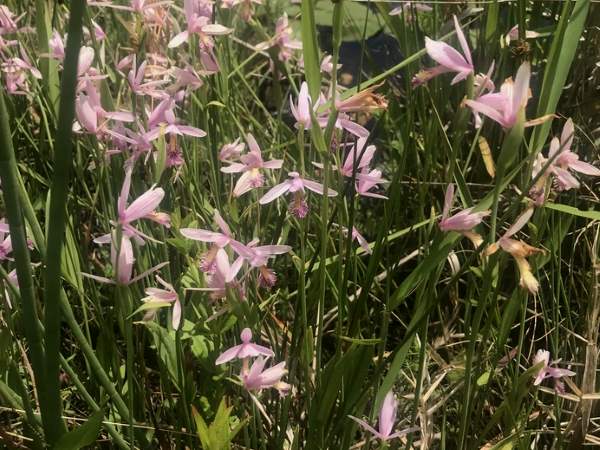 A single, thin leaf and a single rather purplish looking flower define the Rose Pegonia, also called the Snakemouth Orchid. It’s another of the wetlands orchids of the east. 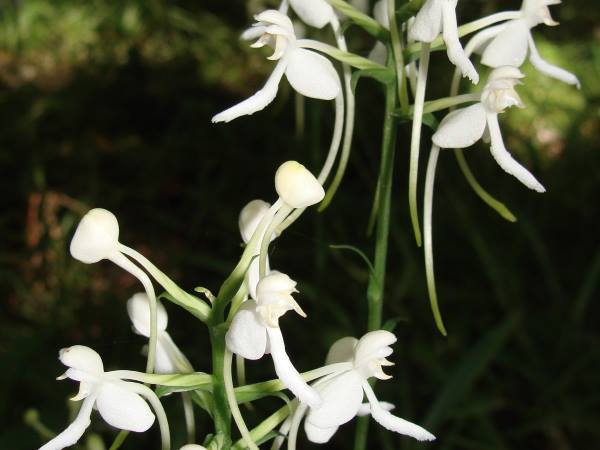 Five North Carolina orchids also get listed by the state as endangered. The picture shows a White Fringless Orchid (Platanthera blephariglottis). Along with the Dragon’s Mouth (Arethusa bulbosa) and Small Whorled Pogonia (Isotria medeoloides), they grow in the mountain west of the state.

Giant Orchids (Pteroglossaspis ecristata) are indeed giants in the native orchid world. They grow between two and five feet in height, with correspondingly long leaves and brackets of flowers. Most of the average native orchids grow between one and two feet in height. They can be found in Hoke and Cumberland Counties in the southeast part of the state.

Manyflower Grasspink (Calopogon multiflorus) is listed as both endangered in North Carolina and on thee Federal Species of Concern list. They grow in the Longleaf Pine Forests of coastal Onslow County.