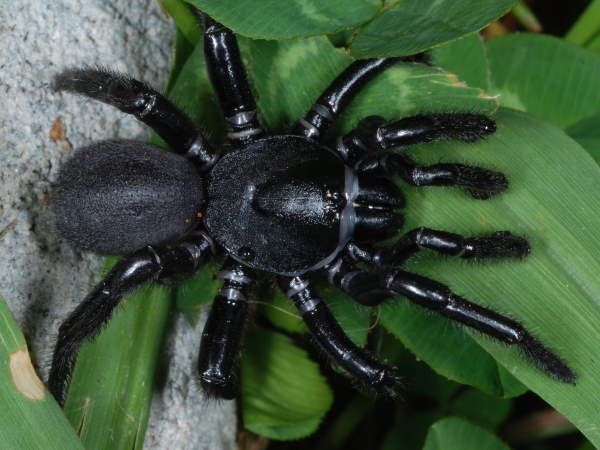 Fairly common, mostly unseen, unusual and potentially deadly describe the group of spiders called Mygalomorph spiders. Tarantulas are the best known of the Mygalomorph spiders in the United States. Techinically all Mygalomorphs share a common lung system, and recent genetic research and field work continues to shine a light on their other physical similarities and differences.

The phrase deadly spiders always grabs headline atention. Fortunately none of the native Mygalomorph spiders get categorized as spiders of medical importance. That distinction goes to some Mygalomorph spiders of Eastern Australia. Unlike their American counterparts, they go by the name Funne-web spiders, and a few of the species such as the Sydney Funnel-web spider, rank as some of the most poisonous spiders in the world.

Along with size, lifestyle unites them, with most species living in silk filled burrows. The silk extends outward in some manner to trap prey. Many myglamorphs can grow over an inch in length, not including the legs. As the pictures on the page show, they generally are defined by dark, shiny bodies.

Family names for the most common species explain their hunting method.

Four of the families:

have a sufficiently large range to make at least one species present from coast to coast. Like tarantulas, species diversity is greatest in the southern areas of the country.

While generally common spiders, living in burrows makes them some of the most difficult spiders to find. Males tend to wander out of the burrow during mating season. Sometimes people can find them in the garden after a heavy rain floods out the burrow, or preparing the soil disturbs the burrow.

The top picture shows a Cork-lid Trapdoor spider (Ummidia genus). They are pretty common in the Southeast if you know where to look.

Fun Fact: It’s also possible to think of trapdoor spiders as celebrity spiders. Based on the name, can you guess which trapdoor spider species they were named after? 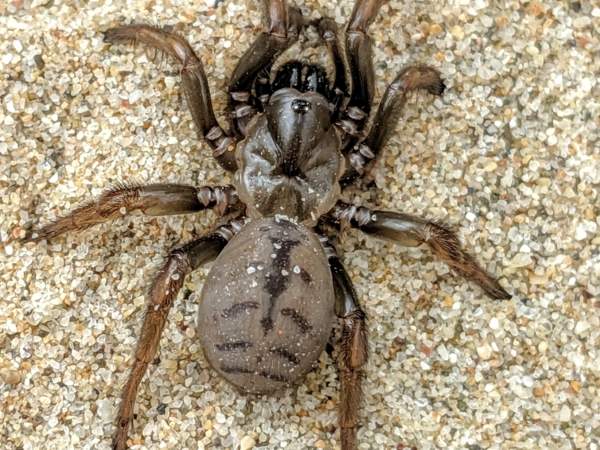 Identification in nature might be helped by looking at the burrow covering. The name Wafer-lid suggests they construct a thinner door than the Cork-lid spiders. that’s generally true, although not a categorical fact.

Both types of spiders share a similar southern range in the United States. However, a few Cork-door spider species can be found a bit further north. 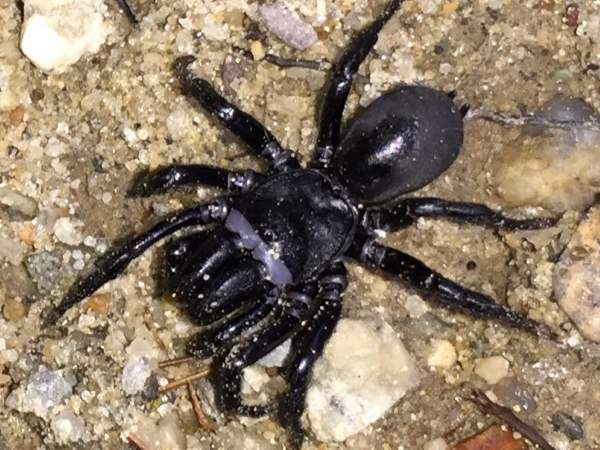 Purseweb spiders can be found through most of the East and Midwest. The picture shows a Black Purseweb Spider one of the three most common species.

The picture highlights the spider’s characteristically large jaws (chelicerae). The gray stripe across the head also helps with identification. 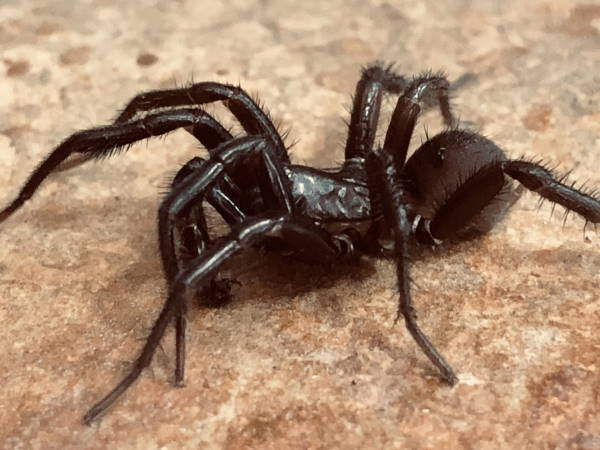 Folding-door spiders, the most wide ranging of all the Mygalomorph spiders, have a coast to coast range. Many of have brown bodies. 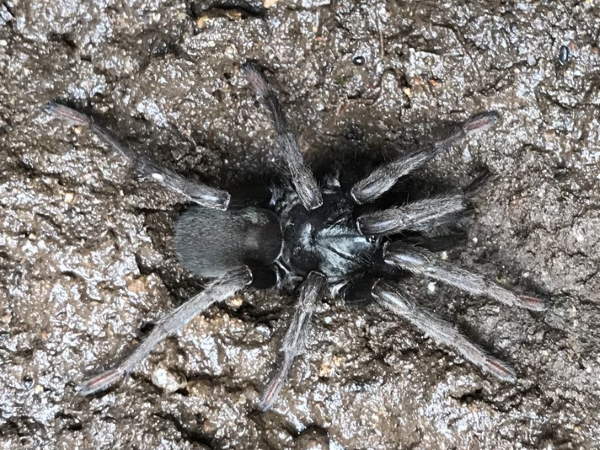 The closely related False Tarantula spiders (genus Calisoga) dig their burrows in California. In 2015 a report came out about a DNA study of a group of mygalomorph spiders in the family Nemesiidae that grouped them in the same genus.

They tend to be smaller (about 2 inches) than tarantulas and have a less hairy looking body.