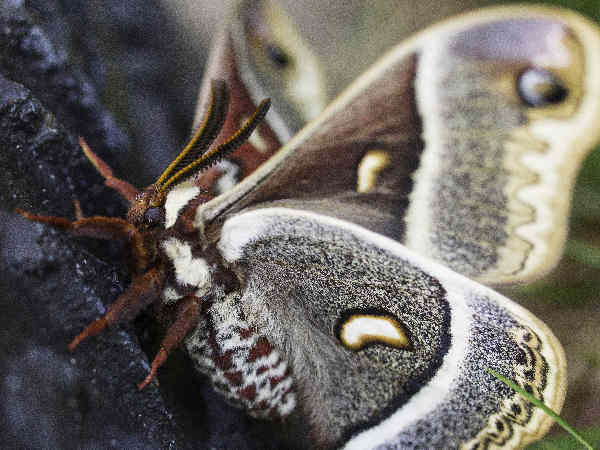 Moth identification becomes a bit easier when it comes to the largest of the native moths.

Additionally, everyone enjoys a largest moth story, and this section provides some good stories. It starts with the fact that Atlas moths, native species in Indonesia rank as the world’s largest moths with a sing span approaching ten inches in length.

That’s a pretty impressive number and provides a comparative baseline for a discussion of large moths in the United states. Local large moth conversations usually start with species from the Saturniidae family of giant silkworm and royal moths. Here’s four examples.

Starting with Cecropia silkmoths (Hyalophora cecropia), foten billed as North America’s largest native moths. They live in many areas that have some trees and green spaces. Those characteristics, plus the availability of artificial lights makes urban areas an attractive home. 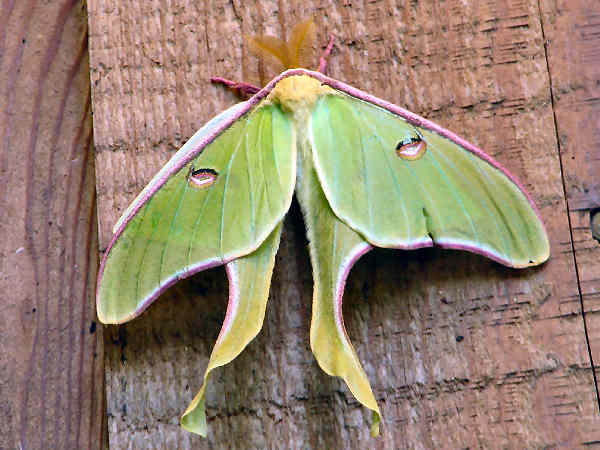 Green wings and long tails might make it easy to confuse Luna Moths (Actias Luna) with Swallowtail butterflies. The feathery antenna definitively identifies them as moths.

They can grow to have a wingspan of up to four inches, placing them squarely in the large moth category. Luna moths are mostly active during the evening hours and can be common sights in deciduous wooded areas east of the Rocky Mountains. 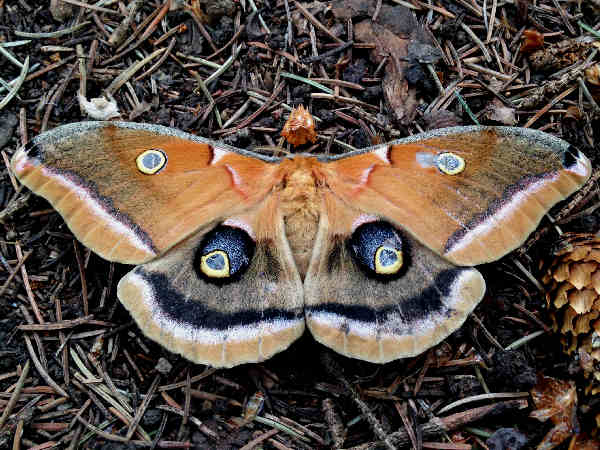 Polyphemus moths are probably the most common of all the large moths found in the United States. Their caterpillars have a very flexible diet and feed on most deciduous trees. Adult wing span can reach up to six inches. 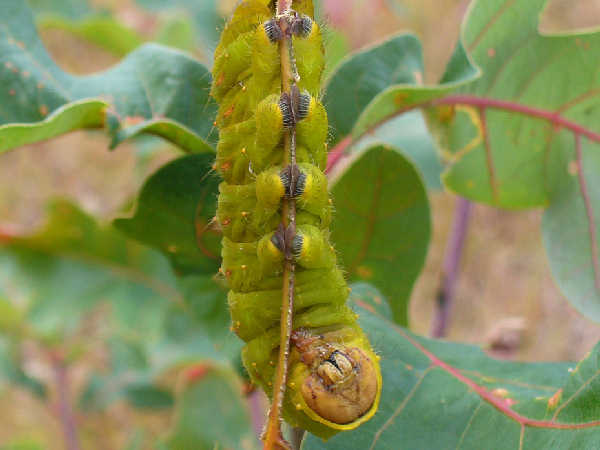 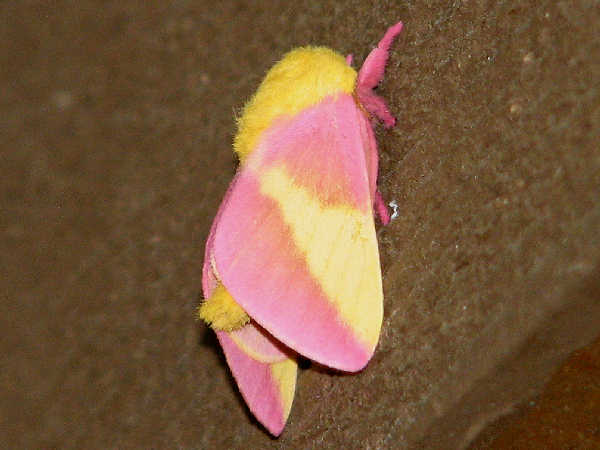 The pink and yellow or cream colors of the Rosy Maple moth make it another of the very beautiful royal moths.

The wing span reaches two inches, making it smaller than the others presented here. They are quite common in the eastern areas of the United States with maples and other deciduous trees. 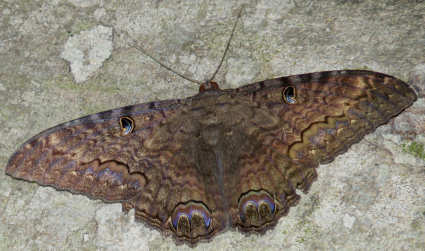 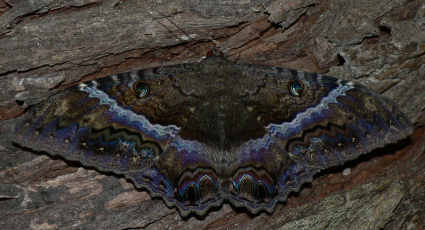 The difference is it is not a native moth. Native to the Caribbean, Mexico, Central America and the northern part of South America, the Black Witch Moth makes an annual journey to many parts of the United States during the summer months. It does so to avoid the rainy season in its home territory.

They are more commonly found in the South than the North, although their ability to make the long flight north to the Alaskan or Canadian border has been documented in local news stories. Hawaii also has an introduced population.

The two pictures show a male and female respectively. The color variation in the pictures is an artifact of the lighting. The white band through the center of the female’s wings is the key field identification clue. 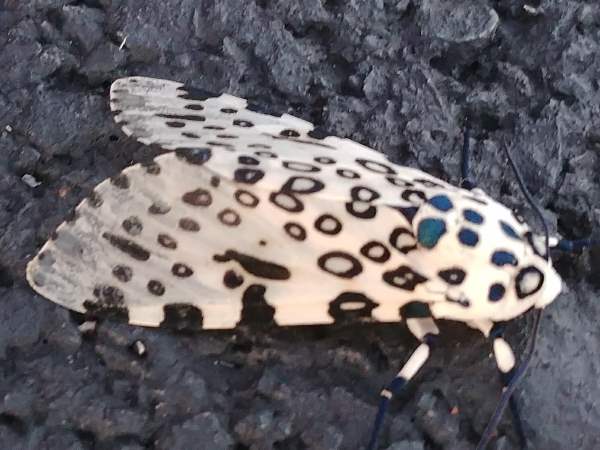 The Tiger Moth family is probably best known for its woolly bear caterpillars.

Less known is the fact that the largest of the Tiger Moths is the Giant Leopard moth. The wing span can exceed three inches in length and the body grows over two inches.

They are common throughout the eastern United States because the caterpillars are not picky eaters. 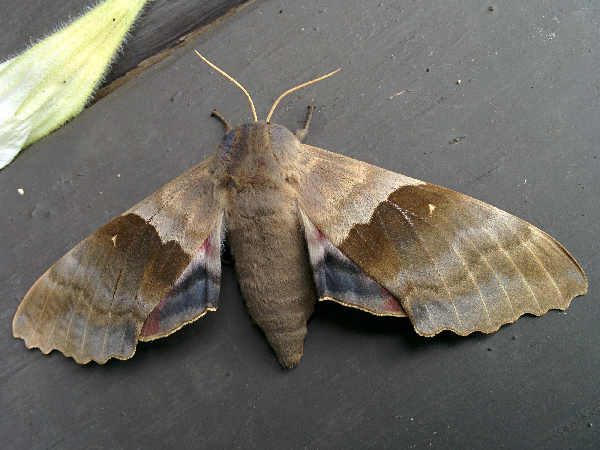 After reading about the really large moths, hearing about a moth that has close to a five inch wing span brings some perspective.

The Modest Sphinx Moth is common in most areas of the United States where their larvae food (poplar, aspen, cottonwood and willow trees) grows. The purple line across the underwing and large size are good field identification clues. 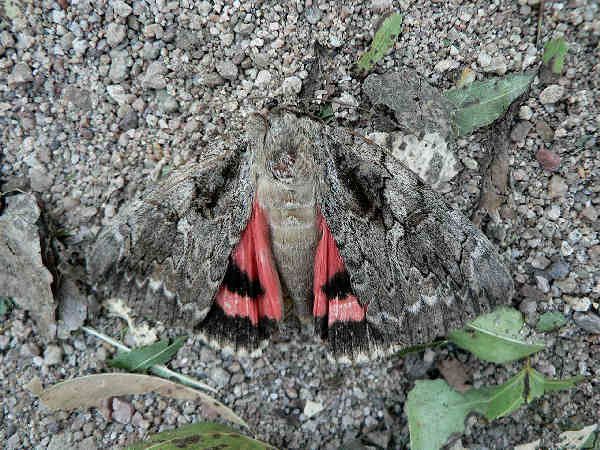 The Underwing moths normally do not get classified with the larger moths.

They are moth collector favorites in many areas because of the colorful underwings. They do grow to be medium sized to larger sized moths. 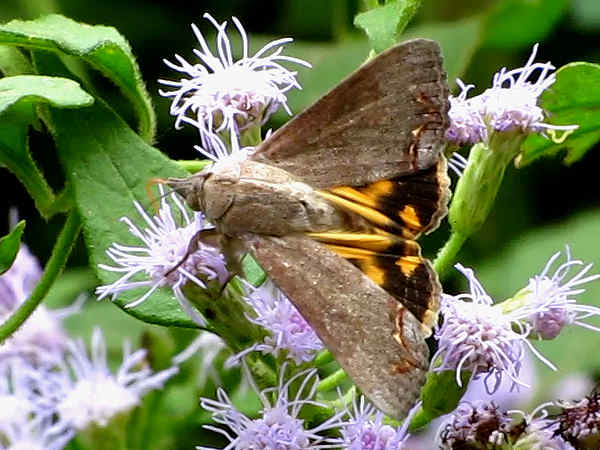