On any given warm and sunny day, a person out for a hike will almost always cross paths with a red dragonfly. More often than not, that red dragonfly will be a member of the Meadowhawk genera (Sympetrum).

In terms of number of species, Meadowhawks rank second in the Skimmer family (Libellulidae). The fourteen species recorded in the United States can be found from as far north as Alaska to as far south as Florida, and every place in between the two extremes.

With a little patience, a good pair of binoculars or camera and some know how, the Meadowhaks identification issue can easily be solved. Each and every species has at least one particular physical characteristic that distinguishes it from the others. This guide shows dragonfly pictures covering ten Meadowhawk species, some with both male and female specimens. The pictures are intended as additional identification help.

It starts with the top video of a male Cardinal Meadowhawk. They are about as red as red can be. Notice the white spot on the side of the thorax. That’s the good field identification clue. 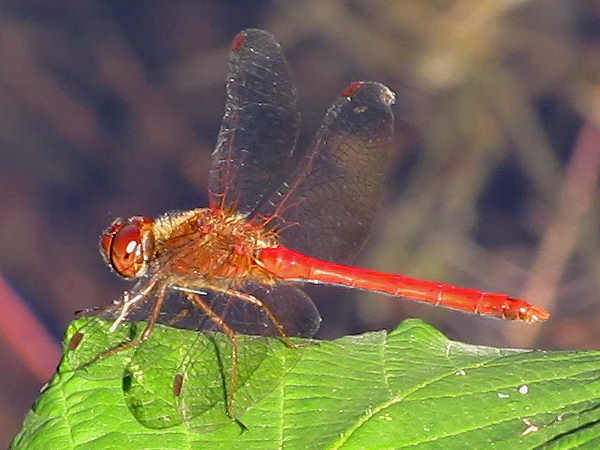 With the exception of the Southwest, Autumn Meadowhawks are common across the United States. They were formally called yellow-legged. Look for the light color legs. Most Meadowhawks have dark to black legs. 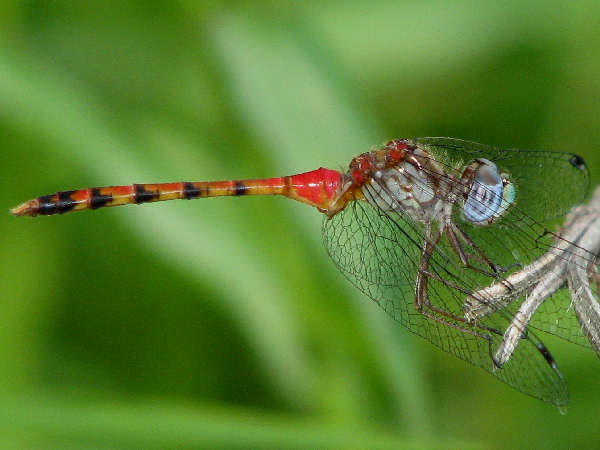 The name Blue-faced Meadowhawk says it all. Grab a good photograph of the facial features of this dragonfly and you are sure to spot the blue face. They are a common species east of the Rocky Mountains. 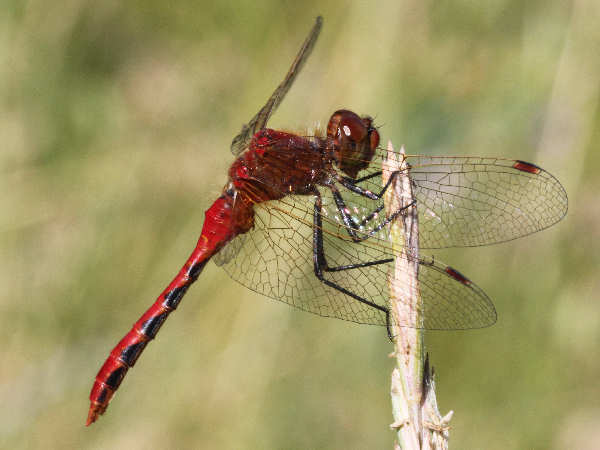 OK…so good luck distinguishing between the following two species, the Cherry-faced Meadowhawk and the Ruby Meadowhawk. Experts suggest that the hamuli, or projection on the underside of the top abdomen differentiates the two species. 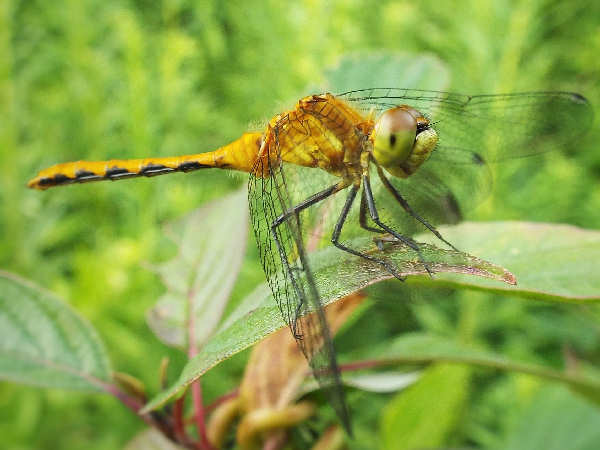 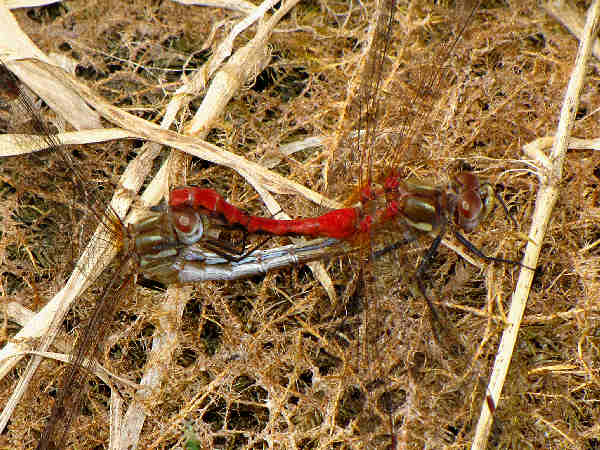 Stripes on the thorax are the key field identification guide for the Striped Meadowhawk. They are a western species, found in the Rockies and along the West Coast. 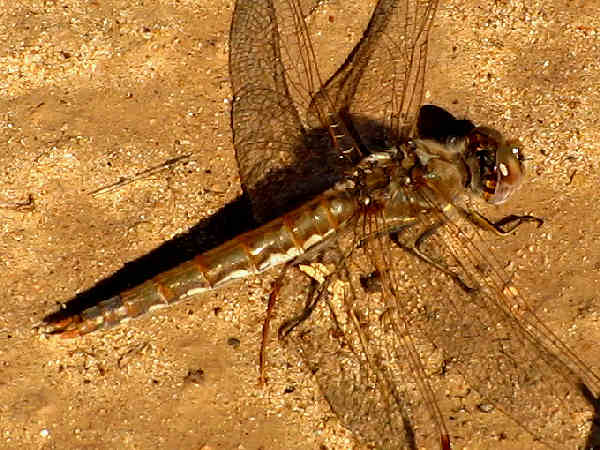 Variegated Meadowhawks (Sympetrum corruptum) have almost a coast to coast range, due largely their migratory nature. They tend to be more common in the West and Midwest, and their penchant for flight often takes them to the East Coast and New England. 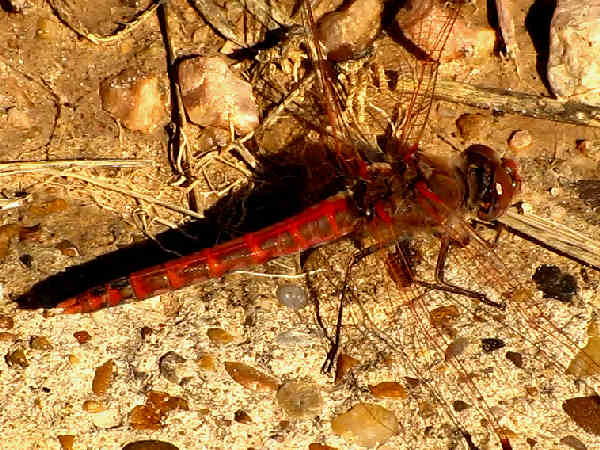 The striped pattern around the abdomen of the Varariegated Meadowhaks gives it a distinct look from any of the other Meadowhawk species. Females have the brown stripes, males have the red stripes. 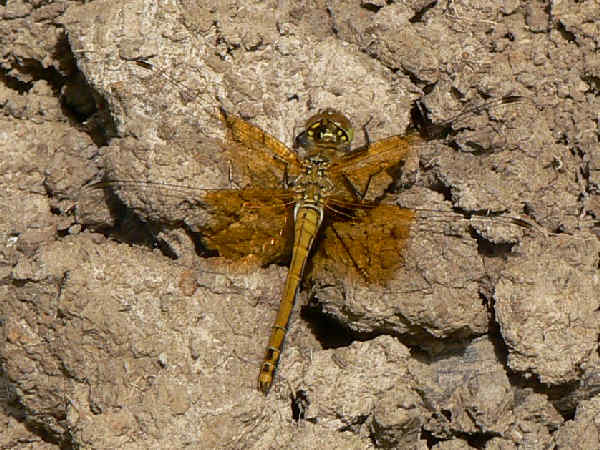 Female Western Meadowhawk. In the east they are called Band-winged Meadowhawks. Color in the wings is the best field identification clue. Females have brown bodies. 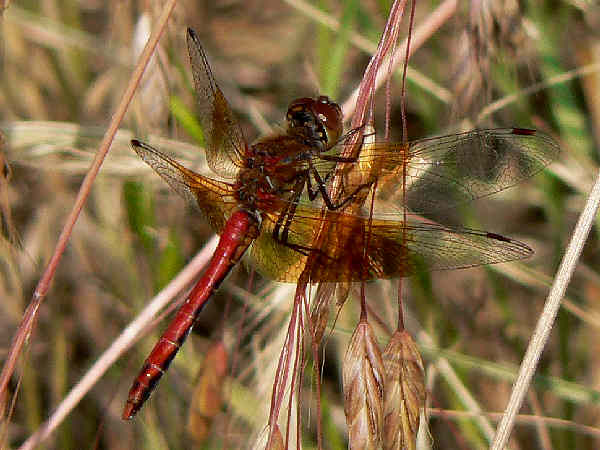 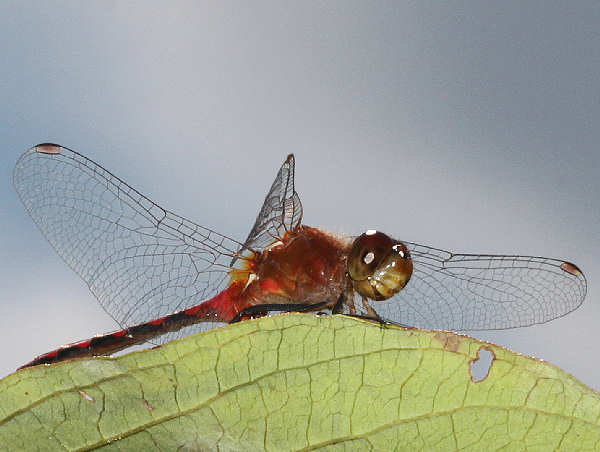 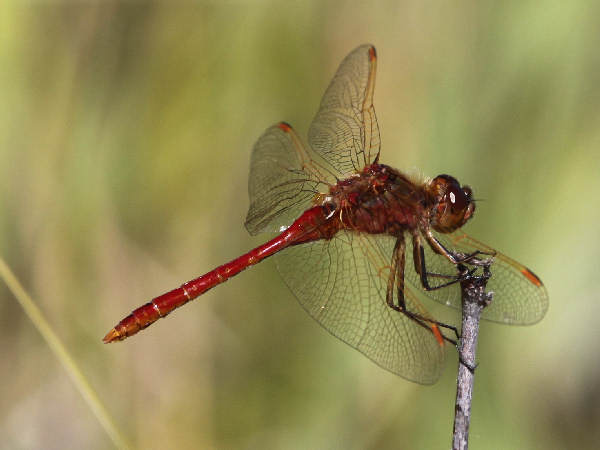 Saffron-winged Meadowhawks have a tad bit of color on the portion of the wings closest to the body. Another species with an extended range east of the Rocky Mountains. 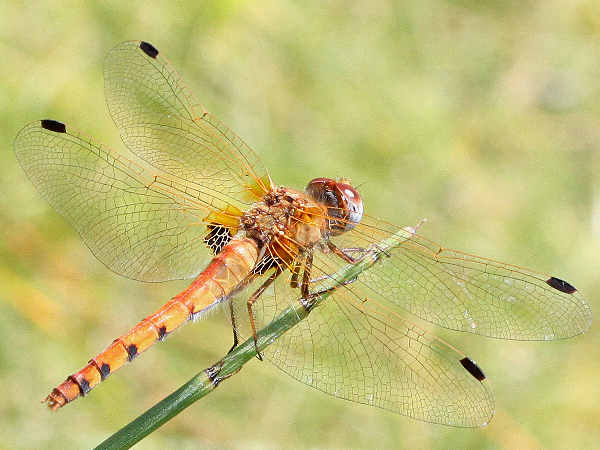 Spot-winged Meadowhawks are only found in Arizona. So, no need to worry about mixing them with other species anywhere else in the United States.