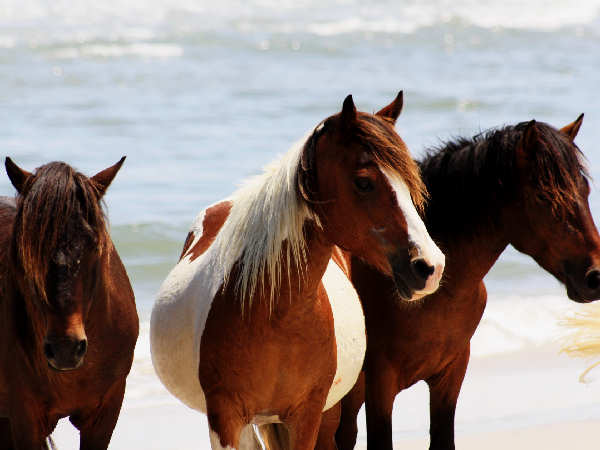 Welcome to Maryland wildlife, where the wild horses on Assateague Island have been a wildlife mainstay since Colonial days.

Despite it’s small territory, the presence of a coastline along the east and thee Appalachian Mountains in the west makes for a good deal of Maryland wildlife diversity.

Blue crabs, a Maryland culinary specialty, along with a variety of other ocean animals, accompany the wild horses on Assateague Island.

Larger land animals such as bear, bobcat deer and more can be found in the mountain areas. 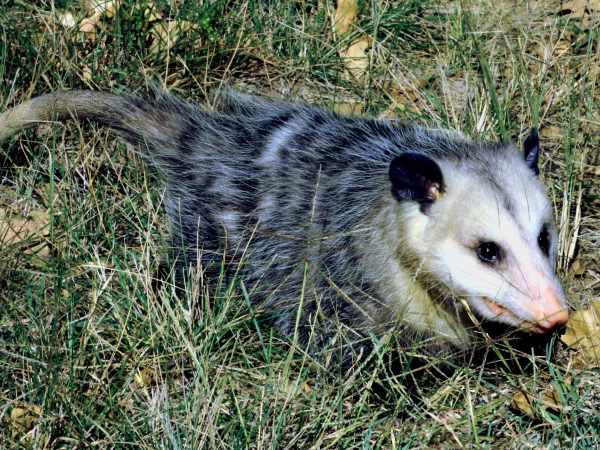 This introduction to Maryland wildlife begins with an emphasis on backyard wildlife.

Animal enthusiasts exist in all families. When it comes to dealing with the types of wildlife such as animals and birds that share space in residential areas, family members may agree or disagree on what constitutes a welcome versus a problem animal.

Often when a yard gets landscaped for welcome animals by providing food, water and shelter, the uninvited animals often show up.

Three animals that often make the uninvited list, raccoons, opossums and skunks are discussed below. Maryland defines all of them as fur bearing mammals and requires the use of a free landowner trapping permit (just call 1-877-463-6497) if the critters get out of hand.

Despite their state wide range, opossums normally don’t pose too great of a problem for people living in residential areas.

First, they tend to be wanderers and don’t dig burrows or nests in order to create a permanent home in the yard. Second, their diet consists of many potential back yard pests such as insects, rodents and garbage. Finally, they are nocturnal animals not known to be aggressive to humans or pets as with raccoons.

Occasionally one might pop up during the days, crawling in the grass making a a discernible snarl or growling sound. Fear not, they have poor eyesight and are not targeting a resident. 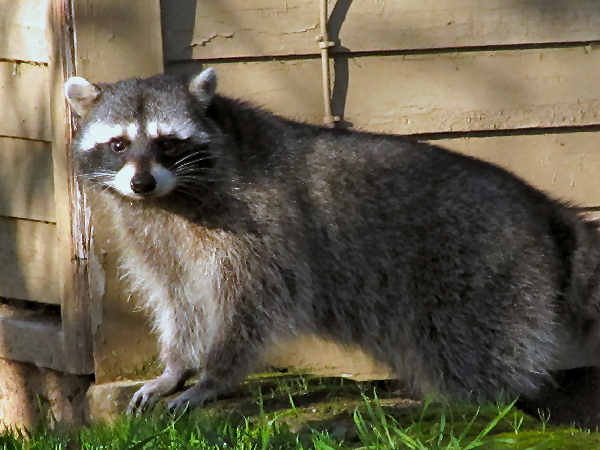 Raccoons get recognized as the neighborhood garbage bandits.

Families bothered by neighborhood raccoons are therefore often encouraged to keep garbage cans in a contained space or at least keep the lids tightly secured.

Less well known is that fact that raccoons also display a mean streak when it comes to pets, especially cats.

Small dogs and cats, especially puppies and kittens making itself at home in their home and yard can follow a few simple steps to keep them under control. 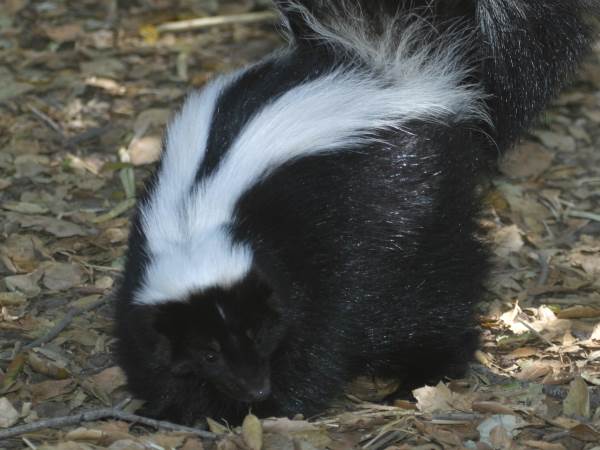 Maryland hosts the Eastern Striped Skunk, almost always considered an uninvited guest in the back yard.

Controlling skunks around the home and preventing family members, including pets, from getting sprayed by skunks can be as easy as following a few skunk preventative steps.

Step one is know your skunk’s food and shelter preferences. While all skunks are classified as carnivores, omnivore might better describe their dietary habits. Homeowners living in prime skunk habitat should be aware of removing pet food, garbage and other potential food sources from the yard.

All skunk species are known for their use of discharging an unpleasant chemical as a defense mechanism. Whenever a discussion of skunks arises, so too does the age old issue regarding removal of skunk gunk, the odor created when the skunk sprays its chemical defense.

One of the most highly recommended organic remedies goes as follows: In a large, open container:

Use the mixture immediately on the affected area, dog, person, clothes etc., al.

Rinse and repeat if necessary.

The hydrogen peroxide and baking soda combine to break down the oily substances in the skunk spray. 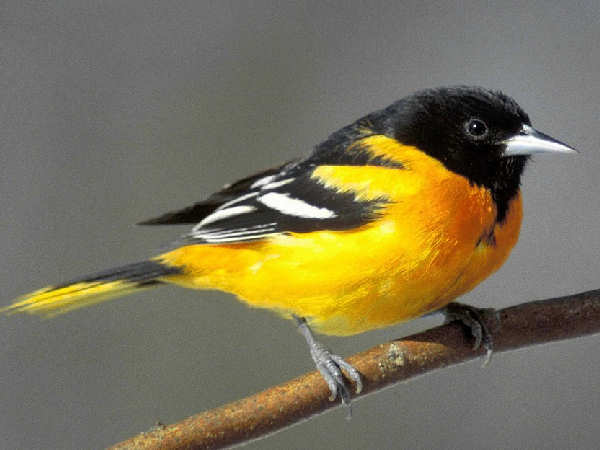 Maryland birds hover around the four hundred and fifty species mark. Coastal areas along the east and mountain areas along the west insure that species diversity remains high.

Maryland is also one of the very few states to choose a migrating species, the Baltimore Oriole, as the official state bird. It’s interesting to note that Maryland represents the southern most area of their breeding range. A changing climate could one day push their southern breeding range further north of the state.

The brief video clip shows seven common backyard birds whose range extends for much of the eastern and Midwestern parts of the United States, including Maryland.

A look at the window will often show one or more of the species. With the exception of the Indigo Bunting, they are pretty much year round residents of their territories.

Buntings are migratory birds. Their striking blue feathers and their propensity for singing makes them an invited guest to any backyard. A thistle feeder, the same one used for Goldfinches, along with trees for nesting and a water source are key ingredients for welcoming them.

Juncos tend to breed in forests and higher elevations so late fall, winter and early spring are prime feeder times for them.
As the site grows, more information covering Maryland will be added. Until then, press any of the following buttons to learn more about Maryland nature.

Of course, all the talk of back yard bird feeders leads to the issue of squirrels in the yard. The state hosts five squirrel species: red squirrel, gray squirrel, southern flying squirrel, eastern fox squirrel and the Delmarva fox squirrel.

The Gray squirrel is probably the most common, the Delmarva fox squirrel the most rare. The best remedy for residents who do not enjoy squirrels raiding the bird feeders is usually putting up squirrel proof feeders.

Typically they are stand alone feeders placed far away from trees to avoid allowing the squirrel to jump from tree to feeder. Additionally the feeders have some sort of barrier that prevents squirrels from reaching them by crawling up the feeder.