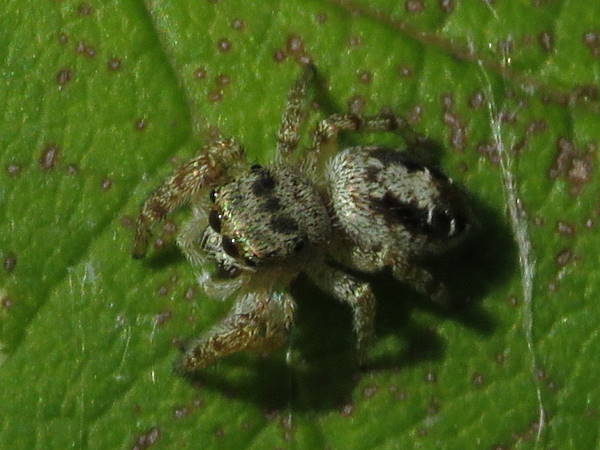 Females are a lighter shade with a pattern on the top pf the abdomen. 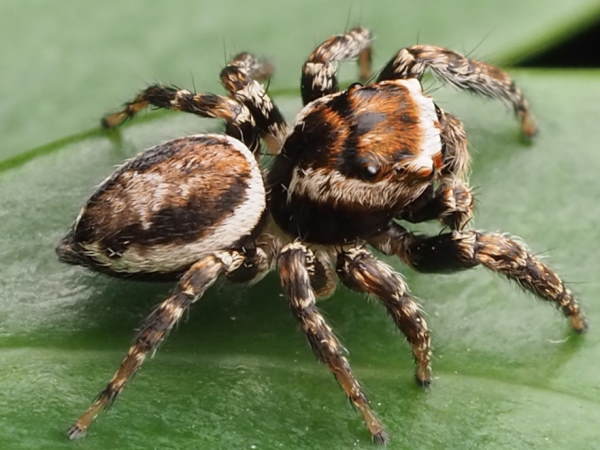 Hoy’s jumping spiders) (Evarcha hoyi look very similar, but they come from a different genera. E. hoyi is the eastern species (in the northern states), and E. proszynskii is the western species. 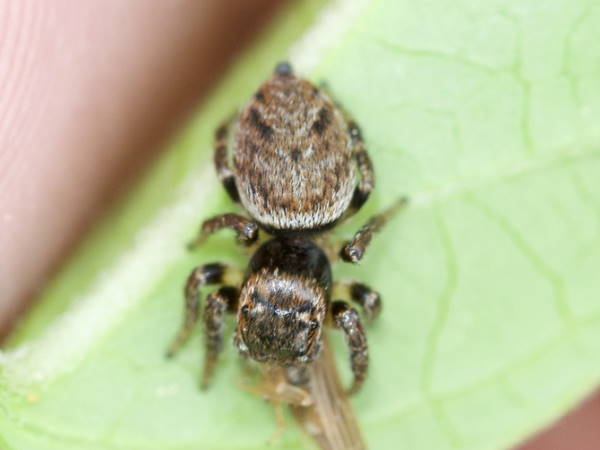 Females have a brown body. 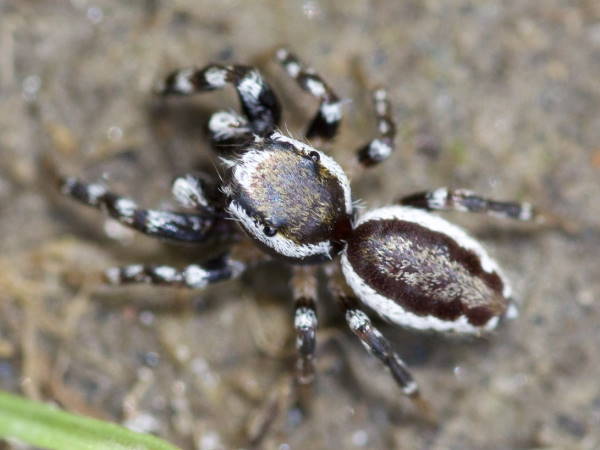 Now take a look at the common White-cheeked Jumping spider ( Pelegrina proterva) and, well, you get the point, similar looking and different genera species. They are common in the East. Males have the dark body. 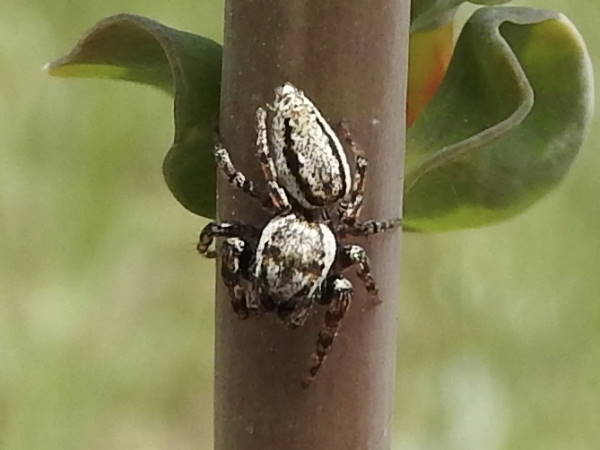 Females have the light body. 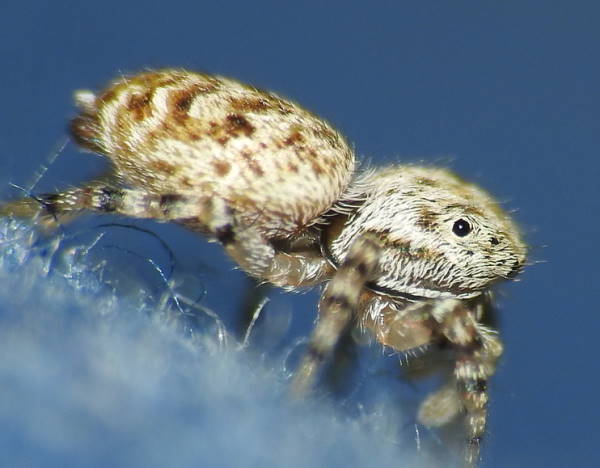 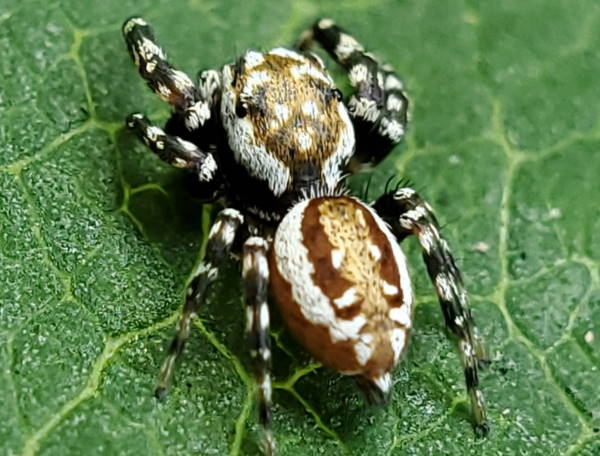 Males have dark bodies with the picture highlighting the white spots peppered all over it, including the legs. 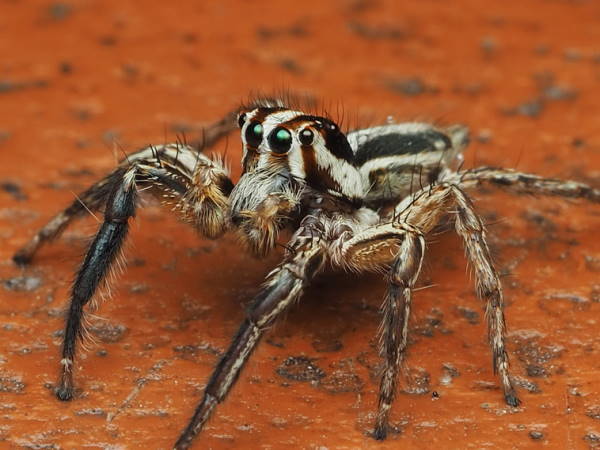 The Pantriopical jumping spider can be considered a common house spider of the Southeast, from Florida to Texas. They live around residential areas and build their egg sacs on structures, including houses, porches and sheds. There are only a few documented instances of their living in more wild environments. Like the other species presented, the male has a dark body. The white stripe pattern on the body provides additional identification help. 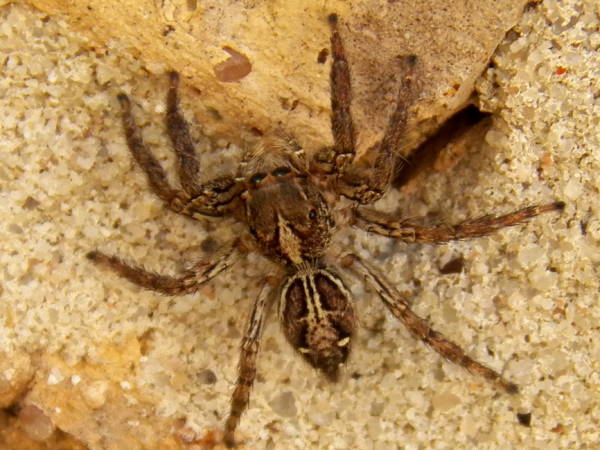 Size can help with these similar looking brown jumpers. The Buttonhook Leaf Beetle Jumping spider has a nick name much longer than it’s size. In fact, the picture shows a male that might be one-sixteenth of an inch. Females can grow to a bit less than one-quarter of an inch in length. While they populate many areas of the West, the diminutive size might pose a challenge finding one. 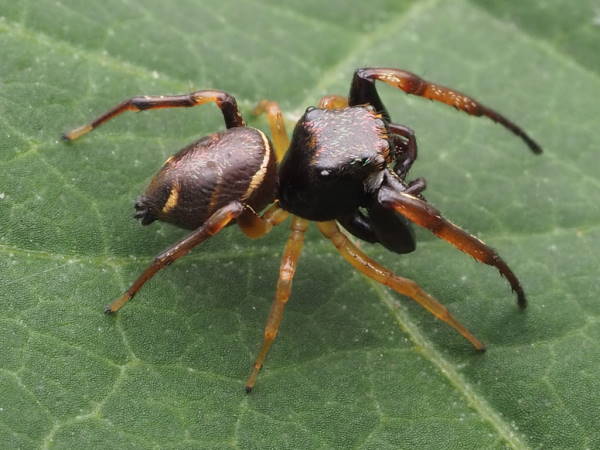 Including the Hammerjawed Jumping spider (Zygoballus rufipes) in the look alike category makes it an A-Z jumping spider group. They are another very common eastern species, so it’s easy to see how beginning enthusiasts might get confused with identification. 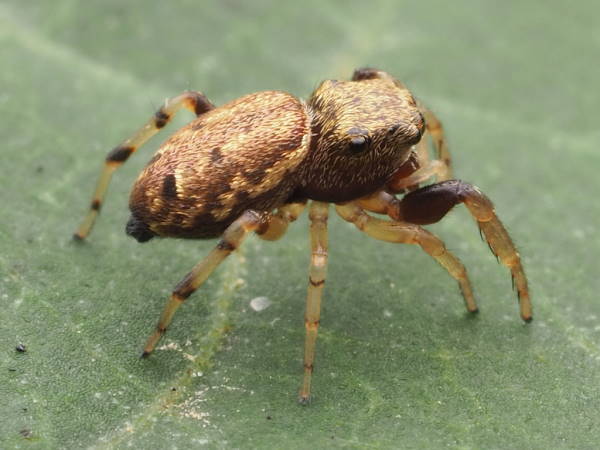 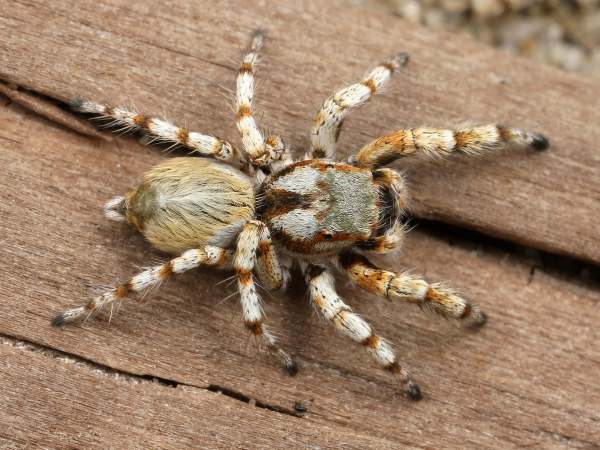 With around one hundred species, the Habronattus genus ranks as the largest of the jumping spider genera. Spider enthusiasts in the West can easily identify Habronattus-amicus by the hairy abdomen and colorful legs. Their often dark bodies with different patterns means they also can look similar to the many dark bodied male jumping spiders listed here. 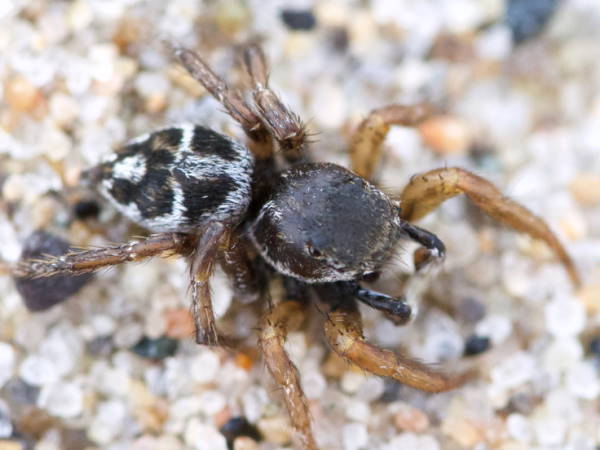 The name Habronattus borealis suggests the spider is found in the boreal forests of North America. While partially true, most of the US population has been identified in the Northeast states. 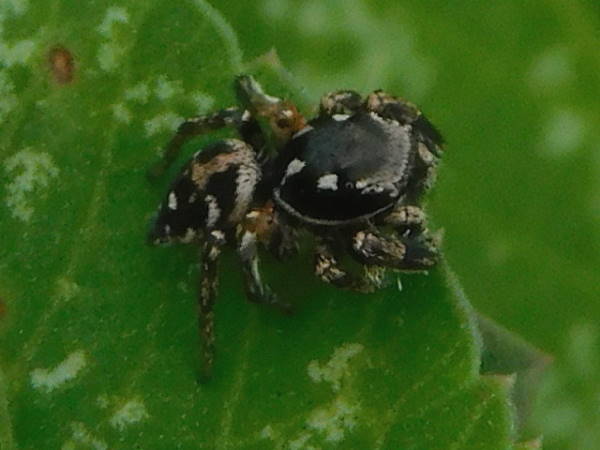 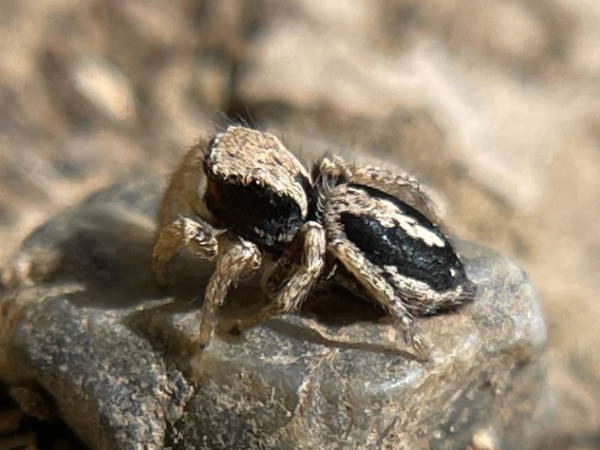 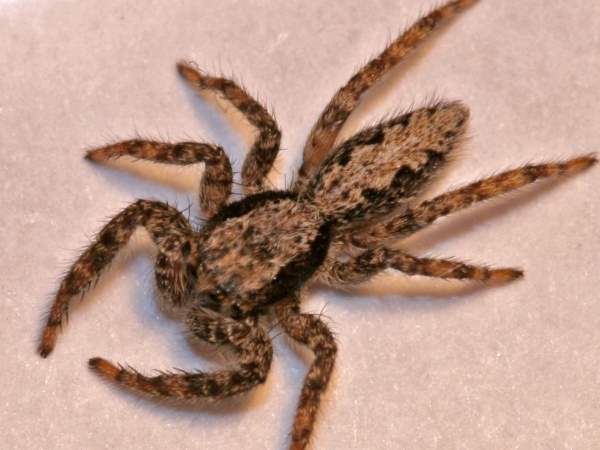 Platycryptus are a genera of dull looking jumping spiders. They have brown to grayish bodies. There’s also diamond shaped marks along the middle of the elongate abdomen.

They can be found on both coasts although the body provides good camouflage. This picture shows Platycryptus californicus, the dominant Western species. 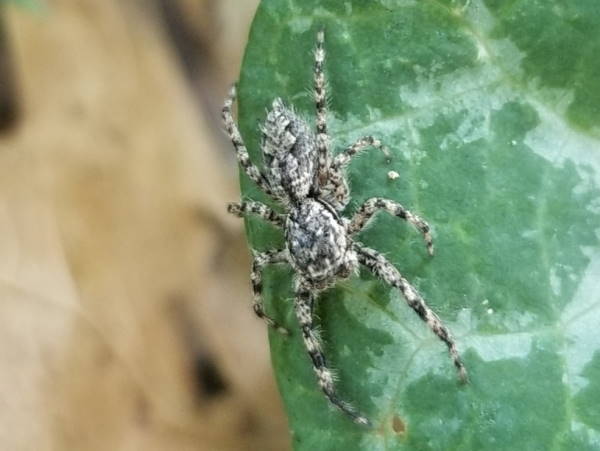 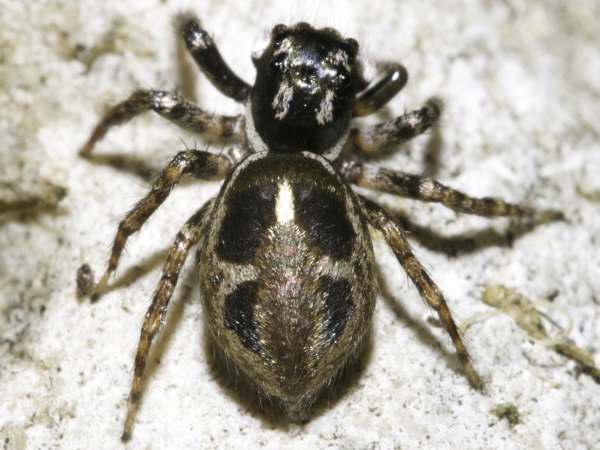