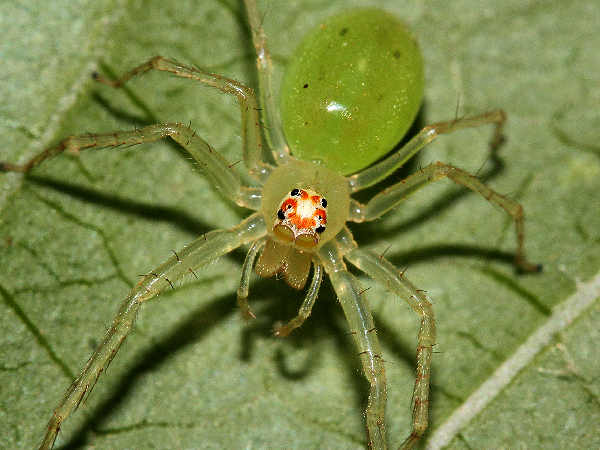 The Southeast has more Jumping Spider species and genera that other areas of the United States. Naturally there would be many questions about jumping spider ID. Most of the jumping spider species presented here are Eastern species showing a variety of colors, shapes and sizes.

The Translucent Green Jumper (Lyssomanes viridis) the only species in the genus and has a unique look with the translucent green body. Male and female size hovers around the one-quarter inch mark. they are a Southeast species, sometimes found as far north as New Jersey. 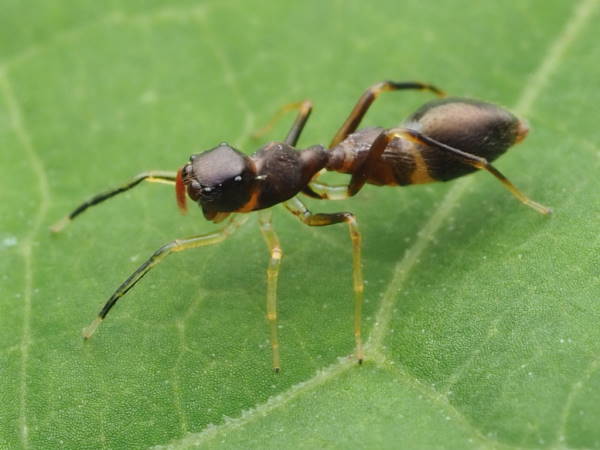 Many insects and spiders take on ant mimicry in their looks and behavior as a defensive mechanism. Most predators don’t want to mess with ants because of their aggressive nature. The Slender Ant Mimic grows about one-quarter inch in length and can be found in a few states of the Northeast. 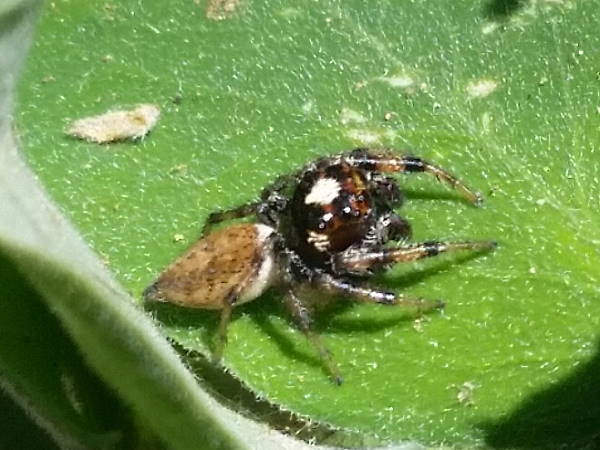 Three Colonus spcies live in the United States. Colonus hesprus is a Western and Southwestern species. Males have the brown abdomen. 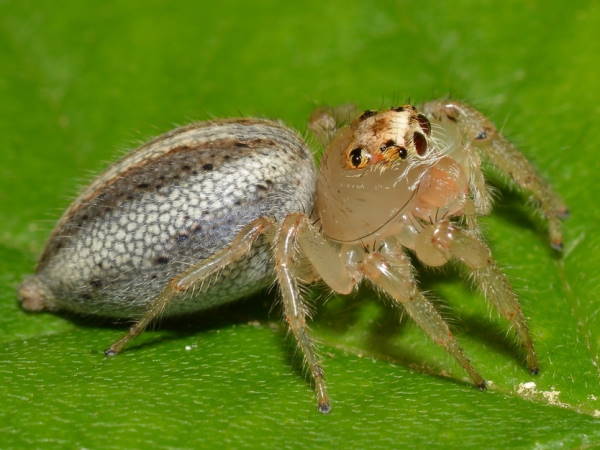 With the exception of New England, Colonus sylvanus is fairly common East of the Rocky Mountains. The picture shows a female. Note the shiny head. 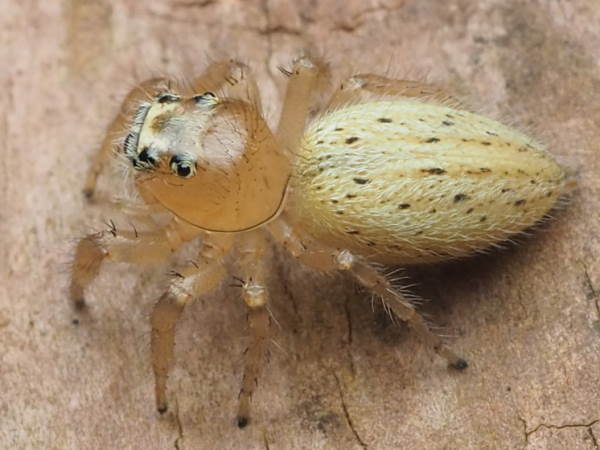 Colonus peuperus are also pretty common in the East. The female has a more white body. In the southern end of their range they can be found year round. Their season dwindles as their range moves north. 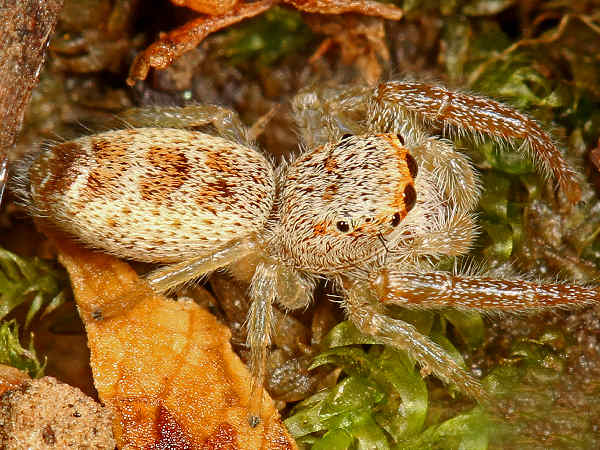 All five of the Hentzia species are found east of the Rocky Mountains. Hentzia mitrata has no common name. However, it’s one of the species with the wide range. Look for the white legs in the front and the overall light color. 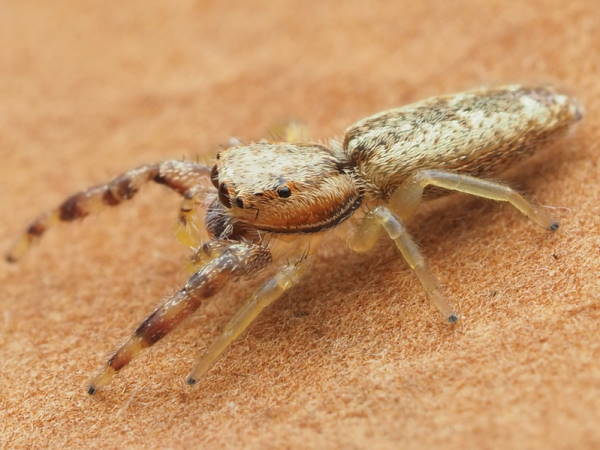 Hentzia grenada have a range limited to Georgia and Florida. 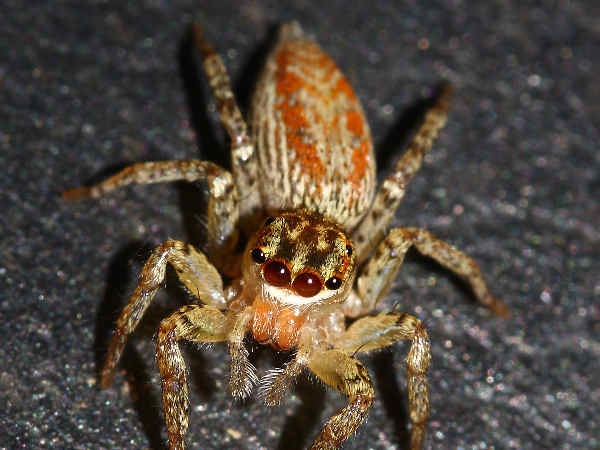 Dimorphic Jumpers are another of the common species east of the Rocky Mountains.

Two different male versions are present. One has a black body. The other looks similar to the picture. white, and black markings. The female resembles the second form with faint V-shaped markings and a paler abdomen. 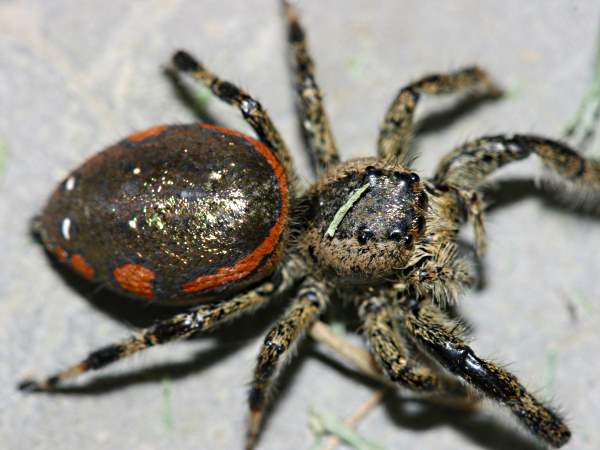 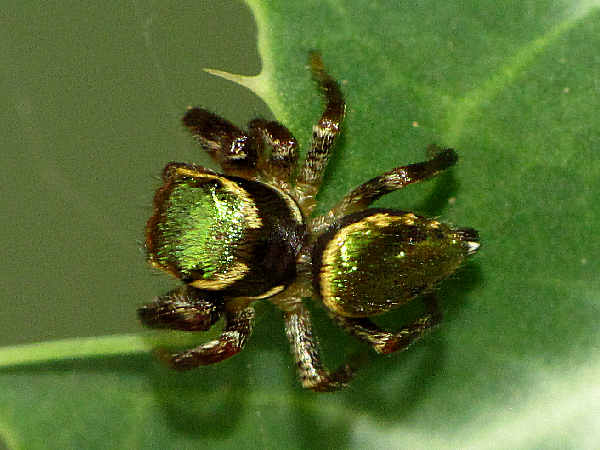 Sometimes geography is the best way to identify a jumping spider species. Messua-limbata is a very small jumping spider found in South Texas and in Mexico. Note the stripes or borders on the abdomen and thorax. 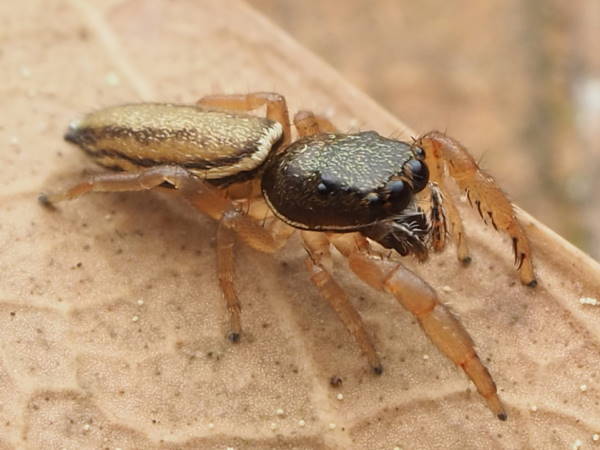 The presence of a thin abdomen usually represents a good starting point for identifying jumping spiders in the genus Marpissa. Most of the species grow a little over one-quarter inch. Marpissa grata in the picture is one of the least common, with a few sighting in the northern parts of the United States east of the Rocky Mountains. 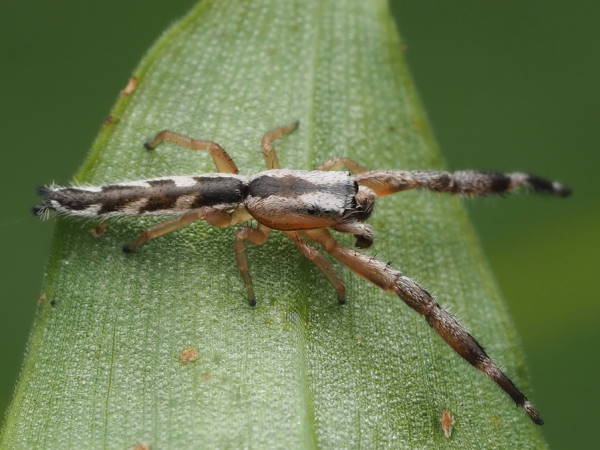 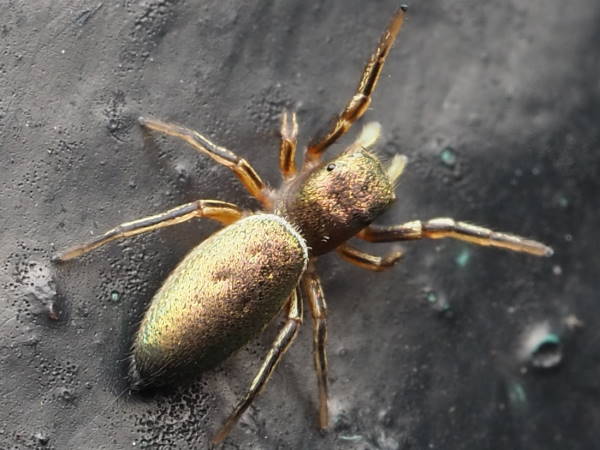 The name Thin-spined jumping spider defines its basic physical appearance. They can often be found resting on leaves and bushes from late spring through early fall in most areas east of the Rocky Mountains. 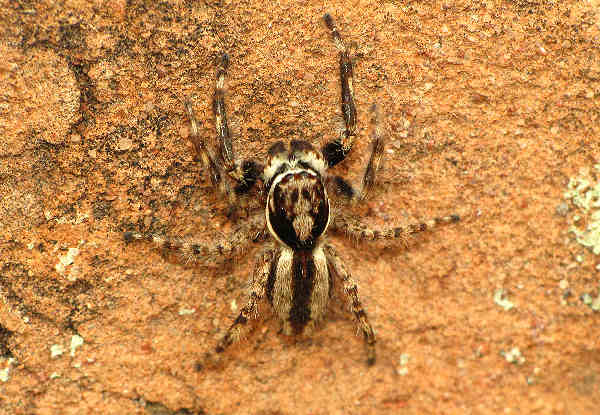 In fact, wall jumping spiders (genus Menemerus) consists of over sixty different species distributed mostly around the tropical and subtropical areas of the world. With only a few native species, they are much less common than the Phidippus jumping spiders.

The name almost tells the casual observer everything they need to know about the species. It is a dull color species often found on wall. 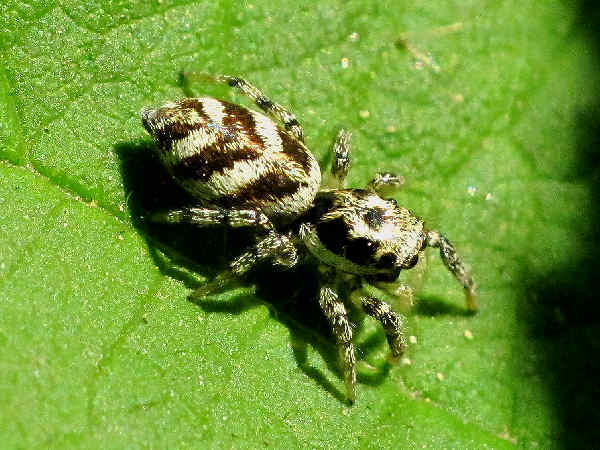 Another wall jumper, the Zebra Jumper (Salticus scenicus), lives around most North American residential areas. Very small in size, the dark and light stripes on the abdomen account for the name. Look for them on the walls of the house. They also make their home around structures in parks.