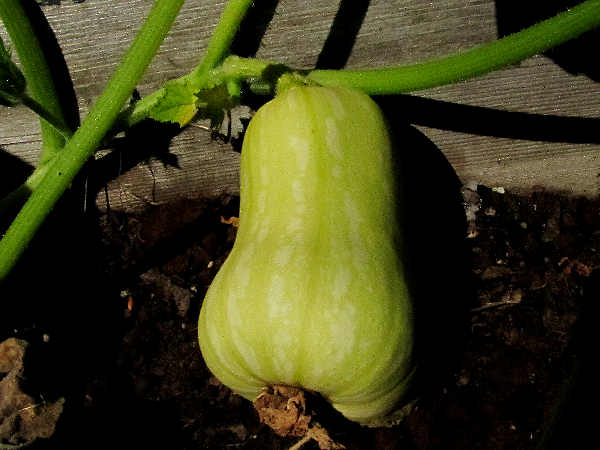 Squash, a general term that applies to a variety of fruits in the Cucurbitaceae family, gets defined in multiple ways. For many people, pumpkins define squash. Others define squash seasonally, dividing them into summer and winter varieties. The terms loosely apply to the vegetable growing and shipping seasons. Summer squash, for example, refers to most of the thin skinned squash varieties such as zucchini. All summer squash need to be planted after the season’s final frost. Their seeds germinate best in temperatures between 65o and 85o F, the warmer the better.

Most squash varieties thrive in sunny areas with well-drained, sandy soils. Summer squash likes the soil’s pH content between 6.0 and 6.5. Winter squash might be a bit more loose in this requirement. Starting from seed, if multiple plants are planned, the rows between the plants should be spaced about three feet. Thinning the plants along a row can be done after growth has been established.

Because of soil related diseases, when master gardeners think squash, they think crop rotation. Experts recommend using a plot of ground that has not been used for squash related growing over the past three years. Depending on the variety planted, plan for summer squash to mature more quickly, less than two months on average. Winter squash takes longer to grow and fruit, normally three months or longer. 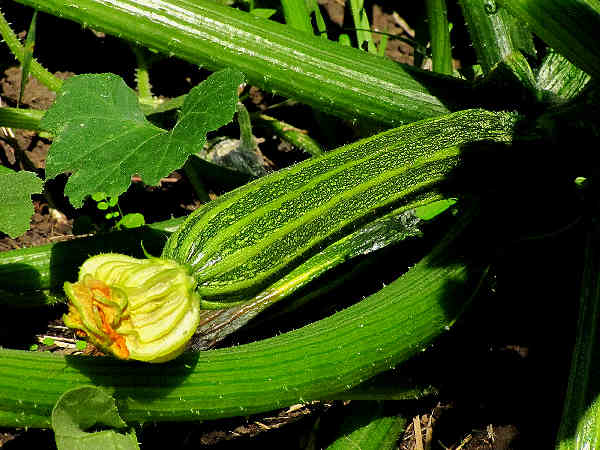 Zucchini squash, one of the few no brainer summer garden vegetables often gets recognize as the cucumber equivalent of the squash world.

It is a thin skinned summer squash, and its mild taste and texture blends in well with most dinner plans. The optimal zucchini growing environment starts by using clean soil mixed with compost. After that, the zucchini growing season depends on geography and taste. 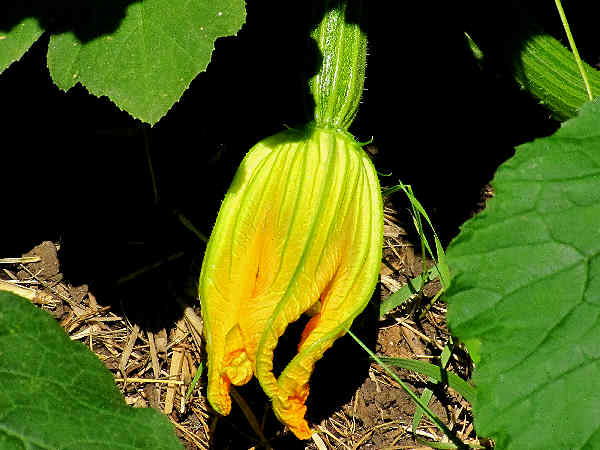 As long as seeds get planted after the last frost, chances are the seed will germinate, vegetate and produce a flowering vine. Speed in transplanting is another zucchini plus. Whereas some vegetables such as tomatoes and peppers might need up to eight weeks indoors prior to being transplanted, usually squash seeds can be germinated indoors, with the plants ready for the garden in a 2–3 week time range.

Vine crops have male flowers and female flowers (small fruit behind the flower). Male flowers develop first, and generally predominate. Young fruits that are not pollinated stop growing. Zucchini flowers have their own special cache. They are also edible and many people enjoy stuffing them with a light cheese to make a fresh season appetizer.

During bloom and fruiting time, many gardener’s might choose to add an organic nutrient in the 0-10=10 range every second or third watering.

Depending on the variety, the entire growing process might take anywhere from two to three months.

Planning a multiple zucchini plant garden means little more than provide each plant with about a two foot growing area.

In addition to dividing squash between summer and winter varieties, four different squash species highlight both culinary and decorative themes.

Scallop squash gets its name from its scalloped edges. While white remains the most common color, some scallops take on shades of yellow and orange. Its wide round body makes it a perfect stuffing vegetable. Just add your favorite ingredients.

Sweet dumpling squash, a winter squash, can be grown for both ornamental and culinary purposes. Their color suits ornamental gourd fans, and they are small enough to place in cool open spaces for decoration throughout the fall. Their taste, which runs from nutty to sweet, suits squash fans. Cut the squash in half, clean out the seeds and bake or roast with your favorite squash topping.

Mostly because of its unique shape and color, the turban squash, or Turk’s Turban (Cucurbita maxima), in the picture, get grown for both ornamental and food purposes. As an ornamental, Turban Squash comes in a variety of colors and sizes. Larger sizes are commonly used as table centerpieces. Specialty seeds are available for growing turban squash as an ornamental.