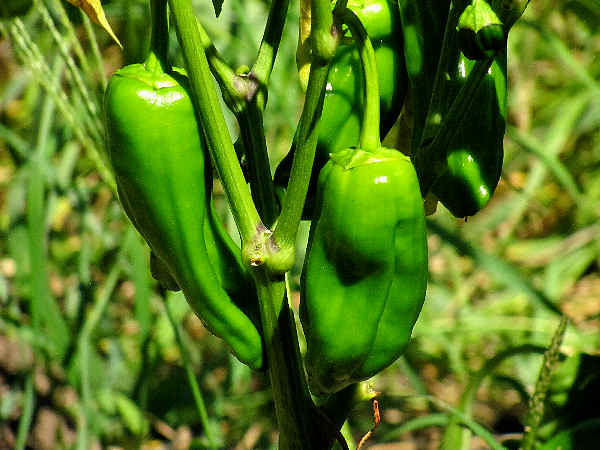 Once considered special occasion vegetables, peppers now occupy as visible a spot in the average American mainstream diet as growing peppers occupies a visible spot in the vegetable garden.

Southwest cooking continues to influence American culinary habits, far beyond the influence of the meal time taco or burrito. The chile, for example is one of New Mexico’s official state vegetables.

Speaking of New Mexico chiles, a small southern town called Hatch is situated less than an hour’s drive north of Las Cruces, New Mexico. It bills itself as the chile Capital of the United States.

While you are in Las Cruces, check out the Big Chili Inn and the world’s largest chili pepper, a forth seven foot masterpiece created with two and one half tons of concrete. The entire area is great for growing New Mexico chilies. Researchers at New Mexico State University in Las Cruces have been developing quality chili varieties for over one hundred years. 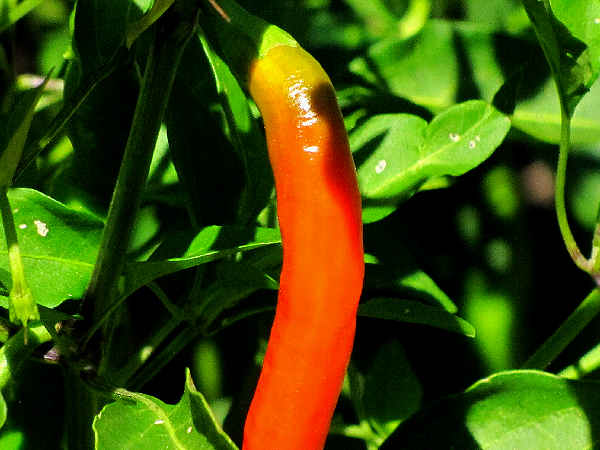 The term chile pepper collectively refers to all the hot peppers in the capsicum genus. Since capsaicin, a natural pain reliever, is the active ingredient in chile peppers, one can only wonder how many headaches have thus far been averted because of a country’s changing culinary habits.

Most American palates are accustomed to the sweet peppers because of the long time popularity of green bell peppers. Additional sweet pepper varieties with names such as Sweet Banana, Gypsy, Golden Summer, Chocolate Beauty, Purple Beauty, and numerous varieties with the name ‘Bell’ attached to them are common back yard garden choices.

Hot peppers such as Cayenne, Habanero and Jalapeno continue to grab the attention of pepper enthusiasts across the country. Many of these varieies also go by the common name ‘chile peppers’. 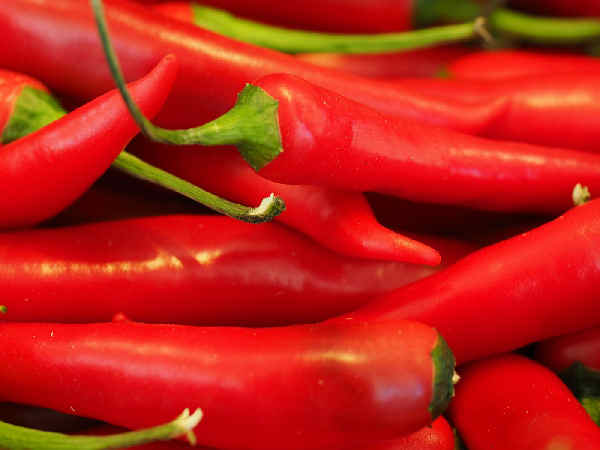 Chile varieties normally get characterized as small shrubs, and they can be grown as perennials in warmer climates. Multiple branching on the plants provides ample space for fruiting. In colder climates, night time temperatures need to be over 65o F in order for flowering (and subsequent fruiting) to occur.

Organic Tip: Like many other branching garden plants, such as tomatoes, applications of organic fertilizer for chile plants follows a general, three part rule of thumb coinciding with the plant’s three stages of development, vegetation, stem and branch development, flowering and fruiting.

Once grown, the peppers can also be frozen for use at a later date.

The process starts by cleaning the peppers, removing the seeds and slicing them in bite size pieces.

Next, freeze the peppers on a tray for approximately one hour.

After the peppers are frozen, transfer them to a freezer bag and remove as much excess air as possible. The prior freezing process ensures that the peppers don’t bunch up and stick to each other while in the freezer.

Insect pests and viruses need to be watched during the growing species. For example, a few aphid species are drawn to pepers including green peach aphidsand melon aphids. Although European corn moths strongly prefer corn for egg-laying sites, they will also lay eggs on leaves in peppers, and larva bore into the fruit under the calyx.

Symptoms such as leaf mottling, puckering, or curling; stem and petiole streaking; rough, deformed, or spotted fruit; stunted plants; and leaf, blossom, and fruit drop are indicative of viruses. When possible, plant cultivars that have resistance to diseases of concern.
Many cultivars are resistant to tomato mosaic virus (TMV), the most important virus, spread by contaminated hands or tools that rub against leaves. A few cultivars are resistant to potato virus Y (PVY) and/or tobacco etch virus (TEV),which are spread by aphids and rubbing leaves. Many are resistant to some strains of the bacterial spot pathogen, which affects both leaves and fruit.

Natural pest management generally consists of introducing the beneficial insects into the garden appropriate for dealing with the identified insect pest.