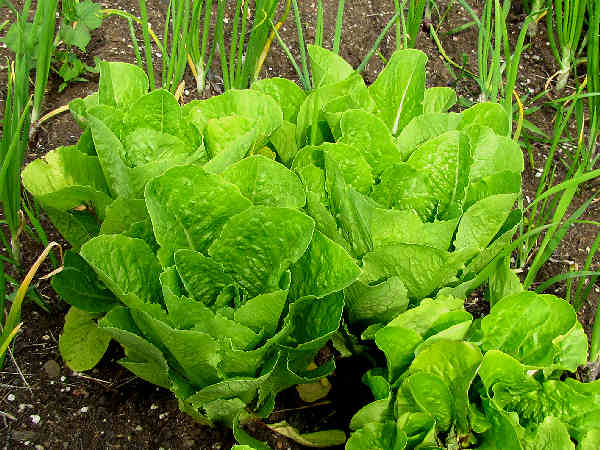 Over the past thirty years kitchens across the country began paying attention to different types of lettuce. Where iceberg once occupied most of the space in produce departments, dividing their lettuce attention between the traditional iceberg or head lettuce, leafy lettuces, such as romaine and butterhead lettuces.

Nutritionists often recommend the leafy varieties due to their higher nutrient content. The dozens of lettuce varieties available for purchase today means everyone’s favorite salad starter, lettuce, can be grown in everyone’s garden.

Attention to types of lettuce translated into attention to growing lettuce. How easy is it to grow lettuce? Well, first consider the fact that native lettuce plants such as Miner’s Lettuce grow year after year without human aid. Starting from there, it’s easy to understand that most, if not all domesticated lettuce varieties also practically grow themselves.

All things being equal, the most difficult decision in the lettuce growing enterprise may very well be choosing among the many varieties. Both casual gardeners and commercial farmers choose from the following list of salad greens: arugula (Eruca sativa), cilantro (Coriandrum sativium), cress (Lepidium sativum), kale (Brassica oleracea and Brassica napus pabularia) and collards (Brassica oleracea). In a plus for organic gardeners, more than a handful of lettuce varieties are available as certified organic seeds. 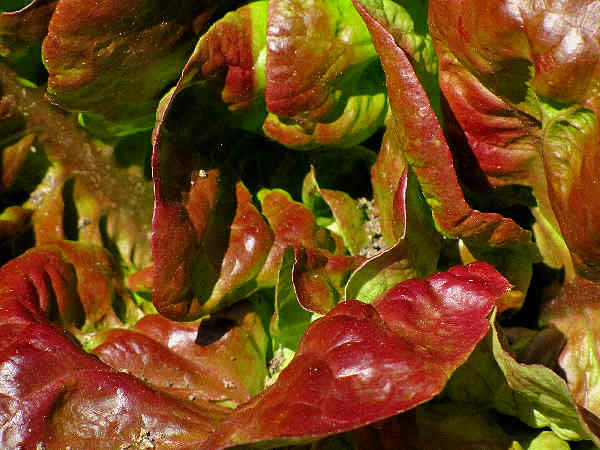 Soil Conditions: As a leafy green salad starter, most of the lettuce varieties on the market are cold weather plants that grow well in healthy soil in the 6.0 to 7.0 pH range. Nitrogen rich soil aids leaf growth.

Planting Tips: Start spring lettuce indoors and transplant it to the garden when the plants have a handful of leaves blooming.

Spacing: Most family gardens can do well by planting two rows of lettuce and spinach combined, with each row measuring about four feet long. The lettuce plants are placed in the ground with the starter leaver showing, and space about three to four inches apart. 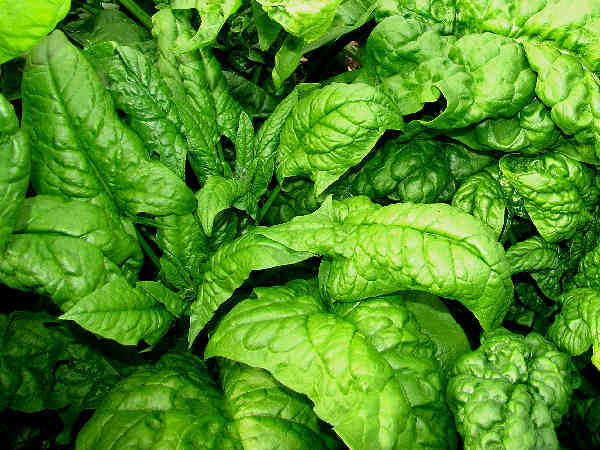 Spinach lure runs deep in most parts of the world where it grows both wild and cultivated. To Americans, spinach and Popeye now blend almost seamlessly together to produce the “spinach is good for you” narrative so common in households across the country.

Narrative aside, the dark green leaves of many common spinach varieties, attract the eyes of many back yard gardeners looking for the perfect home grown spinach salad ingredients. Variations on the general spinach salad exist. Here’s one basic recipe anyone can add to.

No wonder it’s a salad lovers delight. Spinach gets marketed as the leafy green chock filled with vitamin A, foliate, vitamin K, potassium and iron. Recent research suggests that like many vegetables, spinach loses its nutritional value when stored in a refrigerator for as little as a week. Eating fresh picked spinach from the garden ideally solves the nutrition problem.

Fortunately spinach is also one of the easy to grow cool weather crops that generally follow the same rules for growing other leafy greens. With proper planning and some garden luck, spinach grows almost effortlessly during the spring and fall.

New spinach varieties continue to be developed, each with their own variety specific growing tips. A few more general spinach growing tips follow.

Spinach takes about ten weeks to go from seed to table. Adequate water (one inch per week) and a weed free environment promote healthy growth.

As part of the leafy green group of vegetables, spinach need little more organic care than a a few measured applications of a high nitrogen content, organic fertilizer, in order to thrive. Finally, staggering the planting time by a couple of weeks insures that fresh plants are ready to pick throughout the growing season.