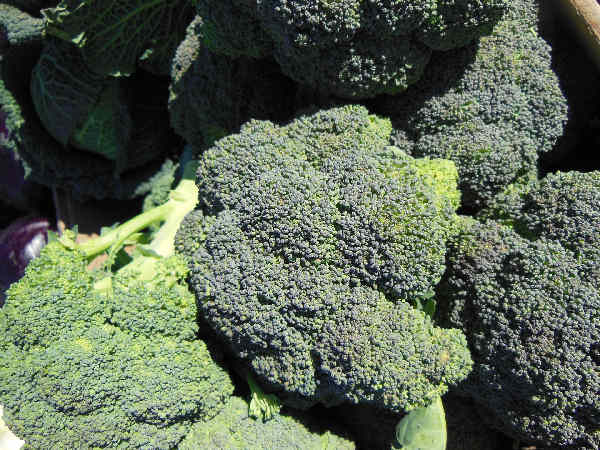 In our life time, both Presidents and Supreme Court justices have mused out loud about the merits of broccoli. Apparently it’s not everyone’s cup of tea. Fortunately, enthusiastic gardeners everywhere continue to contemplate growing broccoli, along with other cole crops such as cabbage and cauliflower. After all, it’s impossible to cook chicken and broccoli, slap together some cole slaw or put out a nice spread of raw vegetables without them.

Because they are cool season vegetables, they also fit perfectly into most vegetable garden plans regardless of geography.

In the south, winters are sufficiently warm to insure good seasonal growth. In the north, cole crops provide gardeners with early spring stlarters and late fall the vegetables.

Cole crops, or the many varieties of the mustard family’s Brassica oleracea, stand out for their popular, cold hard vegetables such as broccoli, brussels sprouts, cabbage, cauliflower, kale and kohlrabi. Nutrition and taste partially account for their popularity. They are also fairly easy to grow. 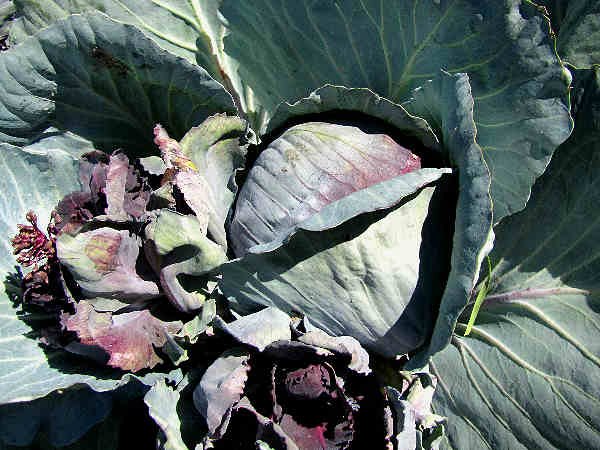 Once the vegetable choices are made, gardeners need to consider soil nutrient conditions. Cool weather vegetables adapt to cool soil conditions because of their shallow roots. Two general growing tips related to nutrition and water apply to all shallow root vegetables.

First, shallow roots means that a plant may or may not reach buried nutrients, such as phosphorus, which tends to settle into the soil. Therefore, gardeners need to consistently check soil nutrient levels to insure plant nutritional needs.

Second, shallow root systems also mean that most cole crops need an above ground water source. The one inch of water/week rule of thumb works for most cole crop gardens.

Seed generation starts the process and generally all cole crop seeds can germinate in soil temperature as low as 40o F. Along with most garden vegetables, a soil in a pH between range 6.0 – 6.8 suits them perfectly.

Their ability to withstand light frost, along with their and short life cycles (with the exception of brussels sprouts, vegetables ready for the table less than three months after planting), make them highly adapted to many North American gardens. 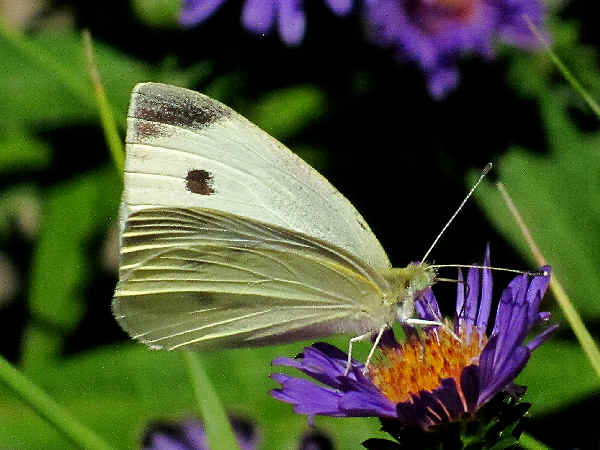 Have you seen the butterfly in the picture? It’s a cabbage white butterfly. Their presence in the yard and garden assures the presence of their caterpillars. They feed on most plants in the mustard family (Brassicaceae), including their name sake, cabbage. More often than not, cabbage worms represent the biggest insect pest for all cole crop gardens. Look for velvety green caterpillars about an inch in length.

In most circumstances, cole crop pest management is fairy easy, because their planting seasons come at a time when insect populations are low. Proper garden planning also reduces the possibility of insect infestations. Practice crop rotation and avoid planting any cole crops in the same area year after year. It breaks the insect pest life cycle. Keeping the garden area weed free often serves as a good pest management strategy. Pest free garden also helps during harvest. Many freshly harvested, pest free cole crops (cauliflower being an exception) stored in a cool, humid setting such as a root cellar, maintain their freshness for four to six weeks, depending on the vegetable. 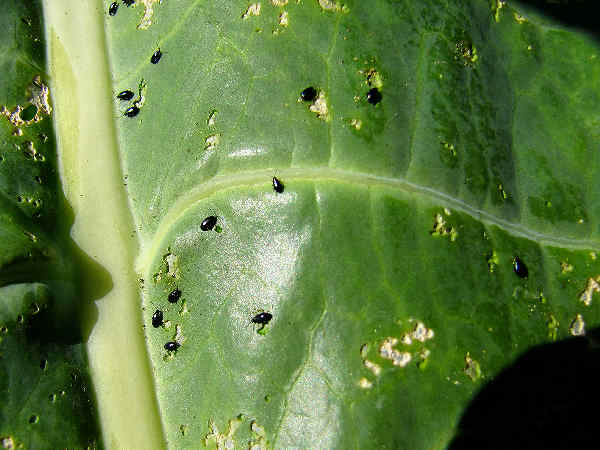 Additional, organic remedies such as the use of Bacillus thuringiensis (Bt) and garlic juice extracts, easily deal with some of the most problematic pests such as cabbageworms, cabbage loopers and aphids. Flea beetles are common garden pests and for Brassicaceae plants, the culprit is normally the Crucifer flea beetle. It’s a general feeder and can be found on stems, leaves and flowers. 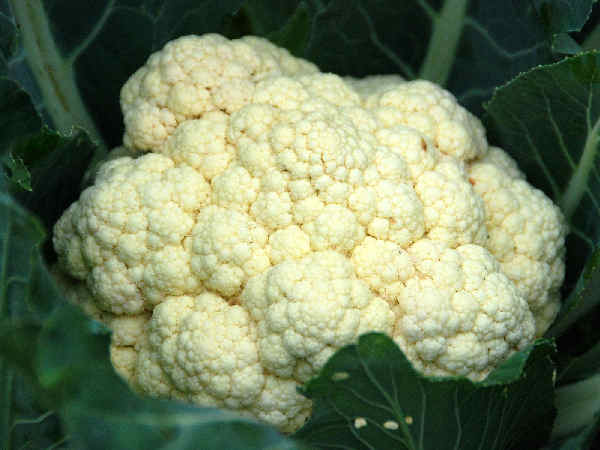 Cauliflower, like the other more common brassica species, is characterized as large stalk plants with flowering heads or florets. Unlike broccoli and cabbage, cauliflower usually does not rank among the easiest growing vegetables.

Most gardeners report getting the hang of it over time. Starting with soil, cauliflower grows best in sunny, well-drained soil with a pH level between 6 and 7.5. Adding compost to the soil helps promote healthy growth.

Most varieties take a bit over two months to begin fruiting, so planning to keep the plants in the ground while the day time temperature hover around the 60o F range is critical for success.

Large variations in temperature and moisture during the growing season tend to upset the growing cycle. Make sure that the plant receives consistent water over time.

When the white heads of the plant begin to show, it’s time to wrap the leaves around the heads to protect them. Harvest time is chosen when the heads reach a desired size.