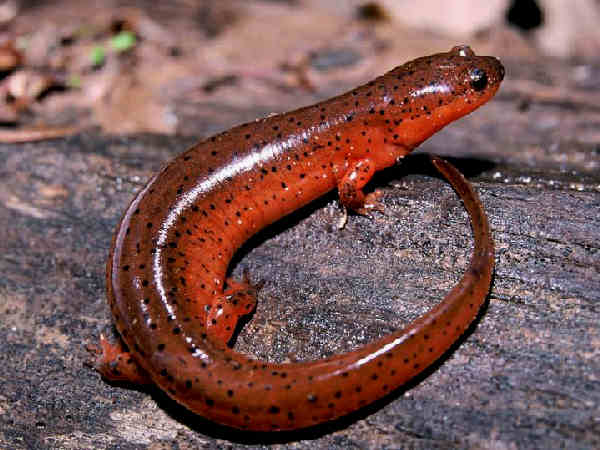 The entire Southeast, especially around the Appalachian Mountains, ranks as the most salamander diverse area in the United States. Florida salamanders don’t quite follow that geographical guide because of the lack of mountains in the state. However, the existence of Florida’ natural springs and cooler climates in the norther, makes the area very salamander friendly.

Geography also explains diversity in Florida salamanders. Situated near the Gulf Coast and Atlantic coast, the panhandle is habitat friendly to many species.

While the common name salamander often is used to to describe the population, formally the population consists of species from six different families, as listed below. Florida is one of the Southeast states to also host the “Giant Salamanders”, the Sirens and Amphiumas that inhabit the swamps, marshes and other slow moving bodies of water.

One final note, the lack of salamander research means little is known about individual salamander species populations although. Experts do note that more than any other amphibian group, there’s a significant decline in salamander diversity as one moves south in the state. Additionally, experts also note that increased human development encroaching on salamander habitat potentially harms aggregate population levels. The southern dusky salamander population (Desmognathus auriculatus) is often used as an example of this trend. The picture shows a Mud Salamander, one of about a dozen of the lungless Florida Salamanders.

Become a member of Gratography today by registering and begin sharing your salamander pictures and stories from Florida today.