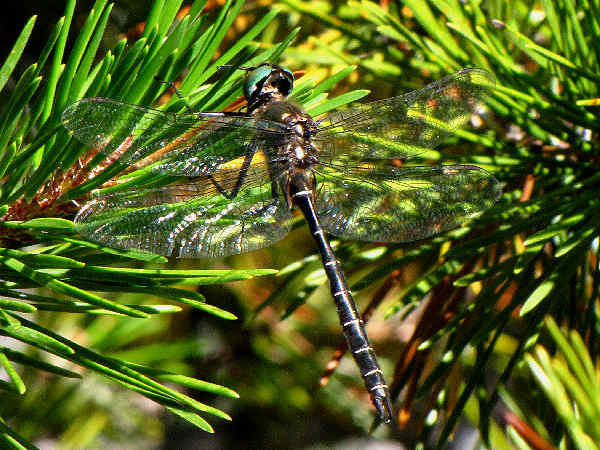 Emeralds (family Corduliidae), or the green-eyed skimmers, fly in most areas of the United States, although species diversity is greatest in the north.

Approximately fifty native Coruliidae species, in six different genera, have been identified. Here’s a sample of representative species from all six of the genera.

Starting with the largest genera in terms of number of species brings up the Striped Emeralds (Somatochlora). Almost half of Emerald dragonflies fit here.

America’s only endangered dragonfly, the Hine’s Emerald, starts the conversation. According to the US Fish and Wildlife Service, it previously had a range extending up and down the Mississippi River Valley. Today it’s range is limited to Illinois, Michigan, Missouri and Wisconsin.

The greatest threat to the Hine’s emerald dragonfly is habitat destruction. Most of the wetland habitat that this dragonfly depends on for survival has been drained and filled to make way for urban and industrial development.

The picture at the top of the page shows another species, the Ringed Emerald. It’s range is limited to a few states in the Pacific Northwest. 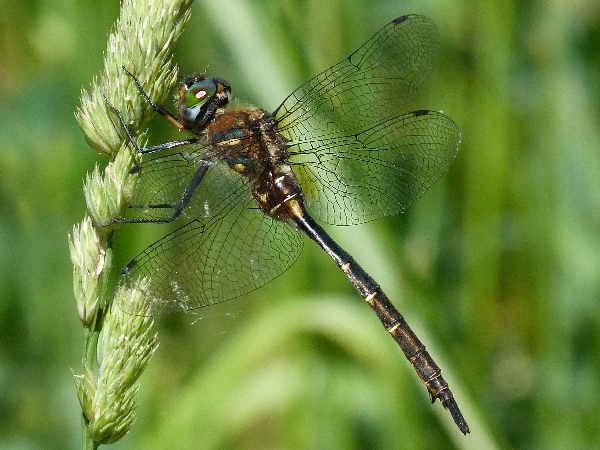 Brush-tipped Emeralds have a range that extends in the northern areas of the United States from New England, west to Washington state. 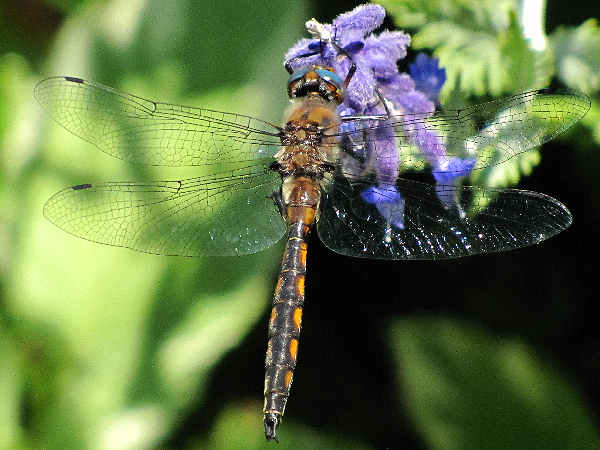 Baskettails are the second largest group of Emerald Dragonflies with respect to number of species (10). They all share a similar physical appearance of brown patterned bodies. The picture shows a Beaverpond Baskettail. It is found along the West Coast, New England and the Upper Midwest. 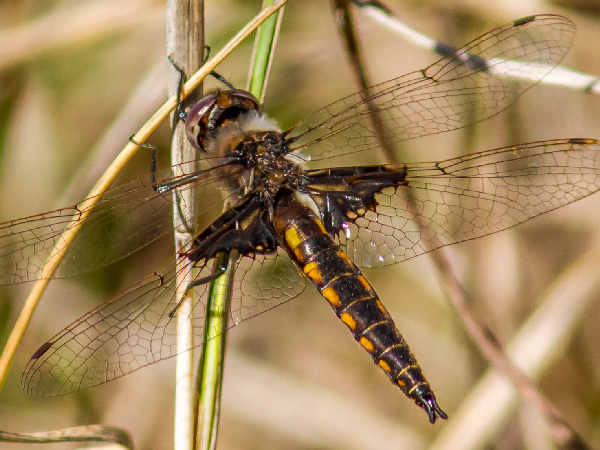 The Common Baskettail has some darkening on the lower wings closest to the abdomen. As the name implies it is very common throughout the eastern parts of the United States. 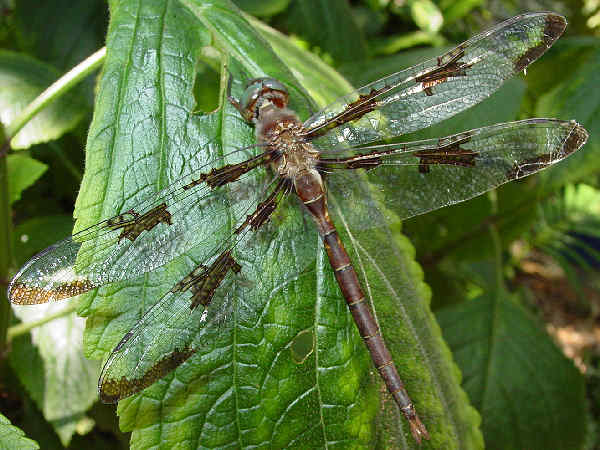 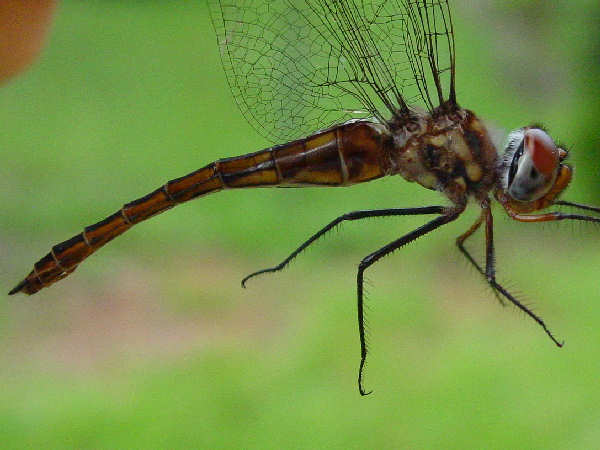 Sepia Baskettails are fairly indistinct looking. They are a Florida specialty. 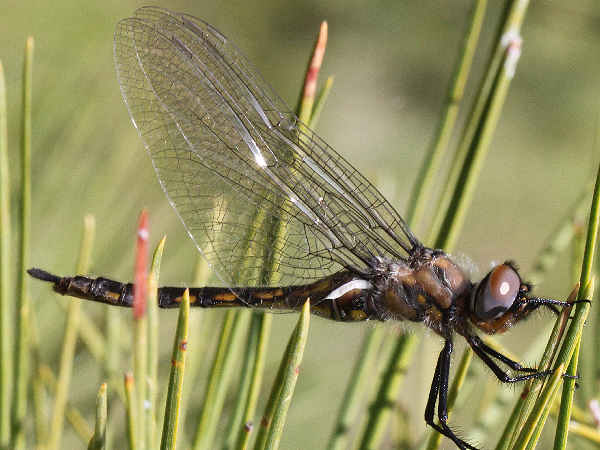 Spiny Baskettails overlap territory with Beaverpond Baskettails and they look very similar. One expert suggests looking for the black fringe behind the eyes. 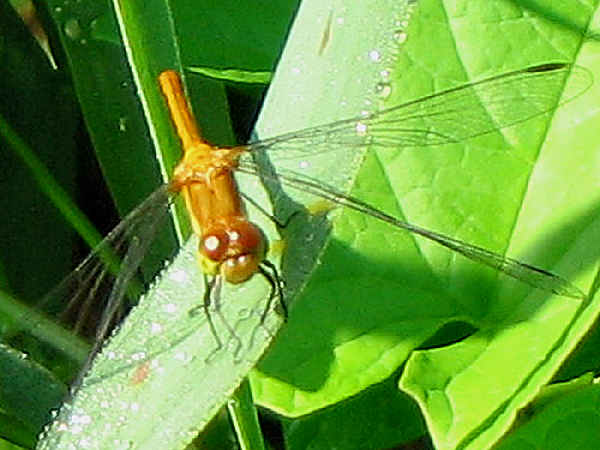 Shadowdragons (Neurocordulia) contain about five species with a range limited to the forested areas of the eastern United States.

The picture shows an Alabama Shadowdragon. It has the typical long, light brown body. 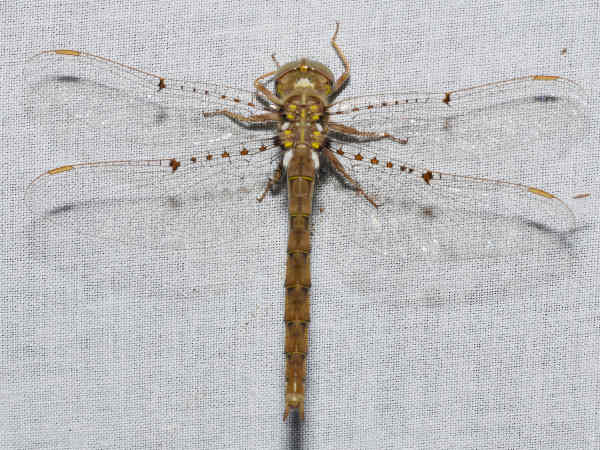 The Smoky Shadowdragon is a Midwest species. 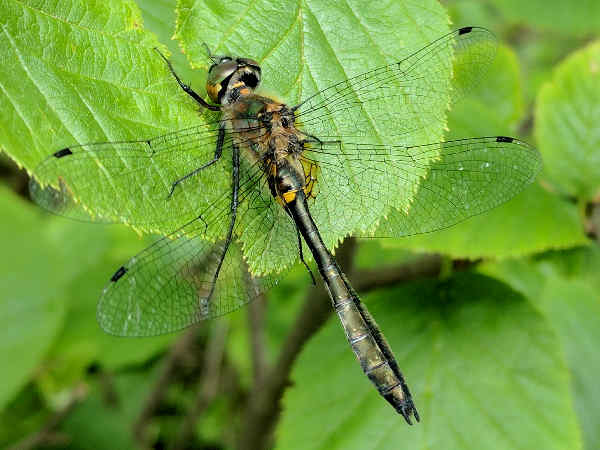 Racket-tailed Emeralds are one of two Little Emeralds (Dorocordulia). Their territory extends to New England, the Northeast and Upper Midwest.

The picture shows a fairly nondescript species with an extended tail. They are common around lakes, so it’s easy to get a picture of them. 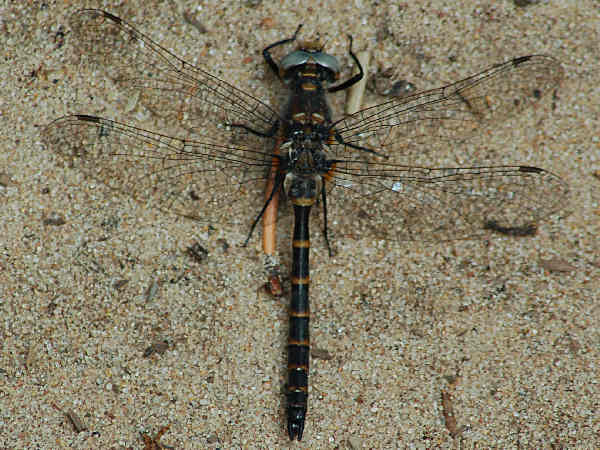 Boghaunters (Williamsonia) maintain the tradition of cool Emerald dragonfly common names. They haunt the Bog areas of New England and the Northeast. The picture shows a Ringed Boghaunter. 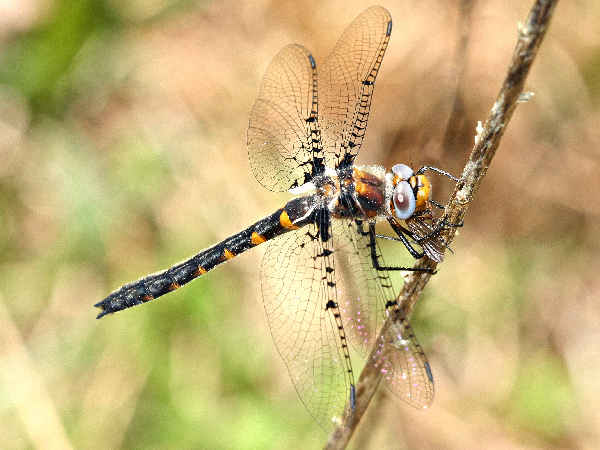