The Skimmer dragonfly identification guide continues with a page that covers very common species from six different genera, including Corporals, Saddlebags and Dragonlets. Becasue Skimmers are the largest family of dragonflies in terms of number of species, the button for More Skimmers covers additional species. The video at the top of the page starts things off by showing the Black Saddlebags, the most common of all the Saddlebags. 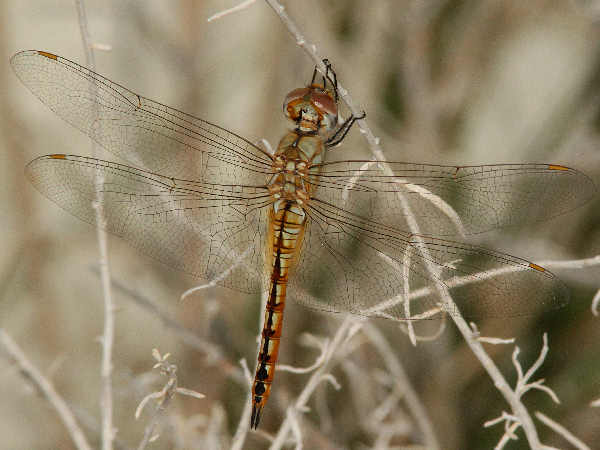 Our dragonfly pictures guide to the skimmers starts with the Wandering Glider. It’s one of two species of Rainpool Gliders (Genus Pantala). It’s fairly common in every state with the exception of the Pacific Northwest states. 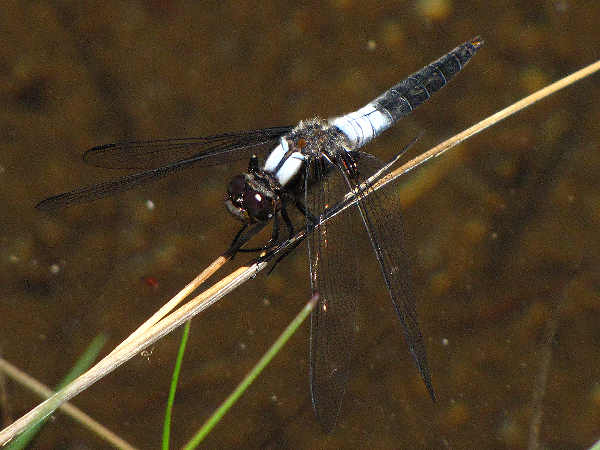 Corporals are another of the skimmer genera with a few regionally based species. The common name refers to the stripes on the thorax. Males get pruinescent with age. 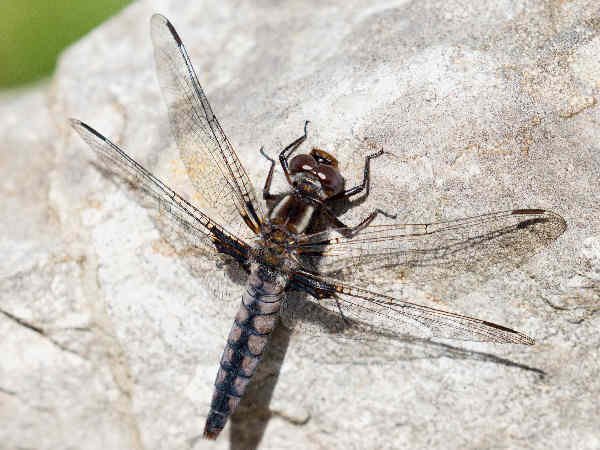 Blue Corporals are often a sure sign spring has arrive. They tend to be one of the first to fly as the season begins. You can’t miss the blue body of the male. Females have brown thorax with light colored stripes on the shoulder.

They are fairly widely distributed in the East. 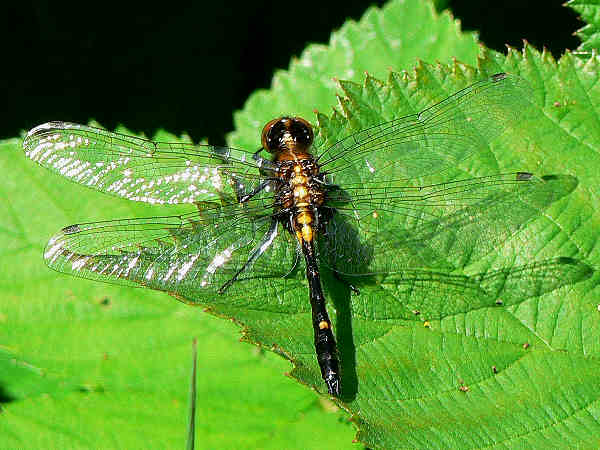 The colorful Hudsonian Whiteface (Leucorrhinia hudsonica) is mostly a northern species with populations around New Engalnd and the Pacific Northwest. The white face, red waist and red markings on the abdomen are typical of the male. 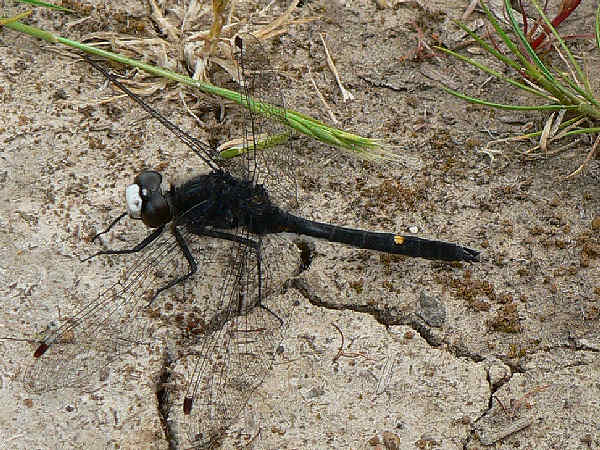 Male Dot-tailed Whiteface rank as one of the most easily identified dragonflies. The black body with yellow spot at the bottom of the abdomen are clear field guides, even if the white face is not apparent. 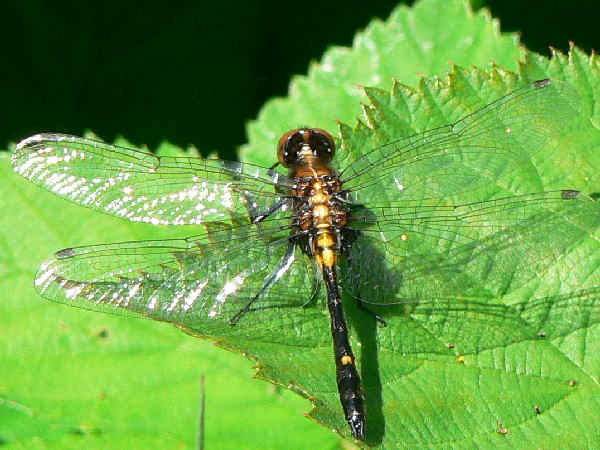 Here’s a picture of a mauring male. The yellow dot and black abdomen have formed and the throax is still brown. Females are all brown and they have marks down their entire abdomen rather than one dot. 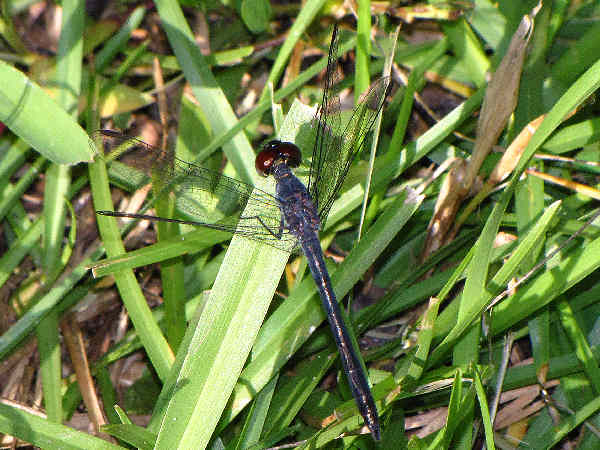 No dragonfly identification guide on the skimmers would be complete without some words on the Dragonlets. After all, what’s not to like about Dragonlets (Erythrodiplax), the miniaturized versions of dragonflies. They are almost strictly an eastern genera with six species regionally active.

The Seaside Dragonlet (Erythrodiplax berenice), for example, is fairly abundant along coastal areas of the entire Eastern Seaboard and Gulf Coast. Look for a small, dark bodied dragonfly close to the ground. 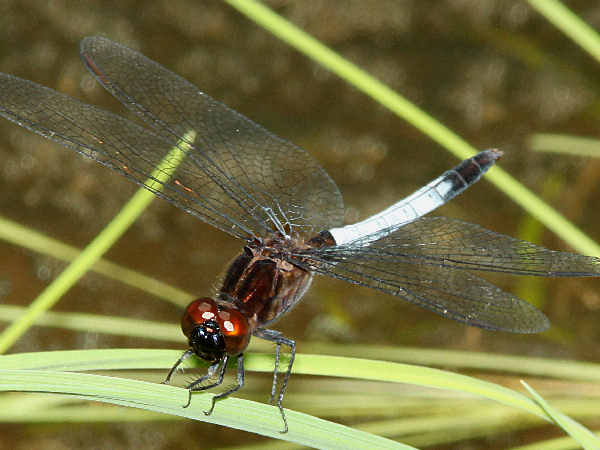 The Plateau Dragonlet has a limited Southwest range. 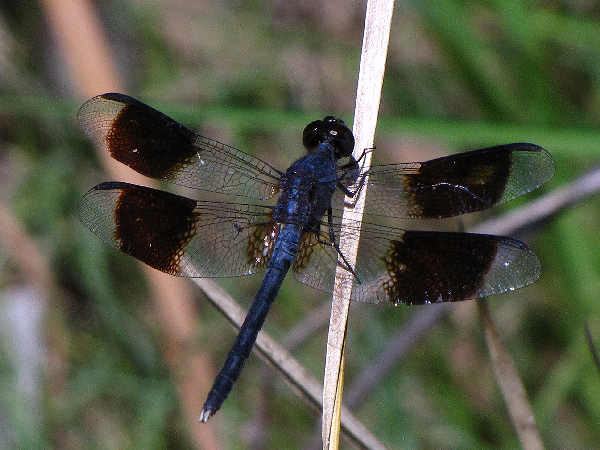 Band-winged Dragonlets mostly limit their range to South Texas and South Florida. However, specimens can be found as far north as the Great Lakes. Males like the one in the picture can be identified by the dark bands in the wings and a dark body. 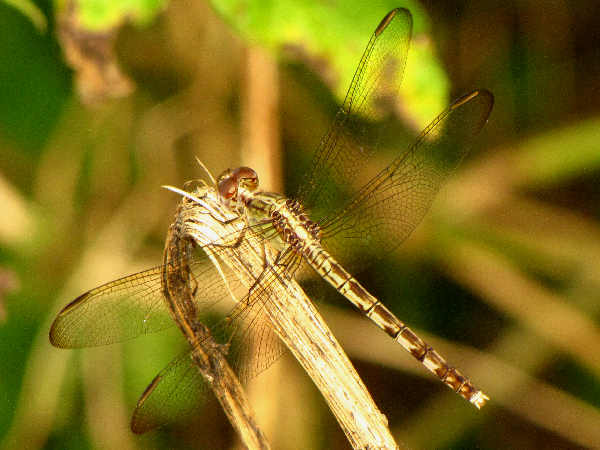 Female Band-wing Dragonlets lack the dark wing spots and have a like brown checkered abdomen. 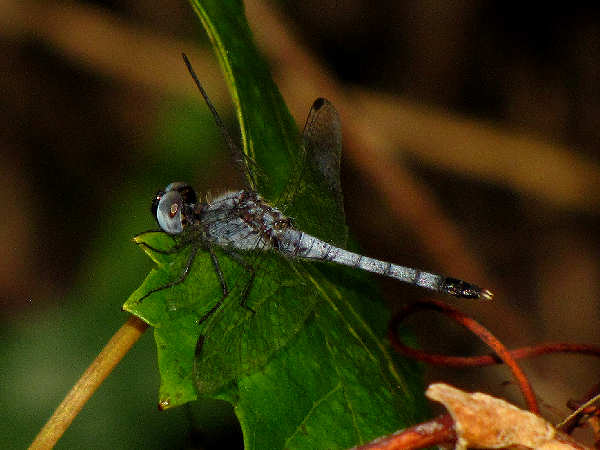 The name Little Blue Dragonle pretty much tells the story. Males are small, blue colored dragonflies. They are fairly common in the Southeast. 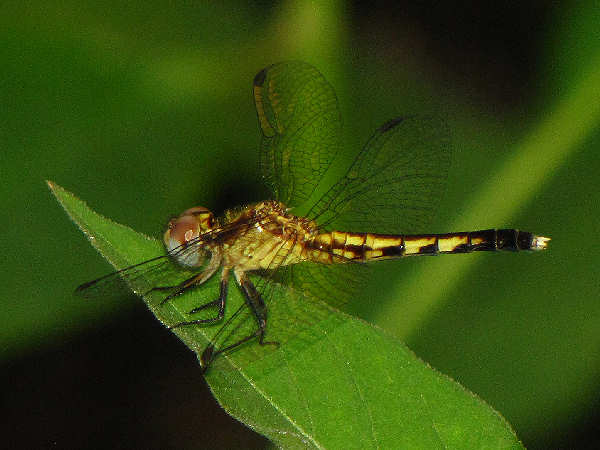 Female Little Blue Dragonlets have yellow to brown bodies with dark markings on the abdomen. Both species show white cerci. 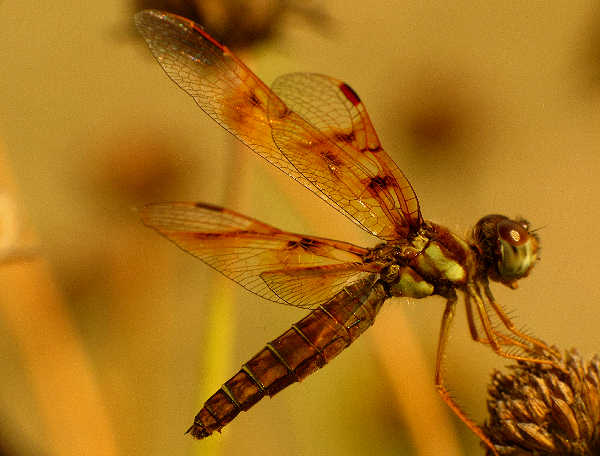 For all intent and purposes, the widely distributed Eastern Amberwing (Perithemis tenera) is the species most recognized. It’s very small, but some extra large wings give it a larger look. The picture shows a female with marks on the wings. Males have no marks. 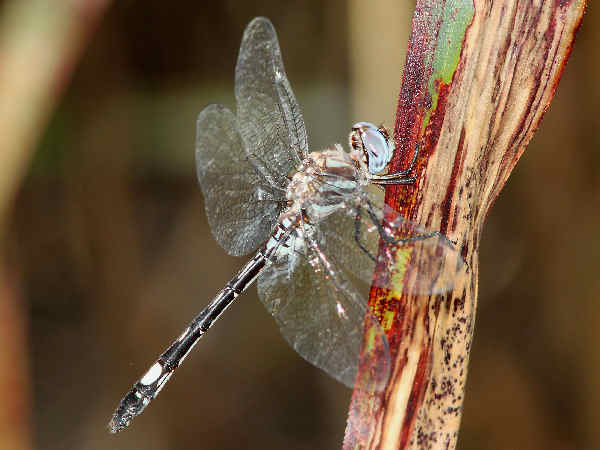 This is another of the skimmers that have a greater presence in areas south of the United States. Only two Clubskimmers (Brechmorhoga) have a presence in the Southwest. The Pale-faced Clubskimmer is the more common of the two. The name refers to the widening of the bottom of the abdomen, giving the species a club like look. 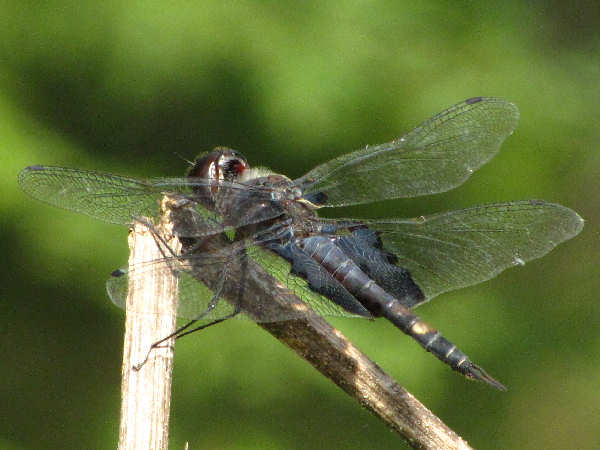 Saddlebags, (Tramea genus), a common southern group of skimmers, receive their name based on the dark wing patches next to the abdomen.

While six different species can be found across most of the United States:

only three of them, the Black Saddlebags, The Red Saddlebags and the Carolina Saddlebags have an extended range.

The Black Saddlebags is the most wide spread with species found in most of the United States, coast to coast. 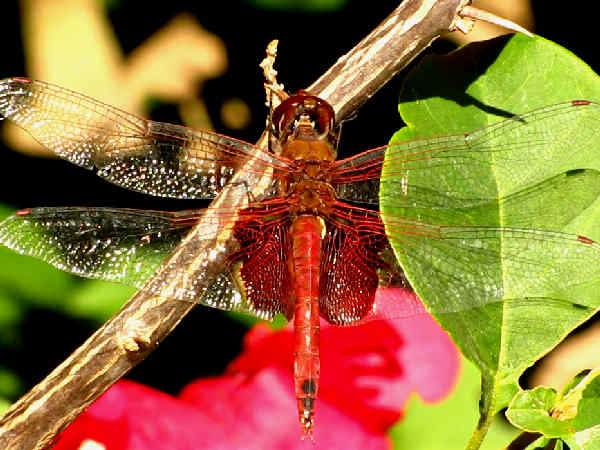