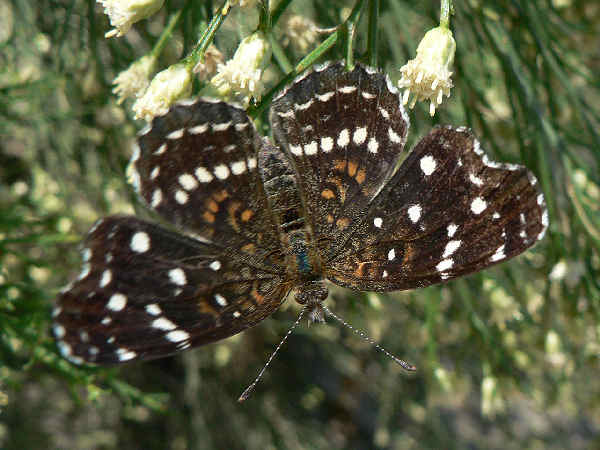 There’s two different genera of brushfoot butterflies that use the common name Crescent butterflies. With the exception of Texas and Florida, only species from one genera are common from coast to coast.

The Texan Crescent, the most widely established of the Anthanassa crescents, is a medium sized butterfly with a predominant black wing color with orange and white pattern marks. The typical black dots bordering the bottom of the wings on Phyciodes species is absent.

Texan Crescents are found in southern states from Florida to California, including, of course, Texas. A small Midwest population also exists. 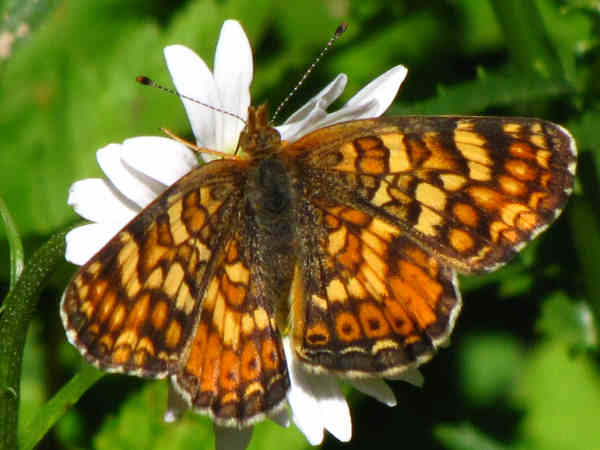 About one dozen Phyciodes Crescents are common in back yards, fields and forests from coast to coast. They fly low to the ground and can be thought of as the small butterflies with orange wings. The wing span of the species rarely exceeds one and one-half inches.

The small number of species and their geographic preferences means that usually all areas of the United States host about two species. Three species would be a high number. Given those numbers, it’s relatively easy to identify the local Crescent butterflies.

Starting with the most common crescent species from West to East begins with the Field Crescent butterfly (Phyciodes pulchella). It’s a common West Coast Phyciodes species that lives at both high and low elevations.

Caterpillars feed on plants in the aster family, and adults nectar on a variety of flowers.

Because of the abundance of aster plants in the Western United States, Field Crescents can be found through much of the spring, summer and early fall, depending on their geographic location. 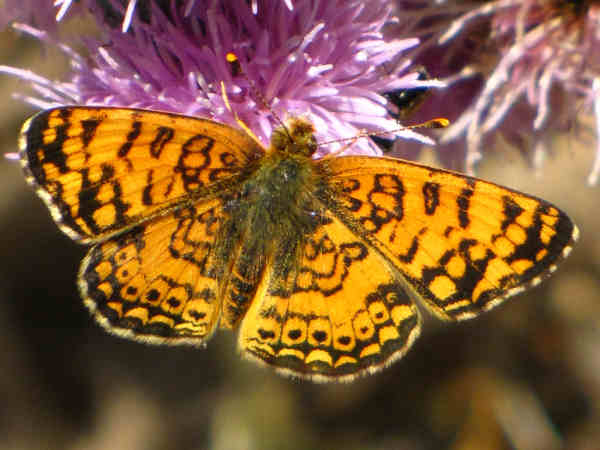 The Mylitta Crescent (Phyciodes mylitta), one of the smaller crescent butterflies in the United States, live in both fields and residential settings of Western North America.

The picture shows the species enlarged by a factor of two in order to highlight the predominant orange wing pattern. 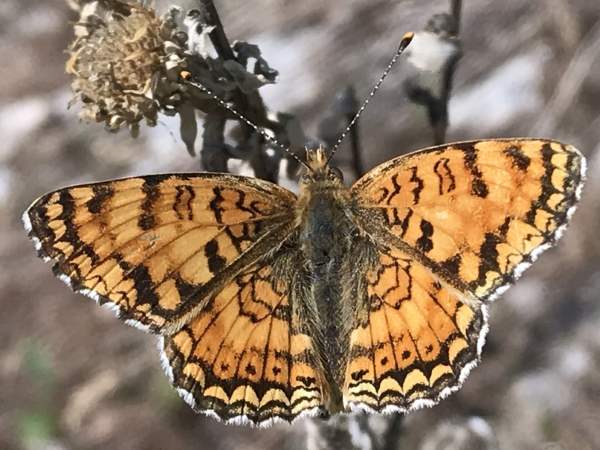 Pale Crescent Butterflies, another common Western crescents, can be found wherever thistle grows. Their wing span grows to about one and one-half inches. 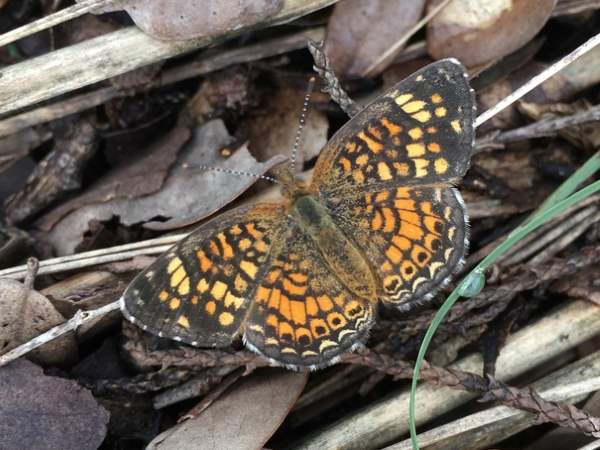 The range of the Vesta Crescent does not often extend past Texas, Oklahoma and New Mexico.

The dark borders around all the wings as seen from a top view of the butterfly tend to stand out and distinguish it from the Pearl Crescent.

Pearl Crescents rank as the most wide ranging of the Crescents. The larvae consume plants in the daisy family and they can be found from the Rocky Mountains to the East Coast.

The dark rim around the wings and the small size are a good field identification clue. In the South they are year round residents. 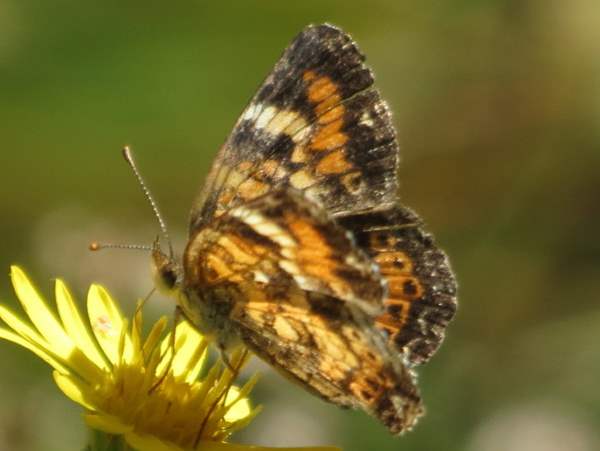 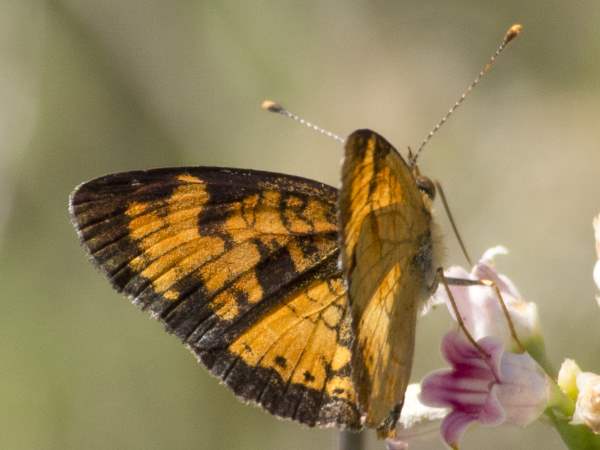 The name Northern Crescent explains the range. Along with the Rocky Mountain States, they can be found along the northern tier of the United States.

The colder climate makes them a late spring through early fall species, depending on elevation. Put daisies in the garden and there’s a chance the butterflies will be there. The leaves are larval food.