Colorado, one of the mountain prairie states can roughly be divided into a mountain western part and an eastern prairie part. The mountains, valleys, riparian areas and plains make for great wildlife diversity.

Like much of the west, Colorado hosts a good amount of animal diversity. For example, Colorado’s grasslands were the perfect habitat for the traditional western ungulates, bison, pronghorn, elk, deer and the official state mammal, the bighorn sheep.

While the story of the fate of the Bison is well known, less well known is the fact that the cities of Denver and Fort Collins maintain bison herds.

Genesee Park is an exit off of Interstate 70 on the way to Denver. The city has hosted a bison herd there for over one hundred years. More recently Fort Collins has introduced a small herd of Bison into the shortgrass prairie of the Soapstone Prairie Natural Area.

Pronghorn, more commonly known as antelopes, get their name from the forward projection of the antlers. Running up to fifty five miles per hour makes them the fastest land animal in the United States. Look for them in the grasslands of northern Colorado.

Of course, some ungulates adapt to the mountains. Mule Deer, Elk and Bighorn Sheep can also be seen in the Rocky Mountain National Park.

The park, along with most of the mountain areas are also home to larger carnivores such as bears, mountain lions and coyote.

Colorado wildlife also receives some special protections due to the state hosting sixteen public lands areas such as national trails, national monuments and national parks. They host a variety of nature areas with unique ecosystems.

The Great Sand Dunes National Park, for example, hosts an unique ecosystem, thirty square miles of dunes nestled next to a grassland and alpine ecosystem.

The park documents about sixty different mammals, including the ones listed above. 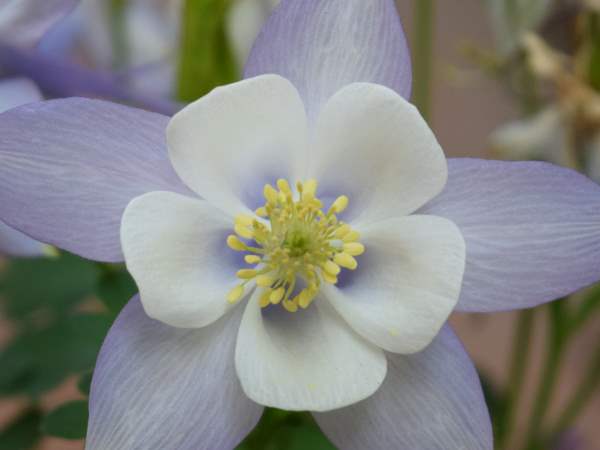 Over three thousand wildflowers spring from the ground during the spring and summer seasons, adding color to almost every inch of the state.

The blue columbine, a native wildflower, is the official state flower. Sometimes they can look a bit purple in color. The white inside petals are a distinctive characteristic.

When hiking, look but don’t pick. It’s illegal to pick them on public lands.

Late July and early August are the best times to see the blooms anyplace in the Rocky Mountains. Visitors to the parks can check for specialized wildflower paths.

As the site grows, more information covering Colorado will be added. Until then, press any of the following buttons to learn more about Colorado nature.