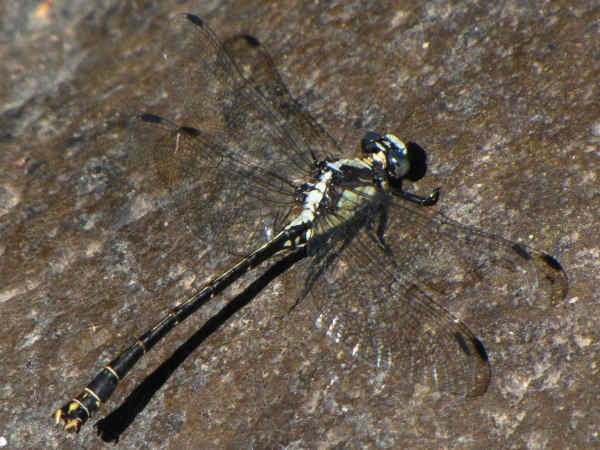 Second only to the skimmers in number of species, approximately one hundred clubtail dragonflies (Gomphidae) fly around the water areas of North America.

The common name derives from the comparatively, irregular appearance of the tail at the bottom of the abdomen. However, in physical terms, it’s really the separated eyes that characterize the family members.

Most, if not all Gomphidae species exhibit local geographical ranges. Each genera and species chooses a particular ecosystem and tends to stay put. For example, approximately twenty percent of the species have a range that extends to only one or two states. The Acuminate Snaketail (Ophiogomphus acuminatus) is documented for Alabama and Tennessee. The Chesapeake Snaketail is documented for Maryland.

Unsurprisingly, most clubtail species adapt to slow and fast moving water areas at all elevations. The good news for tourists to almost any state is that with a little walking and patience, a picture of a new Clubtail dragonfly species to add to a life list can almost always be right around the next corner.

The remainder of this page presents pictures and information covering a sample of representative species of clubtail drgonflies that lack the common name clubtail. Rather, they have names such as Spinylegs, Forceptails, Ringtails and Grappletails. Please press the Clubtail Pictures button for additional pictures and identification tips for Clubtail dragonflies that have the world clubtail as part of the common name.

The picture at the top of the page shows a side view of the male with white nose and white thorax stripes. There is also a yellow form. 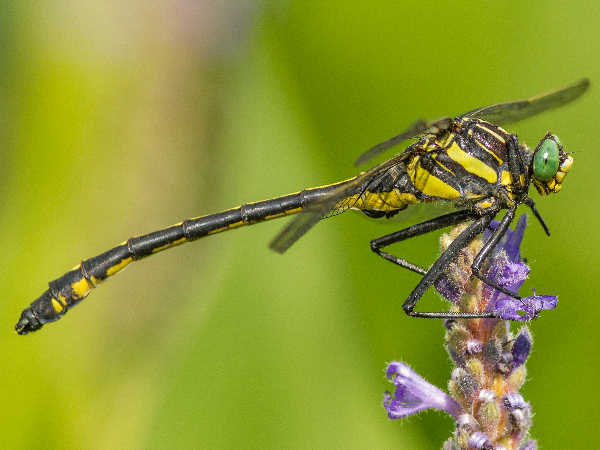 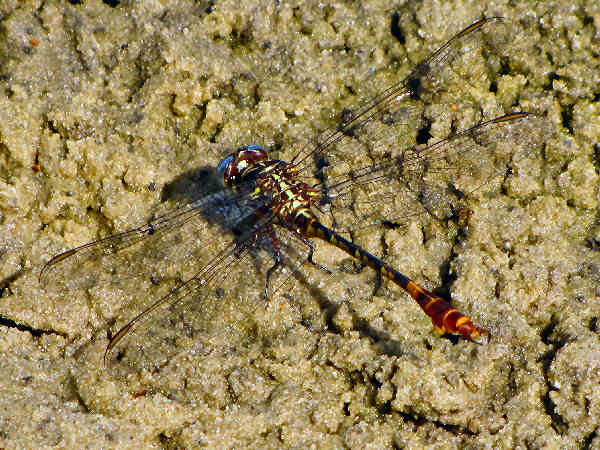 At the opposite end of North America, three forceptail species roam near slow moving waters.

The large size, blue eyes, and relatively bright colors of the Two-striped Forceptail (Aphylla williamsoni) in the fourth picture help to catch the eye of careful observers.

Males are a bit more colorful than females, having the reddish bottom of the abdomen contrast with the darker patterned abdominal top. The female abdomen is a more consistent dark color.

They fly from mid-summer to late fall. 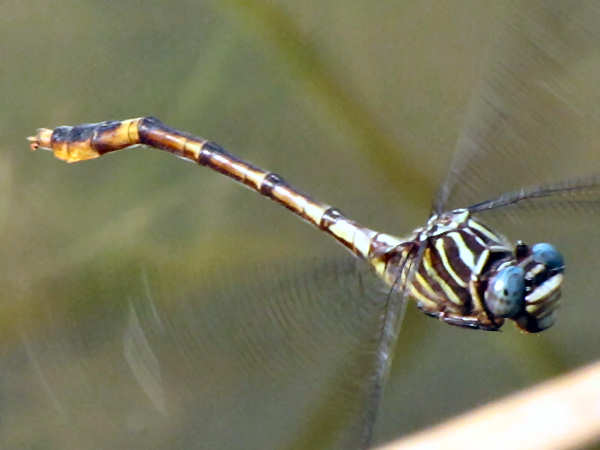 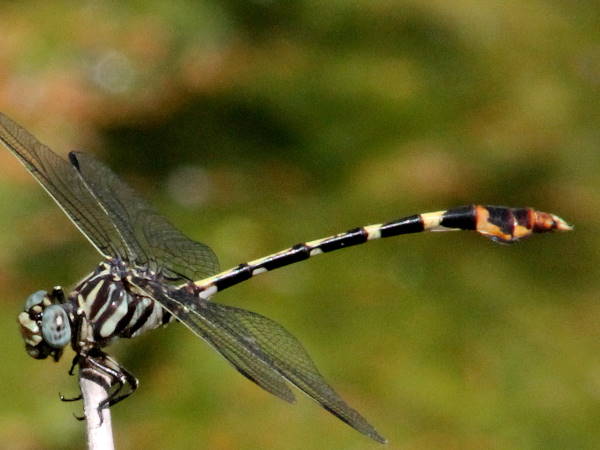 Leaftails are mostly a tropical and sub-tropical genera of clubtails. Two species, the Four-striped and Five-striped make appearances in Texas with spillover in New Mexico and Oklahoma. 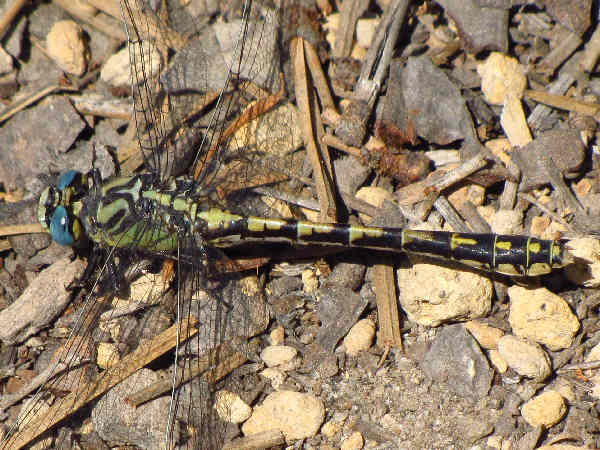 Sixteen Snaketail Dragonfly species (Ophiogomphus) initially get recognised by the presence of a pronounced yellow and/or green thorax.

Snaketails adapt to multiple ecosystems, with species found in slow and fast moving water areas at most elevations.

The Great Basin Snaketail (Ophiogomphus morrisoni), for example, live in the high mountain areas of the Southern Cascades (Oregon) and Northern Sierra Nevada Mountains (California and Nevada). Some individuals are also known to fly down to the valleys.

The picture shows a side view of a male with a hint of the long patch of white along the side that starts at the top of the abdomen.

The yellow tips of the tail with their small, dark dots, are good field identification clues. 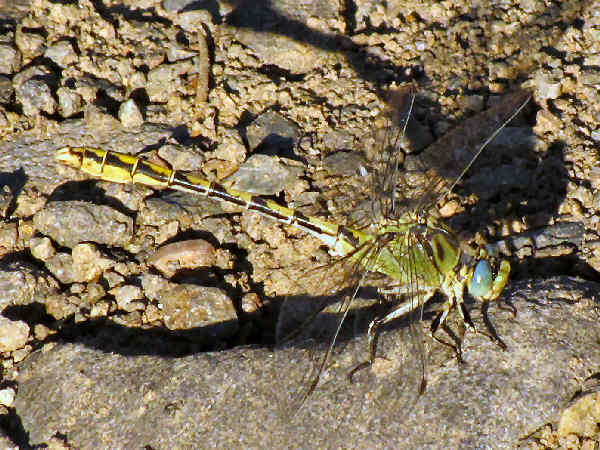 The Pale Snaketail (Ophiogomphus severus), on the other hand, prefers low elevation mountain streams throughout the West, partially into the Midwest.

Males and females look similar, with the green thorax serving as the primary field identification clue.

Bison Snaketails look similar, however they have a distinct brown stripe on the thorax. 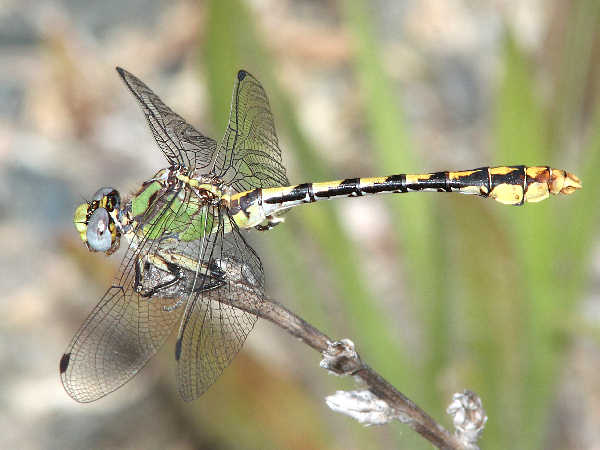 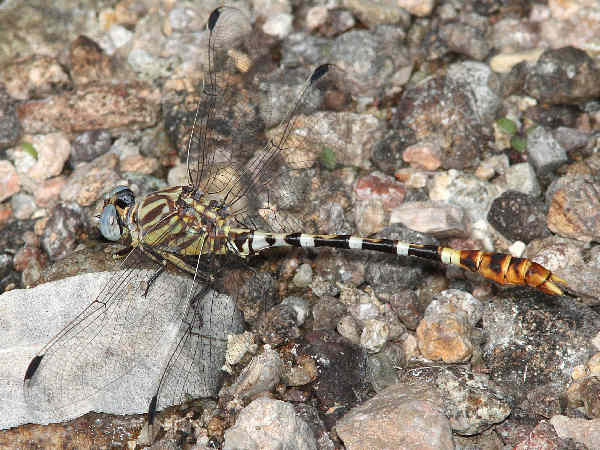 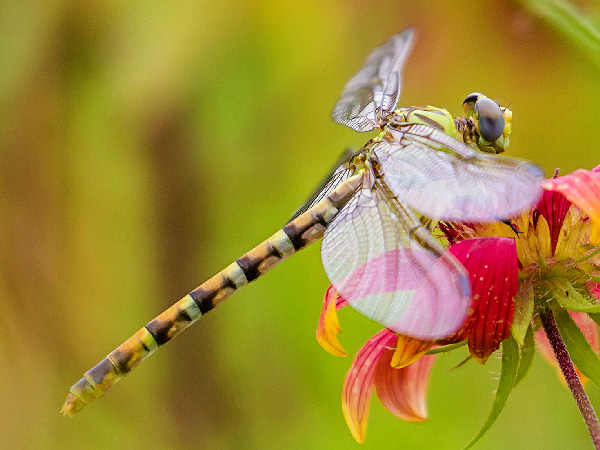 The species directly above this paragraph, the Eastern Ringtail has a range that extends across most of the area east of the Rocky Mountains. The final species, the White-belted Ringtail lives in the West, including the Rocky Mountain states and California, Oregon and Washington. 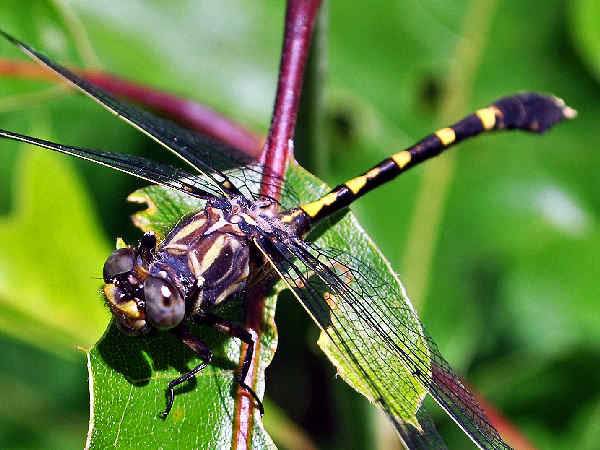 Four Sanddragon species live in the United States, with the Common Sanddragon in the picture, having the widest range. It can be found in most states east of the Rocky Mountains. 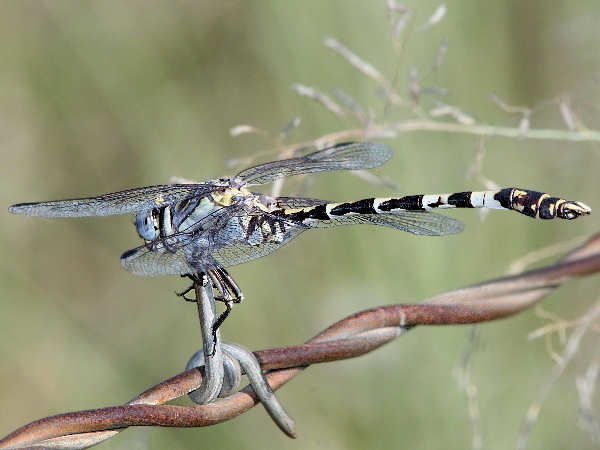 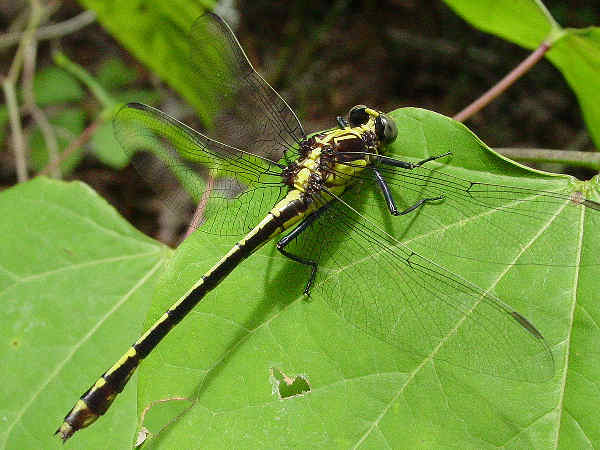 Spinylegs are strictly an Eastern genera of clubtails with three species documented. The picture shows a Black-shouldered Spinylegs, the most common species. It can be found in almost all states east of the Rocky Mountains.