Welcome. The chickadee pictures section covers the ten small and active Paridae species, the Chickadees and Titmice that take up residence in North American fields, forests and residential areas. The familiar chick-a-dee-dee-dee song of most chickadees greets the ears of visitors within their range. Please press the green birds button to see additional videos and pictures of North American birds.

Most Chickadees reside year-round in their territory, although some migrate short distances during winter in search of a more consistent food source. Their diet varies depending on season and usually consists of insects, fruit and seeds. During winter they naturally visit backyard bird feeders. The video at the top of the page shows the Black-capped Chickadee building a nest. Officially designated the state bird of Maine and Massachusetts, they can be easily identified by the presence of black feather patches on the head and throat. 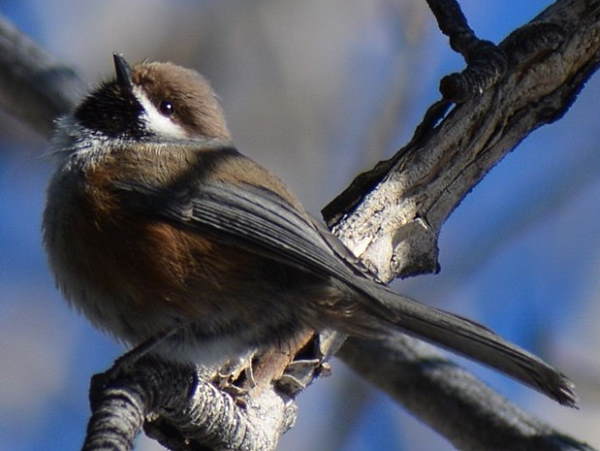 The National Audubon Society lists the Boreal Chickadee, a species at home in boreal forests from Alaska to Maine, as one of the top five common North American birds experiencing severe population decline. 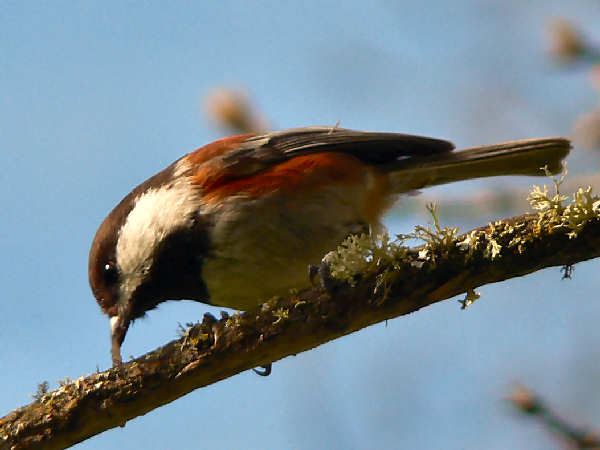 Chestnut-backed Chickadees have a range limited to the Northwest coastal areas up through southern Alaska. The chestnut coloring on the feathers makes for easy identification. 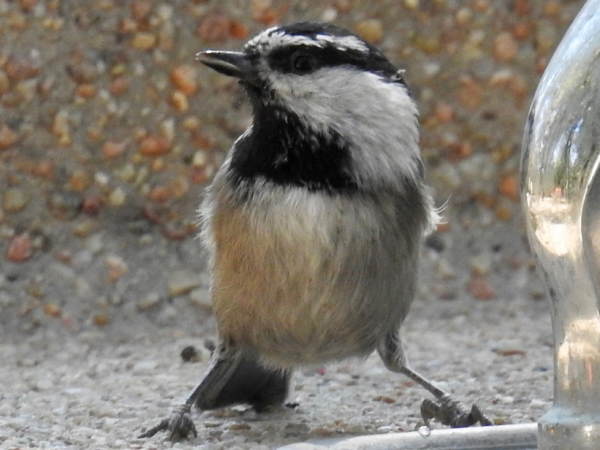 Mountain Chickadees can easily be distinguished from the Black-capped chickadees by the presence of the white band in the otherwise black cap. Their range extends a bit wider than the Chestnut-backed chickadees. Look for them from Canada to the Southwest in both the Cascades and Rocky mountain areas. 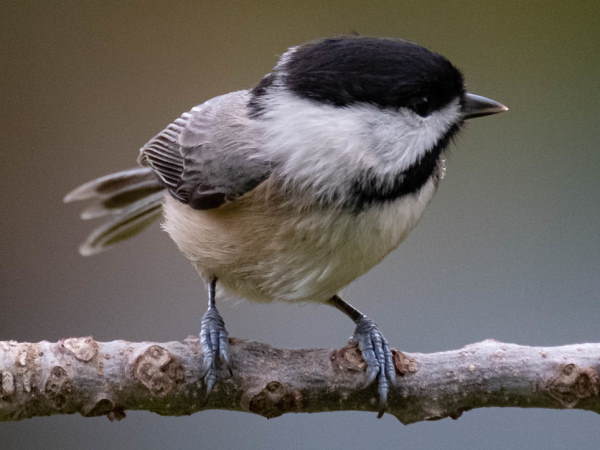 In the Southeast, the Carolina Chickadee brightens up the backyards of folks on a daily basis. They look very similar to the Black-capped Chickadees, with some differences in wing feathers. In areas where the two species overlap, the species with the more grayish wing and tail feathers belong to the Carolina Chickadee. 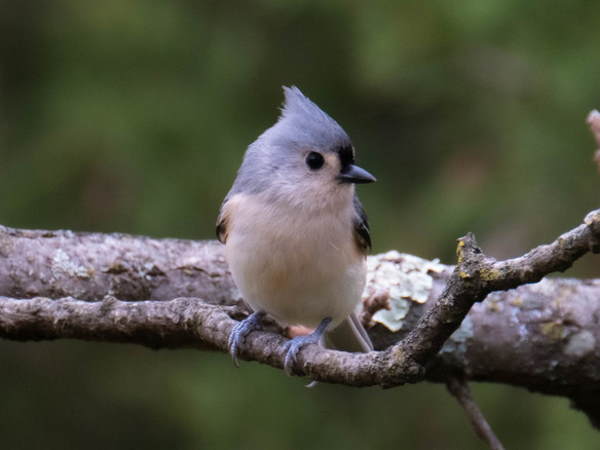 Another common visitor the to backyard feeders in the east is the related Tufted Titmouse. Southeast residents who commonly watch both species around the backyard bird feeder might notice that more often than not, the titmice rank above the chickadees in the pecking order and usually eat at the feeder first. A scroll down the page shows that Titmice are forest birds. They are what is called secondary cavity nesters, that use trees that already have holes present as their nesting sites. 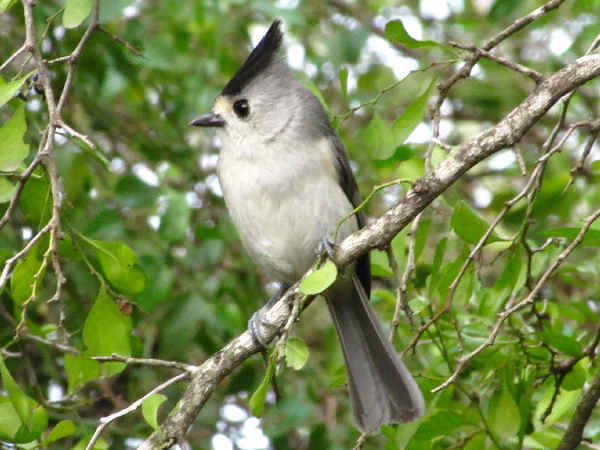 The remainder of the titmice have very limited ranges. Black-crested Titmouse are the dominant species of Texas and northern Mexico. They happily appear at feeders. There’s no mistaking it for another species. 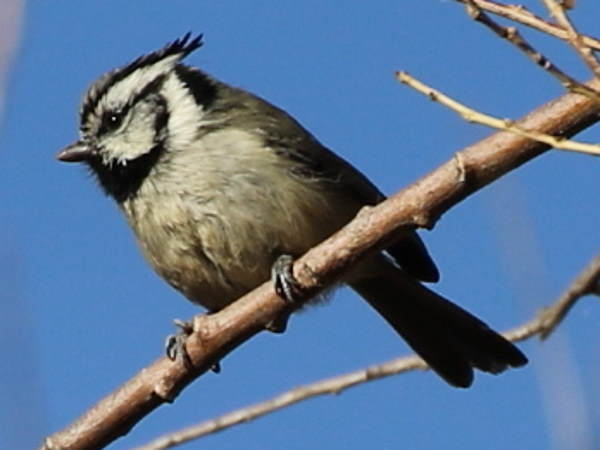 Bridled Titmouse live year round in both southern Arizona and New Mexico. 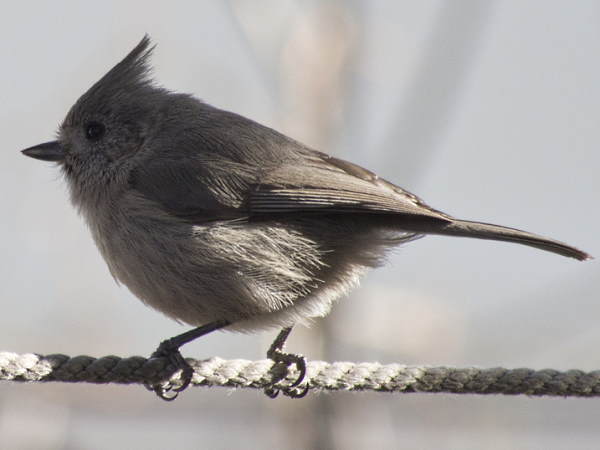 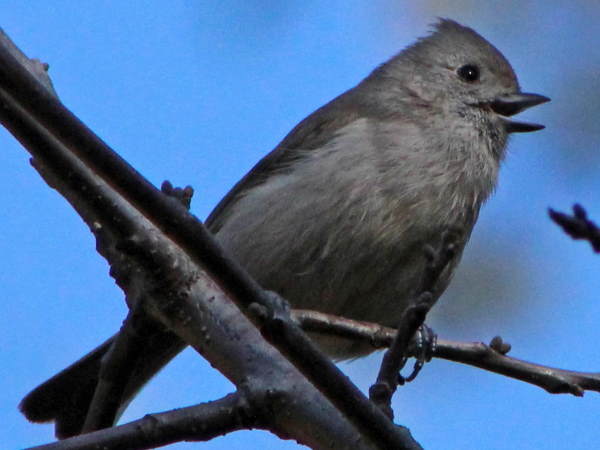 One upon a time, mighty patches of oak trees filled areas along the Pacific Coast. Some have survived and the Oak Titmouse makes a year round home from southern Oregon and along the California coast.